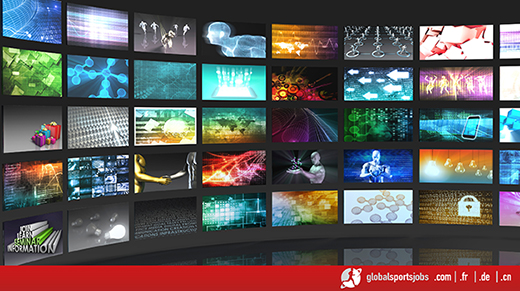 Social media sites streaming live sports events could become the new normal as the first of 10 regular-season NFL games will soon be streamed for free on Twitter – the site best known for its 140-character limit.

The impact that live streaming initiatives from Twitter and Facebook could have on sports fans and the sports industry is far-reaching. The NFL’s announcement of its streaming partnership with Twitter in April was just the start.

Twitter has since conducted its first test with Wimbledon , streaming match replays and interviews with a video player on one side of the screen and a feed of related tweets on the other. Twitter and Facebook Live both streamed PGA Tour coverage of The Barclays on Thursday and Friday, and also as part of the test, they will do the streaming again later this week for the opening rounds of the Deutche Bank Championship. Much more is to come.

Twitter during a two-week stretch in July announced partnerships to stream live games in the future from Major League Baseball, the National Hockey League, the Pac-12, and the numerous college conferences tied to Campus Insiders. The National Basketball Association is also teaming up with Twitter to create an exclusive live NBA pregame show.

Facebook had its negotiations for streaming rights to NFL games fall apart, but the social network already has streamed at least a dozen live sporting events. Nine USA Basketball Men’s and Women’s National Team exhibition games appeared on Facebook Live via the Facebook pages of the NBA and USA Basketball before the start of the Olympic Games.

Facebook also has an affinity for streaming soccer. On the Facebook pages of star players Alex Morgan and Wayne Rooney, respectively, the Orlando Pride match on April 23 and Manchester United-Everton friendly on Aug. 3 could be seen live. Facebook also live streamed a Spanish Women’s First Division match on May 28.

“Ten years ago, most of what we shared and consumed online was text,” Facebook CEO Mark Zuckerberg said last month on a conference call to discuss the company’s financial results in the second quarter . “Now it’s photos, and soon most of it will be video. We see a world that is video first with video at the heart of all of our apps and service.”

Pac-12 commissioner Larry Scott recognized that in such rapidly changing media industry, there would be new distribution and engagement platforms that would benefit the conference and its fans.

The Pac-12 agreed to have Twitter live stream in the upcoming academic year at least 150 of the conference’s Olympic sports events – there was no mention of football or basketball games – enabling competitions that are traditionally under-distributed to be seen globally.

Shortly after the announcement, Scott addressed the subject in a press conference that happened to be streamed on Facebook Live and Periscope.

“These partnerships point toward a future where content produced by Pac-12 Networks and our universities is more valuable than ever, will reach more fans than ever through these innovative platforms, delivering more than just convenient viewing, but also richer, more connected experience for our current fans and our future fans,” Scott said.

It’s the NFL that will command the most attention and serve as the closest thing to must-see streaming for Twitter, which boasts a monthly average users total of 313 million who are logged in and also 500 million non-registered users. That worldwide audience will have access to the 10 NFL games this season for free at a time when the league looks to grow the game overseas. Though authentication is not required to watch, the presence of live content is designed in part to build awareness of the accompanying timeline of conversations happening on Twitter.

“Connected audiences drive virality and they drive popularity,” Twitter chief operating officer Adam Bain said in the company’s second quarter earnings conference call last month. “And when something happens on Twitter now in live video, that can be pushed out and shared with many others to make the audience even bigger in that in-moment in that experience. And that’s allowed us to win a lot of these deals.”

An increase in registered users and engagement could result from the addition of live NFL content on Twitter, which already got a boost in advertising revenue. Bain said demand for advertising for the NFL package of games was “really strong” and that some of it had already been sold to Anheuser-Busch, Verizon, Sony and Nestlé.

Twitter looked to reposition itself and focus on live streaming video at a time when the company continued to struggle to add new users, fall short of revenue projections and see its stock plunge. Even as Twitter went on a sports streaming rights-buying binge, chief financial officer Anthony Noto cautioned that the NFL deal included only two games before the end of September and the end of the third quarter. Reaping the financial benefits from sports partnerships could take some time.

After the New York Times reported on Aug. 14 that Twitter was in talks with Apple to bring the Twitter app to Apple TV and enable fans to stream games, the stock soared momentarily. Twitter’s stock then tumbled back down four days later after investment bank advisory firm Evercore ISI downgraded it to sell.

There remains hope that the recent run of sports streaming deals could spark a turnaround for Twitter, as evidenced by the excitement on Wall Street about the potential of bringing live NFL games to a different viewing experience.

“To keep itself competitive, Twitter should play to its strengths,” eMarketer forecasting analyst Oscar Orozco said in a statement . “It has had success with live broadcasting and should continue to make deals to stream sports and political events. Video is now the No. 1 ad format in terms of revenue. By continuing to invest in video, particularly live video, Twitter could potentially begin to more successfully monetize and grow its user base.”

To read the original article from our editorial partner, SportTechie, click here .

Give your career in sport a boost with the latest live vacancies in Media, Technology & Broadcast , or create an account today and stay up to date with all the latest industry knowledge, events and jobs in sport.