The Uberization of the Fitness Industry 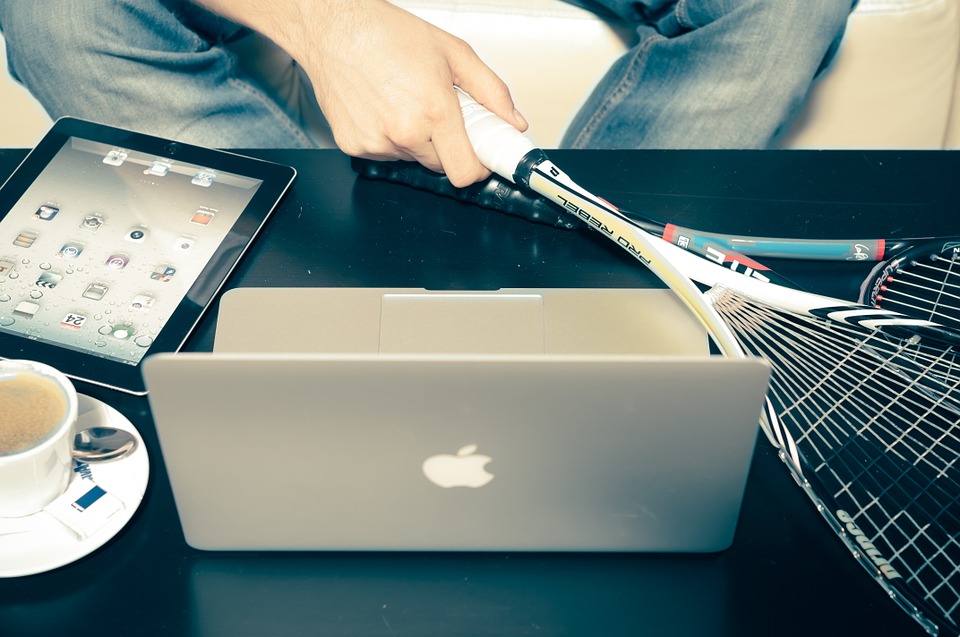 The commercialisation of sport initially led to many technological advances for elite athlete but today we see how technology is also embracing the average exerciser. Professor James Skinner and Professor Aaron Smith from the Institute for Sport Business: Loughborough London have analysed these advances in detail and share their insights into the changing fitness industry.

When we talk about technology in sport, this is more than simple changes to the equipment. We also see this in the blue-chip revolution of portable powerful computer processor chips. Sport is just one example of a sector being commercialised via blue chip. This has resulted in smart equipment and wearables, mobile technology and virtual reality environments, all of these originated in elite sport. For example, between Q4 2014 and Q4 2015, the wearables market saw an increase of 126.9% in sales, and projections estimate that by 2020 the wearable technology market will be worth almost $35 billion.

Although elite sport has driven innovation, the fitness industry is following suite. The fitness industry is experiencing a mobile technological revolution much like the rest of the society. Francis Sanzaro believes the fitness industry is not the first industry to be targeted by technological entrepreneurs. “This is a bigger trend in general. It happened in education with “online universities,” transportation with Uber, music with Pandora and lodging with Airbnb. The "Uberization" of the economy begins with a touch of a smartphone button. Need a ride to the airport? An Uber will arrive at your door in minutes. Running late for work but still need your coffee? Order ahead on the Starbucks app. Want to grab a workout on your way home from work? The ClassPass app provides quick mobile check-in to cycling and yoga studios in the area ( source ).The crossover was almost inevitable.

So, where did this growth come from? Elite sports have always been interested in capturing more information on the performance of its athletes in an attempt to improve performance. 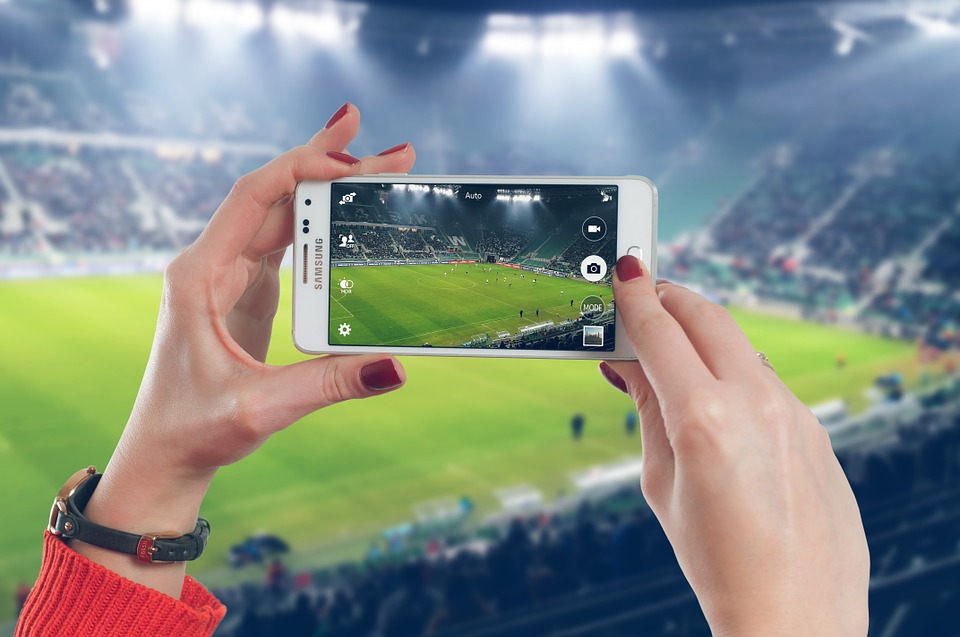 The demand for personalised fitness equipment/unique user experience/advice; mobile phone lifestyle; greater public knowledge and interest in health; user demand for information and data has made technology that was once only used in the elite sporting arena popular with the masses.

The simultaneous growth of apps that link to the wearable tech growth all ties into the modern mobile phone lifestyle allowing information to be at your fingertips. Apps are being used in elite sport, for example, all professional athletes can now download the WADA app to check banned substances. It is now common however to see apps for Nutrition (FitnessPal), Coaching (Coach’s eye, sportplan, longomatch), Training (mapmyrun) and administration (teamer, onsport, mylocalpitch). This is a connection with the gym outside the gym and apps have streamlined a number of tasks for individuals, teams and coaches and provide a wealth of information.

We have also seen the introduction of virtual reality technology. In the elite domain, we see the use of headsets for acclimatisation and visualisation before competition, feedback on performance, as well as brain training style activities. This technology reduces the physical stress on athletes using a virtual environment to train, play and improve decision making. Options are also open to regular exercisers? For example, of Wii fit, the Tour de France bike (exercise bike linked to the TV that allows users to ride stages of the Tour de France as the bike simulates the inclines etc.) and the Oculus Rift headset which is estimated to be worth $2 billion because of the expected impact.

We are also seeing the wider impact of sports technology on the health of the general population. Blood pressure and cardiovascular disease e.g., strokes can be tracked by portable cardiograms in phone cases, blood sugar and type 2 diabetes are being monitored through technology, while technology is playing a key part in weight control and managing obesity. Similarly, technology is being used to reduce the likelihood of the development of types of disease by altering sedentary habits before they become a problem by providing doctors greater information on patients.

Sport technology is contributing to improving healthy behaviour. In the past, the relationship between sport and technology was viewed as a negative relationship. Now we are seeing how technology can engage children with physical activity in fun ways beyond engaging in completion or formal settings. Microsoft, Nintendo and Sony have both developed gaming systems that incorporate physical activity. The UK youth sport trust has even tried to get technology involved in P.E lessons to engage on their level. Young people are able to get better access to facilities – for example the ‘my local pitch’ app allows anyone to book a playing facility hassle free as well as highlighting free resources. The internet means people are more aware of different sports.

Augmented and virtual reality are turning simple physical activities into games to encourage people to make healthier lifestyle choices. The Pokémon Go app used augmented reality and GPS to incentivised walking. This focus on persuasive technology motivates children to adopt healthier habits without explicitly being told to do so. Although daily users have dropped from 28 million at initial release to 5 million, in terms of encouraging walking as a form of exercise, this could be considered a success. The app was downloaded over 500 million times and the average users steps increased per day by 26%. This is without factoring in the $1 billion in revenue since its creation as a free to play game.

Wearable technology with GPS capabilities such as shoes and watches linked to earphones is allowing blind people to navigate streets unassisted, and this has transferred to using gym equipment as well as running and cycling. Virtual environments facilitate safe spaces to exercise in and do not require going to another venue for the house bound, while specialist needs are also driving innovation as technology emerged for better arm tracking when trying to measure activity pushing a wheelchair. CarePredict is a perfect example, tracking the movement at home of isolated single elderly people. While only 19 percent of people with no chronic conditions track their health indicators, 40 percent of adults with one chronic condition do so, and 62 percent of adults with two chronic conditions do so. So far this year $2.8 billion has been spent on wearable medical devices, and that’s expected to grow to $8.3 billion in the next five years. With the widespread adoption of technology, the sport and fitness industry also has a chance to create impact in poor communities. The cost of microchips is reducing and technology is becoming affordable to the poorest.

Technology can go beyond getting people fit. Data is being used to design cities that are more exercise friendly. Strava's co-founder, Mark Gainey, has explained how they have shared the data received from their users with city planners in order to help them plan new cycling and running routes which will cater to the needs and the safety of everyone involved. Professional sports teams are investing more money into ensuring performance, but also the technology behind recovery from performance. The Boston Red Sox have specially designed sleeping environments controlled by technology facilitating better sleep for their athletes. From this innovation in recovery, ‘smart’ mattresses are now available.

So, what does this mean for the future uses of big data for the fitness industry. First, the typical runner now has information available to them previously reserved for the elite within laboratories such as VO2 max and ground impact times. Now due to accelerometers users are getting feedback on more advanced physiological measures such as gait patterns and posture during the day. Advances in technology are also changing the way we learn about exercise habits. Accelerometers are giving researchers access to patterns of movement and exercise 24/7. This coupled with other developments such as in-built heart rate monitors, nutrition tracking apps and the down-sizing of microchips, researchers are in an age of detailed patient information beyond anything previously experienced.

The future will also see the continued rise of streaming services online for sport with more people being given the opportunity to watch previously private events. The NFL/MLB/NBA have created their own internet streaming services for customers. The NFL has been shown for free on Twitter and the Champions league final shown live and free on YouTube, and although Facebook may have failed with its $600 million bid to stream Indian cricket this is only the beginning. This greater audience and access to sport compared to previous pay-per-view and subscription models may also encourage greater participation.

In summary, it is clear that technological advances in professional sport have transferred to the fitness industry and the well-being of the general population. The commercialisation of professional sport has driven sports technology and we are now seeing the ‘Uberization’ of the fitness industry. Wearable technology, apps and virtual reality are bringing physical activity to the young after a period of decreased levels of activity and other groups in society are also benefitting. While most point to the impacts of technological innovations in sport it is clear the crossover to the health and fitness industry is having an exceptional impact.

This article was written by Professor James Skinner and Professor Aaron Smith from the Institute for Sport Business: Loughborough University London.