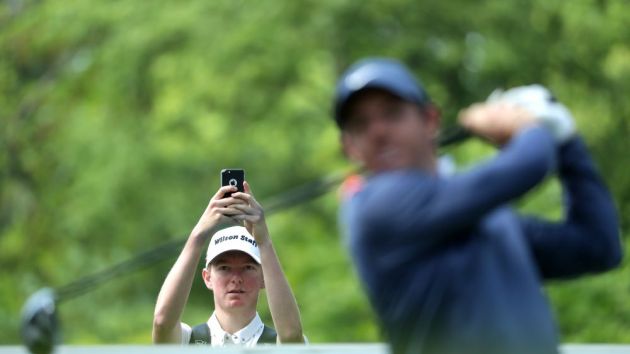 “I consider this to be the most technologically challenging sport in the industry,” says the European Tour’s Michael Cole as he addresses SportsPro’s query about the difficulties of pursuing innovation in golf.

Cole’s marked relaxation to a seemingly daunting prospect may have seemed a touch jarring for those listening, but his demeanor, as it turns out, is thanks to how the European Tour is working to face the task head on.

Cole, the tour’s chief technology officer, was speaking as he unveiled the shortlisted ideas for its new Innovation Hub. The concept, created alongside global partner Tata Communications, calls on startups worldwide to develop new solutions to transform the game of golf for fans and broadcasters.

“We’re probably the first in the golf industry to run an innovation forum,” notes Cole. “It’s there to address the real challenges and benefits we can address through technology.

“We’re looking for those ideas that can reach out to that new world, that can convert the one-time spectator into a loyal fan and look at ideas that can further drive loyalty within our fanatical fanbase.”

Want to shape the future of golf through technology?

The winning entrant will be announced during the 2020 season and see its technology in action during the European Tour next year.

While the prize for those companies is to work with a major rights holder, for Cole, the tour’s commitment to technology comes as a by-product of the sport’s nature.

“We are totally about temporary overlay. We have to build up that town, that infrastructure. This doesn’t happen in any other sport.

“It provides a platform for great opportunity because of the challenges we have to address that complexity.” 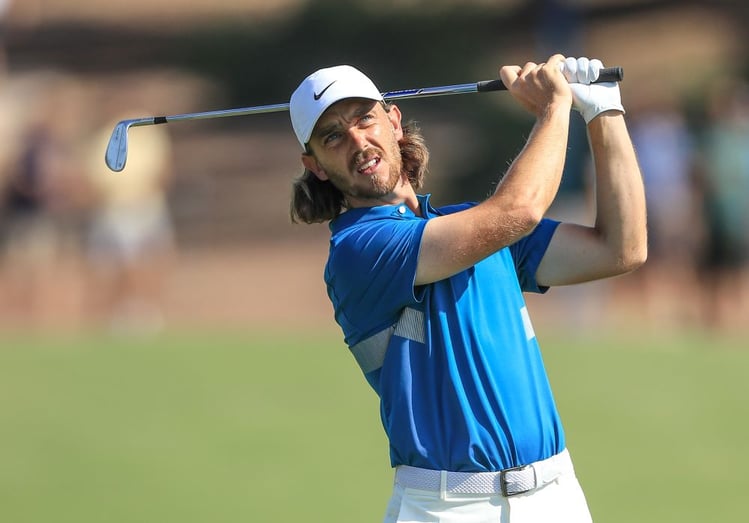 The European Tour holds 46 tournaments across 31 countries each year

As Cole rightly points out, the European Tour does not have a permanent home or stadium. It is more akin to a travelling circus, with hospitality, media centres and a weatherman included, as it hops from venue to venue. That nomadic existence could be a hinderance in the quest for consistent content and data gathering, but, if anything, it forms part of the tour’s long-term vision.

“We want to go from building a small town to a smart city. That is the goal,” states Cole. “That is where everything is connected. You’re driving exciting intelligence right across the key elements of what makes a tournament function.”

The building blocks are already being put in place for this smart city vision. A recently signed data distribution deal with IMG Arena, tailored content and even working with the eGull mobile app to develop new golf formats are just a few of the ways the European Tour is trying to create a destination where it can cater to the needs of fans, players and the media.

“Golf has suffered for many years, I believe, in being an untold story and the true role technology plays. I think we’re about to change that,” says Cole (pictured).

Whilst the field of play and the challenges it presents are not getting any smaller, the breadth of the European Tour also stretches far beyond the continent. Comprising 46 tournaments across 31 countries per year, the tour’s net continues to be cast wider. One of those 31 countries, contentiously, is Saudi Arabia, where the European Tour returns for a second time in 2020. Whilst the kingdom’s human rights record is questionable, to say the least, the Saudi’s desire to host an event underlines the European Tour as a major player on the global stage.

In bidding to maintain that status, the European Tour recently announced the launch of a new brand strategy, complete with a revamped logo, website and app. However, Cole points to the data drive element as the foundation from which the European Tour can strike enduring success.

“Part of our strategy is how we can we work with that vast array of data that is now being collected across our tournaments,” he explains. “That data creates insights and intelligence that we can utilise around the operations and commercial partners to drive real benefit.”

Tapping into the seemingly bottomless treasure chest of statistics is nothing new for sports organisations. It is one thing having the figures, but it is another thing entirely knowing what to do with them. Producing engaging content for fans old and new is the plan, with data serving as the guiding light.

The European Tour has been collecting scoring data since it was founded in 1972, with its evolution now taking it into the partnership with IMG Arena to leverage that information with media originations, as well as regulated sports betting and gaming markets.

“The real opportunity that our venture with IMG brings is a new data collection system,” adds Cole. Specifically, it will enable the European Tour to go from around 80 volunteers per event to 60 full-time scorers collecting data on every stroke from every player in real-time. All in, it equates to up to 700,000 data points per tournament.

“We’re trying to change the conversation around golf and change it to reach out to new audiences and engage with different communities in different ways,” explains Cole. “We are addressing that challenge through our approach, utilising different formats of the game. Again, technology has a key role in underpinning that transformation.”

We’re trying to change the conversation around golf and change it to reach out to new audiences and engage with different communities in different ways.

The club of choice to beat golf with is its inaccessibility for the new or casual fan. Whether that be on the course – a set of decent clubs and a dedicated course is hardly jumpers for goalposts – or on the sofa as pay-TV broadcasters take the bulk of major championships from their free-to-air (FTA) counterparts, the sport must also face the challenges of a changing customer landscape.

Cole, who worked across a string of Olympic Games before joining the European Tour, maintains that fronting up to that change is essential for any sports company, let alone golf.

“We have to recognise the consumer world is changing rapidly with the way people want to consume content,” he says. “It’s about personalisation and channels of choice at a time that suits them, not us.

“We no longer see ourselves as a sports company where golf is a product, we see ourselves as an entertainment player and that’s about creating content. Our challenge is how we create that content that can be consumed by a worldwide audience.”

More and more sports properties are discovering, sometimes too late, that the one size fits all approach is dead. With it went the convenience rights holders had of consumers coming to them when and where they wanted. The explosion of on demand content, over-the-top (OTT) streaming and social media means the roles have reversed. If the European Tour cannot offer what a fan wants then and now, they will go somewhere else that can.

It is why the tour claims to be putting its weight behind quality as much as it is quantity. Throwing stuff at a giant wall and seeing what sticks will not hold for long.

“If we can bridge that gap from the on field spectator to the armchair fan and create better content that is going to provide both audiences with an immersive environment then we believe we’ll be successful.

“That isn’t just about scoring either. Why couldn’t we put 360 degree cameras on the putting practice area? At the Ryder Cup we decided to capture unique footage from the press conferences and stream that out through our app.”

The European Tour has also dipped its toe into the competitive gaming waters with after teaming up with DreamHack and Topgolf Entertainment to create the sport’s first esports series. As part of the tie-up, DreamHack will also provide its streaming production capabilities to distribute content from all six of the new European eTour events across broadcast, digital and social media platforms.

The European Tour has entered the world of esports, a first for golf

For Cole, success is not just limited to outdoing other golf bodies. Organisations like the European Tour often have the unenviable task of competing with broadcasters on the content front, with their budgets, resources, and aforementioned reach, putting rights holders at a disadvantage as they try to spin multiple plates. To compare, most soccer fans in the UK tend to favour social content from Sky Sports and BT Sport for their Premier League fix, not the soccer league itself.

But with its data roadmap laid bare, what is to stop the European Tour from serving up unique content that broadcasters have not tapped into?

“This is all about unique content that isn’t necessarily available through broadcast media and the world feed,” confirms Cole. “Actually we’re making it available even to those spectators on the course itself.”

For a sport labelled as closed off and elitist, Cole is intent on demystifying the experience with technology in an effort to generate excitement for viewers. Embracing the unexpected in golf appears to be a key ingredient too.

“A great example would be the culmination of the Turkish Open where we had a six man play-off over four holes being played under floodlights,” Cole reveals. “The feedback we’ve had was just phenomenal in terms of the experience that created.

“It’s about taking those experiences and that feedback to then bring into our thinking around how technology can create more of an immersive environment for on course and armchair fans.”

Whether the European Tour can be the vanguard of innovation for golf, and even sport as a whole, only time will tell. While Cole readily admits the organisation does not have all the answers, it is continuing to search for ways to solve the consumer jigsaw.

This article is from our partner SportsPro Media. Michael Cole will be speaking at their upcoming SportsPro LIve event in London on ‘Teeing up technology: The European Tour’s innovative drive.'  You can download the event agenda here. 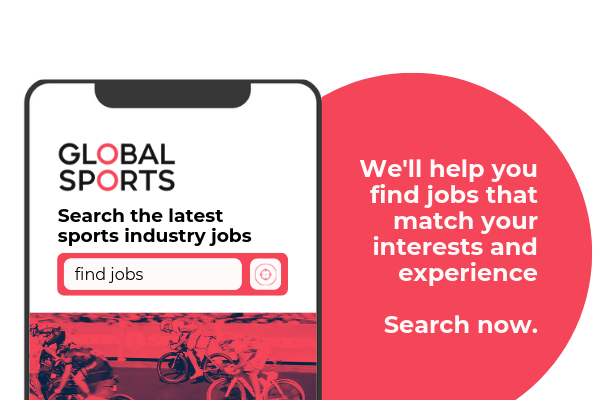 END_OF_DOCUMENT_TOKEN_TO_BE_REPLACED

Today’s global sport industry has an estimated worth of $620 billion. Yet, as the American sports structure continues to...

END_OF_DOCUMENT_TOKEN_TO_BE_REPLACED

The Coronavirus: Not the First Global Health Crisis for Sport

With dozens of international sport events having been postponed or cancelled around the world amid the outbreak of the C...