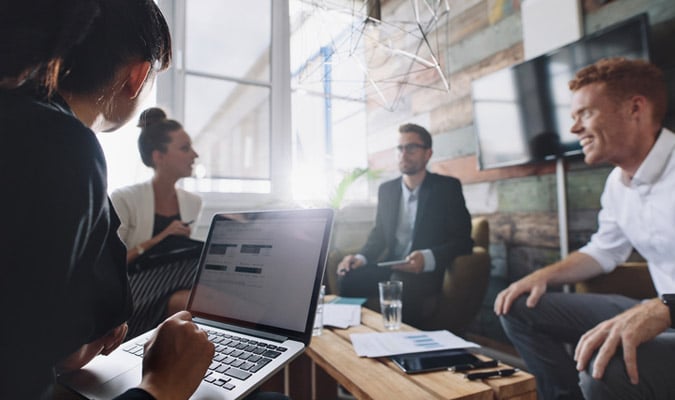 Sport, by definition, can be a competitive environment. Pressure to achieve is placed on individuals and organisations, both from a performance and a business perspective. Understanding and improving organisational culture and governance as sporting bodies navigate increasingly commercialised and often high-profile environments, will support the successful growth of sport. We investigate the topics surrounding governance frameworks in sport, and practical advice to support managing change.

We have seen a series of high-profile failures, often attributed to shortcomings in governance, at international sports federations, domestic national governing bodies and individual clubs.These have negatively impacted the organisations themselves, their disciplines and sport in general, with outcomes ranging from serious reputational damage, third-party investigations and legal proceedings to, in the worst cases, grave suffering at the human level.

As the sector in the UK – the publicly-funded element of it, at least – continues to embed the Code for Sports Governance in order to drive improvements in the way organisations are run, there is a growing realisation that rules-based compliance cannot on its own deliver healthy behaviour in sports bodies, as in any other.

Across all sectors there is an awareness that actions are determined to a significant degree by the culture of the entity concerned.

A better understanding
In 2014, an independent report to FIFA’s executive committee noted that the reason for inappropriate conduct is ‘almost always a combination of personal greed, a breakdown in systems and controls and a lack of ethical and moral culture within an organisation.’

This encapsulates the increasingly accepted position that the mechanics of governance – policies and processes – go hand in hand with the organisational dynamics, attitudes and behaviour that are interwoven with them.

Boards are increasingly placing the issue of culture on their risk registers, but it remains a relatively poorly understood concept and, lacking the urgency and discrete timing constraints of other agenda items, is too frequently relegated beneath seemingly more pressing matters.

Earlier this year ICSA invited representatives from different areas of sport – board members, national governing body (NGB) staff, governance professionals and sector umbrella bodies – to discuss the challenges to a positive culture in sports bodies and to suggest ways to embed and promote more desirable behaviour.

To fully understand organisational culture, one must go beyond the ‘how’ of ‘the way we do things around here’ definition often quoted. The forces that govern behaviour must also be taken to include what an organisation does – its overall purpose and the activities it undertakes in pursuit of them – and why it does them.

In fact, the ‘why’ ought perhaps to be the starting point, as so much of what an organisation does and how it does it stems from why it exists in the first place – from what it wants to achieve.

Warped norms
The Local Government Network recently argued that the norms and values which determine behaviour result from complex processes of emulation and reinforcement among colleagues in an organisation and can sometimes run counter to the stated values held by the organisation itself.

A huge part of sport’s appeal is competition. But if taken beyond acceptable bounds, can this underlying competitiveness and survival-of-the-fittest mentality adversely affect behaviour?

For example, it might be argued a ‘macho’ culture contributes to a reluctance to admit, or a tendency to mask, injury, thereby inviting long-term problems. It might also be a contributing factor to attitudes to mental health or sexuality, which leave some sporting environments, despite recent progress, to be considered as unsafe for individuals to be open in.

Although ‘macho’ tendencies do contribute to unhealthy behaviour, sport is not alone in this. In banking, finance and business, where deal-making and risk-taking cultures hold sway, brash behaviour has long been experienced.

Similarly, integrity issues are encountered in other sectors. While sport faces doping, simulation and ball-tampering, other areas of the economy have witnessed industrial espionage, insider trading, automotive emissions manipulation or rate-fixing.

If there is a competitive advantage to be gained there may always be a temptation to use underhand tactics. But when pressure is on to achieve results a strong, ethical culture may prevent the wrong choices.

The cost of success
The culture which predominates may also be determined by a very simple question: what is sport for? To many, the answer is simple. It is for the love of the game. But in a period which has seen enormous successes for elite sport in the UK, concerns have been raised about the cost.

The ‘no compromise’ funding model, ruthlessly targeting medal potential, for example, has been criticised for promoting a ‘win-at-all-costs mentality’. The independent panel reviewing the culture at British Cycling concluded that a focus on podium success had created a deeply-ingrained medal-oriented culture in the organisation and had a ‘blinding effect’ with regard to other issues.

Baroness Tanni Grey-Thompson, in her ‘Duty of Care in Sport Review’, questioned whether the right balance had been struck between winning and welfare.

It is perhaps fair to expect a different approach to sport from organisations that operate at the elite level and those which operate at and facilitate participation at the grassroots level. Moreover, each sport has its own culture, and separate bodies within each discipline may well have theirs.

However, governance commentators often talk of the tone set from the top. Are we, as sports fans and taxpayers, happy when the primary and explicit strategic aim is unashamedly that of success? Have we established what we are prepared to accept in its pursuit?

Common indicators
Though sports bodies deliver a very particular service, they are organisations like any other. Consequently, many of the factors that indicate their culture are common to other sectors.

Diversity in the widest sense among leadership, employees and participants; rates of employee churn; board stagnation; financial discipline; the use of key performance indicators, and stakeholder relations can all give important clues.

So too can the policies which the organisation has in place (or does not), such as a code of conduct clearly linked to an ethics statement; processes for handling conflicts of interest; an effective and trusted speak-up procedure; systems for secure data handling; and, of huge importance, safeguarding.

Dominant personalities can have a positive or negative influence on an organisation. They can drive improvement or, if left unchecked, can assume an air of impunity, inhibiting challenge or even imposing adoption of poor practices.

One of the circumstances identified as particularly difficult to address was in those sports with significant private ownership of clubs or facilities.

Imbalances of power and misuse of positions of trust can have a pernicious effect on behaviour in any organisation. This has been thrown into sharp relief by the allegations of bullying and abuse in a number of sports bodies, both in the UK and internationally.

The ability to make or break careers and dreams is a powerful one and must be watched closely.

Moneyball
The attendees at the roundtable discussed the effects which the monetisation of sport (more accurately, some sports) has had, transforming both their sporting and business environments. Some are now major businesses and this has inevitably changed the way they are run and the abiding culture within them.

The commercial deals which sports organisations enter into also provide clues as to their culture and values. The recent Independent Review of Integrity in Tennis recommended that betting sponsorships be eliminated from tennis tournaments.

Players are currently precluded from having such sponsors. Could the betting industry go the way of tobacco and alcohol and be deemed as unfit for the sport sector?

The ethics of sponsorship are not always straightforward, particularly when investment means facilities and participation opportunities for the grassroots. However, non-negotiables that sports bodies set will stem from the values they determine.

Commercial partners also have the power to improve governance and culture. Sponsors often have sophisticated corporate integrity structures in place and expect them to be matched by those in which they invest.

Cricket Australia and the players involved in the ball-tampering episode quickly learned the repercussions of sponsors shielding their reputation from adverse publicity.

Integrity threats
Though all sectors are vulnerable to integrity threats, sport sees a very particular manifestation. For some, such as doping or simulation – designed to achieve a competitive advantage – the impetus comes from within individual organisations or teams and is either sanctioned and enacted, overlooked or undetected internally.

Issues such as match-fixing, however, although necessitating wrong-doing at that level, have an impetus which is also external and requires a different response.

In both cases improved governance forms part of the solution. A well-communicated statement of ethics, a strictly enforced code of conduct and an effective speak-up process all sit alongside education, sanctions and cooperation with law enforcement and regulatory bodies in a comprehensive approach to integrity threats.

Moreover, only when probity is demonstrated by the leadership can organisations demand and enforce it in their participants.

Embedding a positive culture
Establishing a coherent culture throughout an organisation can take time, planning and commitment at all levels to ensure that there is buy-in across all departments and teams. It requires cooperation between the board and the executive.

Although management has the most intimate knowledge of the organisation and day-to-day contact, the board are responsible for oversight and for setting its strategic direction and ethical values.

To help embed a positive culture, organisations should:

Organisations should revisit their culture periodically and not wait for crises before determining whether the one they have is the one they thought they had.

Part of the framework
Sport, by definition, can be a competitive environment. Pressure to achieve is placed on individuals and organisations, both from a performance and a business perspective, prompting choices in terms of the actions they take and the behaviours they exhibit.

The decisions they make when faced with these choices will depend on no small part on the culture in which they operate.

The potential consequences of poor choices – reputational, ethical, financial and legal, as well as the experiences of those who interact with the organisation – make the establishment of a strong culture an essential part of the governance framework.

Download the full ICSA's report on Organisational Culture in Spor t HERE. Only available to GlobalSportsJobs and ICSA members.

Origin ally published in the ICSA's Governance and Compliance Magazine .

Learn more about governance in sport and discover specialised professional training that the ICSA provides by clicking below.

How to improve your negotiating skills in sport business

Negotiation is a fact of life in business and will also likely play a key role in your career trajectory. Bargaining wit...

END_OF_DOCUMENT_TOKEN_TO_BE_REPLACED

The World Economic Forum’s future jobs report indicated that in 2020, Emotional Intelligence (EI) will be one of the mos...

END_OF_DOCUMENT_TOKEN_TO_BE_REPLACED

How Emotional Intelligence Training Can Enhance Performance Under Pressure

Emotional Intelligence (EQ) training has been deployed for many years within the corporate world to improve a range of p...