Staying ahead of the game: Wimbledon’s fan-led innovations 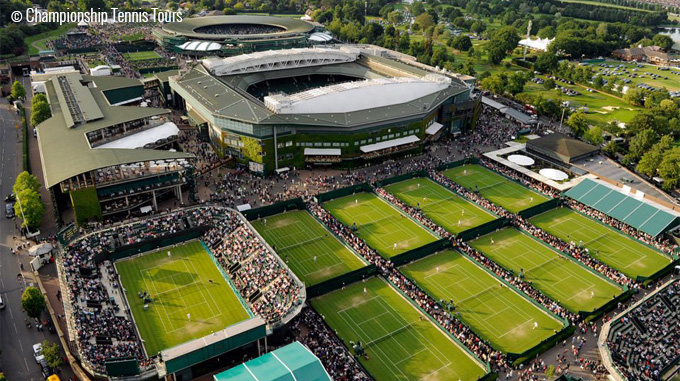 Wimbledon is in full swing and this iconic sporting event continues to grow its appeal as a unique event in the global sporting calendar. As a stalwart of the British summer, Wimbledon is one of the few sporting events that the UK public will watch even if they’re not a fan of tennis. Like the World Cup final and the Olympic Games, Wimbledon is more than just tennis, it’s a cultural event.

If the fussy length of the grass and the fact that competitors must wear white outfits sounds overly pretentious to you, you’re probably right, but Wimbledon’s acceptance that The Championships are about more than just the tradition and the sport has led to its popularity as a cultural event. It hasn’t always been that way . It’s only really over the last few decades that Wimbledon has shed its stuffy image and gained masses of fans because of it.

The challenge now is to innovate, but Wimbledon’s recent history of thinking about fans as well as the game will help.

Some sports struggle to cope with the demands of technological advancement. Consider football’s difficulties with ‘video technology’, and how even the phrase itself sounds less like an innovation and more like a throwback to the days of VCR. But tennis has been quietly enhanced by its incorporation of Hawkeye reviews and serve speed monitors, both of which add an extra quality to the game, and neither of which are even considered ‘innovative’ anymore. They’ve been around for so long that they’re accepted

But they illustrate the dual nature of the sport’s progress. When a player challenges a call, it becomes a game event and the crowd reacts correspondingly and it has become part of the match. On the other hand, everyone watching has their understanding of what they are watching enhanced by knowing how fast a serve goes. Yet Hawkeye challenges to umpire decisions can change the outcome of the match, whereas monitoring the serve speed doesn’t change a thing; it informs the watching fans and quantifies exactly what they see. Quite a useful thing in such a fast-paced sport.

The challenge of innovation for all sports often falls into these two categories, and whilst it’s tempting to think that all innovation should be about progressing the sport, innovations to help out fans are probably just as important. This year, Wimbledon has embraced two new pieces of technology which won’t change the sport but will add to the experience of watching it.

One will see the event organisers gear up to taking over the lead broadcasting duties from the BBC from next year. This time around, it is upping its content production and using artificial intelligence to make life easier.

One of the biggest problems the broadcasters of any major sporting event face occurs when there are multiple things happening at once. The Olympic Games is perhaps the best example of such a problem, given that several sports can happen all at the same time, and some fans might care about all of them. Not even technology can help fans watch more than one event at once, but the same thing goes for broadcasters – sifting through all of the action in order to put together a highlights package is an intense undertaking.

Partnering with IBM has helped the organisers out, taking advantage of the tech company’s IBM Watson technology. Watson watches the game in real time, but takes into account lots of factors to automatically generate a highlights reel – it watches the facial expressions of the players, the crowd reactions and monitors how fans see the game on social media, all of which it considers good indicators of moments worthy of a place in the highlights clip, and halves the time it takes to put together the package.

That’s another example of an innovation that doesn’t really make tennis as a sport any better. But although it will arguably make the event easier to cover for the organisers, it’s the sort of technology which has the potential to make plenty of other sporting events easier, too. Perhaps it will even have uses beyond sport, too.

This year’s other big IBM partnered innovation is the Wimbledon chatbot, something which certainly isn’t just a sporting development. Fred the chatbot – after Fred Perry, the three-time Wimbledon champion in the pre-war years and the last British winner of the competition before Andy Murray in 2013 – will be available on the Wimbledon app and will help fans around the grounds to get access to interactive maps, weather forecasts and will be able to ask Fred where certain facilities are around the complex.

It will also give fans vital information about scores, and they can also follow the games in real time using the app. Given there are multiple games going on around the grounds all at once, fans will be able to find out which ones they should be going to watch fairly easily. Especially at Wimbledon, sometimes the best matches aren’t the obvious ones, and the entertainment can be where you don’t expect it. With the ability to follow the action on an app, though, fans won’t miss an epic.

Wimbledon is a once a year event, and that gives the organisers a year to innovate with their technology. It also means fans will arrive – or watch on TV – with certain expectations. This year’s innovations will help the organisers exceed expectation.

This article was originally published by our partner DigitalSport .