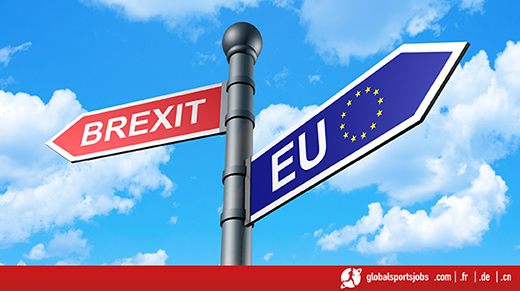 Following more than three months of guesswork and intrigue, the UK Prime Minister, Theresa May, has provided much-needed insight into the timetable for the triggering of Article 50 and the UK’s exit from the EU.

The Prime Minister confirmed that the notice will be issued by the end of March 2017, beginning a two-year period of negotiations with the aim of completing the process by 31st March 2019.

These negotiations are the subject of immense debate. Apart from those who don’t accept that Brexit should take place at all (a sizeable majority in some regions), there is a spectrum of support for different Brexit ‘options’, ranging from ‘hard’ to ‘soft’.

But with the road ahead depending on the views of all 27 other EU member states, it is difficult to tell at this stage what type of Brexit will prevail. The sheer number of overlapping commercial, regulatory and legal issues that require consideration and renegotiation is staggering, carrying huge implications for the international sports industry.

In legal terms, the process of Brexit is more akin to the amputation of a limb than the resignation of a club member.

Some British civil servants have described the amputation process as ‘spectacularly complex’, such is the depth of the connective tissue, arteries, nerves, muscles and veins between the UK and the EU. Cutting through each thread will be a painstaking and lengthy process, with some estimates suggesting it could take 10 years for the full set of arrangements to be negotiated to conclusion.

The proposed repeal bill removing the European Communities Act of 1972 may assist the process, taking all current EU legislation into British law and thereafter permitting the UK Parliament to amend or cancel any unwanted legislation over time. However, this necessary step does not disguise the difficult path ahead.

The implications both for the severed limb and the remaining body are complex and serious. The Article 50 procedure was clearly not devised with the objective of making it easy for EU members to exit. Once the two-year resignation process has started, it can only be extended by the unanimous agreement of all of the members. If negotiations haven’t concluded within 24 months, the amputation will take place in any event. This should perhaps focus negotiators’ attention on the key objectives; they will not want a situation in which, at midnight on 31st March 2019, all treaty obligations between the EU and the UK fall away with nothing to replace them.

However, such a timetable equally allows a minority of members to exercise more leverage over the outcome than they might usually have. Either way there is something of a gamble involved in commencing the Article 50 procedure.

One possible means of effectively extending the timeframe might be for a withdrawal agreement to be reached via a qualified majority (65% rather than 100%) of the European Council, a step which itself includes an extension of time beyond the two years within which to conclude certain aspects of negotiations. However, the legal and political legitimacy of such an approach might be questionable, if its true objective is to circumvent the two-year notice period.

The common theme running through all this complexity is uncertainty, which is having a significant and largely hidden impact on sport and other industries.

M&A activity in the UK has fallen substantially since the referendum decision in June 2016. Investors, sports bodies and others are undoubtedly sitting on their hands, waiting for some clarity over the parameters of negotiations. Will the UK be forced into an isolated, protectionist approach, or will the remaining EU members be prepared to consider a form of ‘Brexit Lite’, given the UK’s position as the sixth largest economy in the world? Will the pound be further devalued? Will tariffs apply to UK products and services – including, for example, sports rights?

Sports contracts pertaining to, amongst other things, media rights, sponsorship and hosting arrangements are often multi-year in duration and international in scope. Sports bodies, media owners, sponsors, athletes and others who seek to enter into pan-European, multi-year contracts and arrangements, extending beyond March 2019, have legitimate concerns around how to protect their position in this new environment.

Of course, one measure that should certainly be considered is taking legal advice, which will likely focus on two key areas:

1. What might be the impact of a sudden change in the law and/or circumstances affecting deals

2. What steps might be taken (including contractual provisions) to guard against the implications of these?

The latter might be added, for example, to a ‘force majeure’ type clause, and/or a ‘material adverse change’ provision could be drawn up to tackle specific concerns that might apply to the contract in question. This might include termination rights in certain circumstances, or possibly the right to convert the UK portion of an international transaction into a separate contract, provided it made sense for the parties once the effect of the UK’s withdrawal agreement is known.

There may also be opportunities to consider the jurisdictional positioning of rights ownership either within or outside the future boundaries of the Single Market.

Meanwhile, the changes in free movement will undoubtedly have an effect on sport – and football in particular. Any potential changes to visa regulations may encourage longer term contract extensions and signing of EU players before the 2019 deadline. The 2018 football summer transfer window will potentially be the last to take place while the UK is in the Single Market and we may see a rush of activity as clubs seek to secure continental talent.

One issue many sports bodies are already grappling with is the effect of the potential changes in trademark protection processes and laws on their existing and planned international trademark programmes. The degree to which the European trademark regime will continue to apply to UK brands remains very much up in the air and will require careful auditing and management of portfolios.

A further legal outcome of Brexit will be the ending of the jurisdiction of the European Court of Justice (“ECJ”) in the UK. Whilst the system of making preliminary references to the ECJ will come to an end, it is likely that the UK courts will continue to have regard to EU jurisprudence for guidance. Bearing in mind the long lead time for references to be resolved, what will happen to ECJ references which are still pending at the time of Brexit? In the absence of a specific agreement as part of the Article 50 withdrawal negotiations, the simple answer is that nobody knows. Possibilities include pending references being declared devoid of purpose and therefore inadmissible, thus requiring them to be withdrawn, or the ECJ simply declaring that it no longer has jurisdiction to determine such cases.

Returning to our amputation analogy, surgeons on all sides will need to work with great skill and patience to minimise damage to both patient and limb during this unprecedented operation.

Whether the process is a panacea or proves to be fatal remains to be seen. Meanwhile, sports business operators should not remain on the sidelines, but lobby for their positions to be properly represented, while factoring in the potential Brexit outcomes – ‘hard’ or ‘soft’, painless or painful, short or long - into their legal, regulatory and commercial strategies.