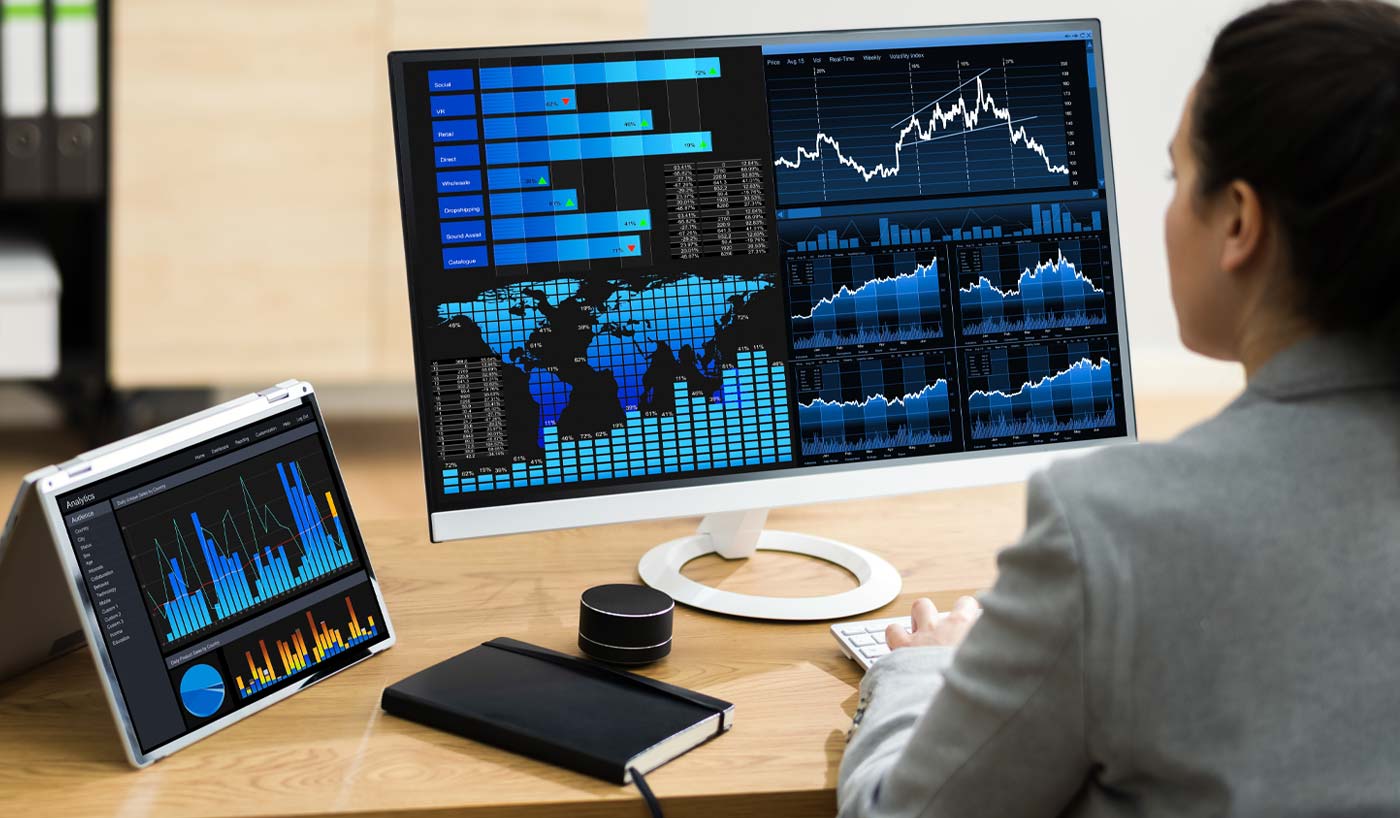 Ramón Amich, director of Nielsen Sports for Spain and Portugal and guest speaker on the Master in Football Business in partnership with FC Barcelona, talks about how brands that invest in sport sponsorship use data analytics to develop customized packages, the arrival of new sectors, the role of athletes as major influencers and the attraction of esports as a new avenue for sponsorship.

Brands that incorporate sports sponsorship in their marketing strategy base their decision-making on the effectiveness of data analytics. Activation requests are no longer the small print that appeared at the end of the contract, but multiple requirements based on hours and hours of continuous research. There is no other way to make the investment profitable in an increasingly segmented environment in which digitalization is gaining more and more ground, to the detriment of physical media. The slogan ‘the important thing is to participate’ is a thing of the past. The important thing now is to win, and winning means monetizing brand exposure in each and every space where the sports consumer connects with the brand. And given the hours in which we occupy our time, social networks are unrivaled.

It seems that the Covid is to blame for everything, but while it is true that in the last year it has kept us many more hours locked up at home and glued to a screen—here the mobile is the king—the addiction to social networks comes from before, and the shift of brands towards the production of specific content that feeds that need also has been underway for some time. “The theory goes that traditional TV is still one of the most important conversion drivers for brands; it doesn’t matter if it’s free-to-air TV, pay TV or an OTT like Eleven Sports or Dazn, the match and the event itself is a big driver for brands. But obviously, the growth and rise of social media has brought to the table new windows to showcase content, new ways to monetize sponsorship. It has made our lives more complicated and more work is needed, but it’s really good for brands because each window usually means a totally different target or audience and it’s the perfect way to find your customers. You can easily define specific content and a platform to be more attractive and appealing according to your objectives.” So says Ramón Amich, director of Nielsen Sports for Spain and Portugal and guest speaker on our Master in Football Business in partnership with FC Barcelona.

A brand clearly targeting a pre-teen audience should be on TikTok, the most installed app in 2020 and preferred by children under 11. If it chooses Instagram as a priority channel on which to include its ads, the brand should know that only 30% of its users are over 35 years old and that 55% of clothing shoppers on Instagram purchase a product after seeing an influencer’s ad. Some 70% of youtubers bought a brand after seeing it on Youtube and the majority users are men between 25 and 34 years old.  The network par excellence for attracting women is Pinterest (77% women), where ads have twice the ROI for retail brands compared to other social networks. Twitter is basically men’s terrain (68.5%) and ads on this network increase by 35% each year. Facebook is the wild card, the third most trafficked social network in the world with 2.74 billion monthly users, and its ads reach 38% of the entire population over the age of 13, both male (56%) and female (44%). Snapchat again brings down the average age: it is used by 75% of millennials and generation Zers, will require a large investment in interaction time (46% of users send messages to brands after making a purchase) and is the most direct for this target as 60% of its users make compulsive purchases. Of the eight most popular social networks, LinkedIn targets a more adult profile and is where B2B content marketing moves best: 96% of industry professionals use LinkedIn for organic content marketing and the creation of these pieces increased by 60% in 2020.

Working with all the information based on data analytics and applying it to the sports industry and sport sponsorship is the specialty of Nielsen Sports, a leading global consulting firm in the measurement and analysis of data from all platforms (understood as media) and fans to offer solutions to brands and sports organizations in their goal of reaching their audience in the best and most direct possible way, wherever they are.

The latest studies published by Nielsen Sports on the health of sport sponsorship in the Covid year reveal “the resilience of the sector”. According to Ramon Amich, “despite the stoppage of competitions that we experienced in March last year, we have noticed that as soon as the competitions were back on track and the leagues resumed in June-July, the show went on. That has shown that, in the end, although the pandemic has a big impact on our lives, on the sports industry it is not as big as we might have imagined last year.”

The brands that traditionally invest the most in sport sponsorship, such as airlines, car brands and retail, had their doubts in the summer when the curtain came down on their shows, but as theirs are large multi-year contracts, “they have not suffered a big impact in terms of sponsorship compared to other brands,” says Ramón. The Nielsen Sport report also predicts clear changing trends that could already be sensed and that the pandemic has accelerated.

There are new brands and services that have taken advantage of the upturn in their business activity in the last year to enter the sponsorship sector. “Bookmakers are coming in, a sector with a lot of money that is trying to put some into various markets and find the best way to invest; online commerce companies are also investing a lot in sponsorship; and we have detected a small movement in a particular sector which is food delivery. We have seen how ‘takeaway’, better known in our market as ‘Just Eat’, has become one of the main sponsors of the Champions League for the coming years. These companies, as a result of the lockdowns in all countries, are generating a lot of money and are also looking to invest in football or sport sponsorship in general,” explains Ramón Amich.

“The push for women’s sports is a reality; women are taking a leading role, they are having a presence in the media and brands are looking for it.

Athletes have always been the biggest influencers in the sports industry and, in the last year, they have decided to be spokespeople for social causes. At the same time, half of the younger population says they are more interested in brands that act in a socially responsible way. “This is a trend that will continue in the coming years, CSR is probably one of the main objectives of many sports brands. On the other hand, there is also a push for women’s sports, which for me is no longer a trend, but a reality. We have seen it in football, but also in many other sports. Women are taking a leading role, they are having a presence in the media and brands are looking for it. The possibility of attracting new targets that would not normally consume certain sports because of the fact that women have a leading role, opens a new window for some brands to sponsor those sports. But CSR is definitely going to be one of the things to bet on in the coming years,” says the Nielsen Sports executive.

Clubs, major sports competitions and the athletes themselves are becoming increasingly aware of all the value they have to offer, but the same for all ­­­­­is not an appetizing menu for their entire audience. And the brands that are willing to invest in them remind them of this on a daily basis. “In the last few years brands have really become aware of what they want, what they need. That has radically changed the way they interact with clubs, stakeholders and generally with all competitions. Brands expect to have sponsorship deals not just based on TV exposure, or not just based on some media, but also on getting what they want. This means that, if you are a brand aimed at young people, you are most likely not interested in having static advertising in the stadiums because your target audience is probably more on the club’s social media. Therefore, when you sign an agreement with a club, you are going to ask for a tailor-made package. It’s no longer about clubs having 10 sponsorship packages, with the same size and price, and selling them to 10 different brands; each brand is going to ask for exactly what they want to communicate with their audience.”

“In the last few years brands have really become aware of what they want, what they need. That has radically changed the way they interact with clubs, stakeholders and generally with all competitions”

The esports industry is gaining followers by leaps and bounds, not only in terms of participants but also in terms of commercial support. It is still a young sector with endless possibilities to explore and everyone is going at their own pace. “We should separate the clubs as rights holders, from the brands, because they are in a different position,” warns Ramon Amich. “Clubs are a bit behind; they tend to connect esports with their traditional sport. I mean, if you’re a football club, you tend to think that being in esports is playing FIFA; field hockey league clubs in the U.S. tend to play NHL or NBA clubs tend to play NBA 2K. There are certain clubs that are doing something different, such as FC Schalke 04, FC Barcelona or PSG; they already have teams that play non-sport esports. And, on the other hand, there are the brands. They have a better understanding of esports and it is appreciated that, especially brands like Burger King, some Nestlé brands, or Chupachups have realized that maybe with traditional advertising they are not reaching their audiences and that, by investing some money and doing some activation in esports, they can connect more directly with their potential customers and this is what they are doing.”

“In the esports industry, we should separate the clubs as rights holders, from the brands, because they are in a different position”

And what does data analytics say in this regard? According to the latest study released by Momentum, McCann’s marketing agency, more than 60% of respondents are positive about brands sponsoring a player or club; 48% perceive the products advertised by them as authentic, and the likelihood that they will buy a product sponsored by a gamer or team increases by 44%.