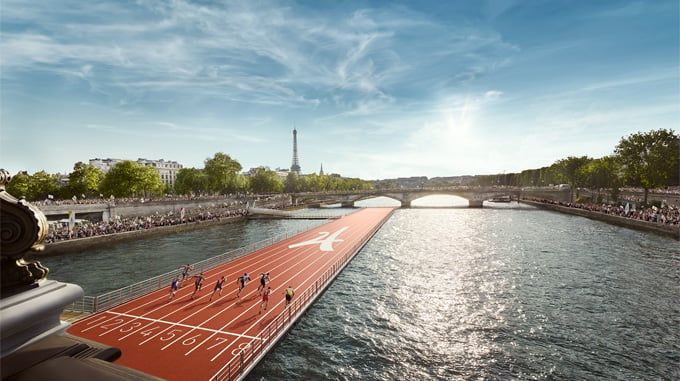 On the 23 rd and 24 th of June, the heart of Paris will be transformed into a gigantic sports park to celebrate Olympic Day and support the city’s candidature for the 2024 Olympic and Paralympic Games. The event, planned on an unprecedented scale, will offer Parisians and visitors to the city a taste of what is to come should Paris be chosen as Host City by the IOC on 13 September in Lima.

Olympic Day marks the occasion on 23 June 1894, when Baron Pierre de Coubertin established the International Olympic Committee (IOC) at the Sorbonne in Paris, opening up a new era for the Olympic Games. The day is an opportunity to introduce sport and the Olympic values to people of all ages, nations and abilities, encouraging people to get active and discover new sports through sporting, cultural and educational activities.

This year, Paris will take its Olympic Day celebrations to a new level. For two days, the public will have the chance to share their passion for sport in the largest sports park ever designed in the heart of a city. Stretching from the Eiffel Tower to Notre Dame along the River Seine, the giant celebration zone will offer the chance to sample more than 30 disciplines against the spectacular backdrop of Paris’ iconic landmarks.

A floating athletics track on the Seine, sports fields on the lawn of Les Invalides, trampolines in the Petit Palais, a high diving board on Pont Alexander III, a cycle track in Paris city centre, and a climbing wall on the Pavillon de l'Arsenal, will be on display among other attractions.

On Friday 23 rd , up to 300 kayakers, led by Paris 2024 Co-Chair and triple Olympic canoe champion Tony Estanguet, will form a giant flotilla, which will travel along the Seine to the floating athletics track where Estanguet will join the Mayor of Paris, Anne Hidalgo, President of the French National Olympic and Sports Committee, Denis Masseglia, and all bid partners to inaugurate the two days.

On Saturday 24 th , thousands of professional and amateur athletes will gather to take part in "2,024 km for Paris". The event involves cyclists at the Place de la Concorde (527 km), equestrian riders from Versailles (20 km) and runners from the each of the four corners of Paris (1.477 km), converging on Les Invalides for the grand finale in the colours of the candidature.

This article has been written by our partner, Paris 2024 , Olympic bid committee of the city of Paris.