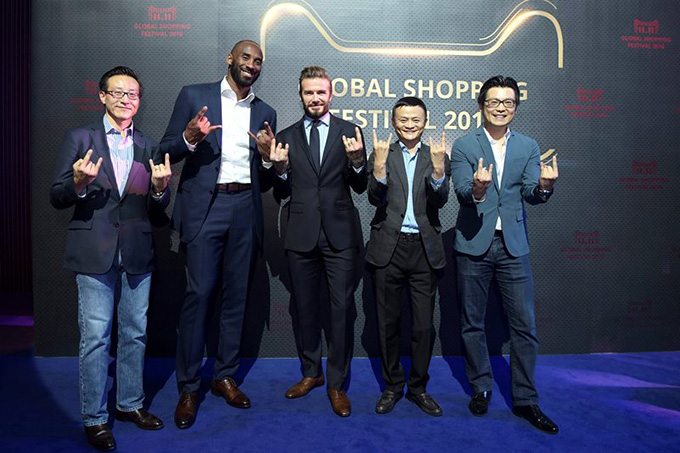 Seven months on from Rio and one year out from PyeongChang, we find ourselves at the quiet lull in the eternal Olympic cycle. Which is to say, we are at the exact point at which the International Olympic Committee (IOC) is wont to shout the loudest about the Olympics, in its restless quest to turn what is essentially a biennial series of events into a constantly visible presence in the 24-hour news vortex.

The launch of the Olympic Channel in the weeks after the Rio Games may have seemed like poor timing, but in fact it was perfectly calculated: rather than being launched to offer coverage on an existing international story – the ongoing Olympic Games – instead the channel itself became the story. Now, as we launch into another 365-day countdown to another Olympic jamboree, the IOC has found another way to keep the Games on everyone’s radar, signing up Chinese e-commerce giant Alibaba to The Olympic Partner (TOP) programme until 2028, as its official cloud services and official e-commerce platform services partner.

Alibaba, owned by China’s second richest man Jack Ma, becomes the first new TOP sponsor of the IOC since Bridgestone in 2014, and the first Chinese company ever to become a top-level partner. According to Bloomberg, the deal is worth a mammoth US$800 million across its 12-year duration.

The surface-level reading of this is, of course, that Alibaba is looking to expand beyond its local markets and into a global space. By far the biggest online retailer in China and with significant influence across Asia, Alibaba is virtually unknown among the general population in the west, despite becoming the world’s biggest retailer by revenues in 2016. Ma has also made clear his long-term ambition for sales outside China to make up 50 per cent of Alibaba’s revenue; currently, that figures stands at just one quarter.

Ma likes to tell the story that his company was named for the universality of the reference – “people from India, people from Germany, people from Tokyo and China” all know about the legend of Ali Baba and the Forty Thieves, he has said. The IOC deal, then, is part of a concerted push to make the company as recognisable as the tale, and take Alibaba from a regional player to a truly international corporation.

But that tells only half the story. If Ma had simply wanted to gain traction for Alibaba in the west, there are more sure-fire and arguably less expensive ways of doing so, evidenced continually by wave after wave of recent investment in soccer by Chinese conglomerates. Alibaba’s direct domestic rival, the Suning Commerce Group, for instance, last year paid US$300 million to purchase Italian giants Internazionale and, while that investment will demonstrably rise with time, so too will the returns. Meanwhile Jiangsu Suning, the firm’s Chinese Super League (CSL) operation, have been among the most active in the country’s astonishing transfer market push, twice breaking the Chinese record when bringing in Brazilian stars Ramires and Alex Teixeira, bringing considerable global attention to the Suning brand.

Elsewhere Wanda, the company owned by Wang Jianlin – the only man in China richer than Ma – last year signed an agreement with soccer’s global governing body Fifa to become a top-tier sponsor all the way through to 2030. That deal offers Wanda year-round visibility through the world’s most high-profile sport, while Alibaba is at the mercy of the ebb and flow of Olympic cycles and their itinerant schedule.

Furthermore, if Alibaba’s interest was simply in raising its worldwide profile, a deal with the IOC at the beginning of six-year run of three consecutive Olympic Games – PyeongChang 2018, Tokyo 2020 and Beijing 2022 – within a 1,000-kilometre radius in east Asia, a territory in which it is already well-established, would not necessarily be the smartest of moves.

The key to the deal is to ask not what the IOC can do for Alibaba, but what Alibaba can do for the IOC. The deal contains two major components. The first will see the Chinese company doing what it is known best for, providing an official global retail platform for the IOC, selling rings-branded merchandise to fans while helping to drive down the proliferation of unofficial and counterfeited Olympics goods. The second part makes up the ‘official cloud services’ component of the arrangement, under which Alibaba will offer its nascent cloud computing services not just to the IOC but to the Olympic Channel and to all local organising committees of Olympic Games.

A press conference given jointly by representatives from both parties on the day the news broke focused in the greatest depth on this latter issue. One problem for international expansion for Alibaba from an e-commerce and retail perspective is the dominance of Amazon in the west, where even a concerted push is likely to leave the Chinese player in second place at best.

Its cloud services, however, are already the company’s biggest international business, are close to breaking even after just five years of full operation, and host over a third of all websites in China. Although modelled on Amazon’s AWS subsidiary, it is a market in which Amazon is considerably less dominant, and represents a singular opportunity for Alibaba to flex its muscles, using the international reach and influence of a partner like the IOC to gain access to clients across the world of sport. It is in this space that Alibaba will look to gain the most leverage from its TOP sponsorship, and which is most indicative of where Ma sees the business’ international future: not in sales of hard goods, but in propping up the global infrastructure on which entities like the IOC increasingly depend.

Join us and hear more about sponsorship and Chinese investment within sport at SportsPro Live on the 29-30 March 2017 at Wembley Stadium, London. Get 25% off delegate access, click the banner below and use our discount code "GSJOBS".

This article was originally published by our partner, SportsPro Media.