Lessons on leadership in sport 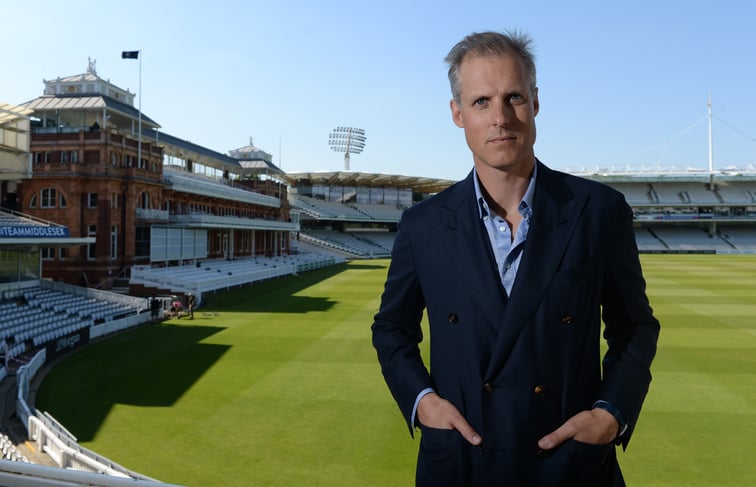 In this interview Global Sports CEO, Will Lloyd, discusses the finer points of leadership in sport, business and education with Ed Smith, Director and co-founder at the Institute of Sports Humanities (ISH) and writer of their new MA in Leadership in Sport programme.

Q. What makes a good leader?

There’s no one way to answer that, as it’s possible to be an effective leader whilst having very little in common with another effective leader… I would say having a high degree of authenticity is at the very top of the list. I would also say, someone who understands the context in which they operate in; so rather than someone who runs the programme that they’ve got in their pocket, someone who understands what the problems are and has a range of tools at their disposal. What can be done must precede what should be done.

In an age of ultra-specialisation, the ability to see the big picture is what really matters; because as you become more senior you make fewer decisions, but each of those decisions is more significant and has greater consequences. Another point, which cannot be overstated and will never be super-ceded by an algorithm and underpins all good leadership is, judgement. You can’t build from zero, you can’t guarantee it can be taught but it can be nurtured, and it can be observed.

Q. Are leaders born or made? What is innate and what can be learnt?

You’re getting into nature/nurture… What we can explore is that obviously some people get better at leadership through formative experiences; with experience defined as ‘what you get when you didn’t get what you wanted’. The most effective leaders have had some reason to review their actions and behaviour. There aren’t many that just sail through life without any dips.

You can obviously learn from those who have done it first-hand. Nearly every effective captain or coach will have been inspired or engaged by a leader. Also, I think it’s possible to learn from people in an analogous situation, either from another sport or from completely outside sport. Some of the people who have been most inspirational for me have not been sportspeople. I’m fascinated by decision making, probability and risk, and the people who do that for a living and live and die by it are investors. I’m a good friend of Howard Marks, an American investor… and he has one of the greatest sayings: "In order to have the benefit of being different and better, you have to bear the risk of being different and worse. They are two sides of the same coin… Say someone did really well because he did something that no-one else had thought of, and the other side of that coin is ‘no-one would have done that, why did he do it?" What determines the narrative, is whether they succeed or not.

Another theme in all this, in terms of leadership is the question of confidence; because you need confidence to make a decision and you need confidence to be different... but if you have too much confidence you’re not actually increasing the possibility that you could be wrong. You’re not accepting the fact that your decisions are made under the conditions of uncertainty. So you can have too little confidence, but you can also have too much. That’s a question that I think leaders will always need to explore and define.

Q. Why has finding and fostering leaders become a top priority now?

In the sports industry, the task of being a leader now involves moving between so many different domains… The job has grown significantly and more than ever your ability to understand what matters in that sea of detail has got harder and more important. The last 30 years have been a very good period of time for the specialist, and lot of that has been based on optimising physical performance. There’s no doubt that the teams of today would beat the teams of 30/40 years ago in pretty much every sport. But human beings are now in the same situation that greyhounds, and race horses found themselves in the 1950s, they’ve stopped getting faster. The gains physically are getting very very small… you’re pushing what Stephen Jay Gould called ‘the outer-wall of human endeavour’. There’s not much you can do with the body but there’s a lot you can do to develop and nurture good leadership, good decision making, good judgement, analytical skills and understanding the bigger picture. So, I would say if you were an all-powerful CEO… investing in those skills would be very likely to lead to an ‘edge’.

Q. What is the archetypal person, both in terms of personality and background suited to this course, and why should they do it?

There isn’t one type, we resist that mode of thinking. We’re interested in people of all types so long as they have a certain level of quality and curiosity about them. It’s not about how old you are, and it’s not even about what level you currently operate or where you are on the ladder professionally. 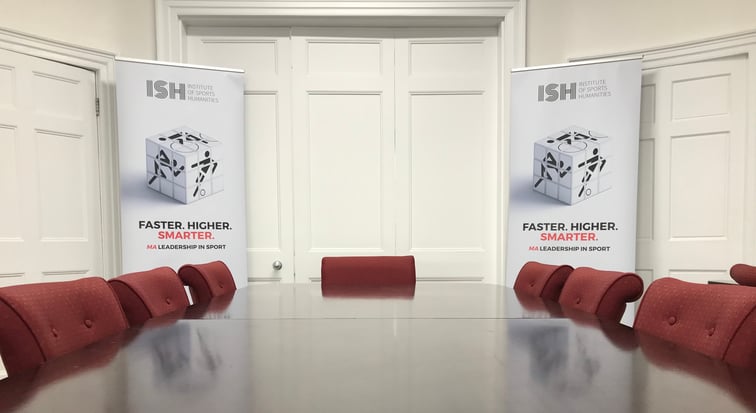 One of the great things about the MA Leadership in Sport, and as the cohort develops, will be that we’ve got people from all different aspects of the sports industry. We’ve got people ranging from governing bodies, rights holders, big sports businesses, teams; so the room is already so diverse and interesting. Far from there being that ‘type’, instead you just want people who challenge, interrogate ideas, who are going to be open-minded towards left field thinking and also develop a really good sense of collaboration and exchange of ideas within the cohort.

Q. ‘Sports Humanities’ can be quite an ambiguous term… How would you describe sports humanities and how do you think leadership fits in?

It’s provocative… First of all, when I was made Middlesex captain at 28, I could have gone anywhere to study. Obviously, I’d studied at Cambridge in the UK and I’d also been a visiting writer at Harvard in the United States. I was pretty well connected, but I couldn’t find a course that would help me to get better at leadership. So, something stayed with me that there was a gap there, even though I had no idea that I was going to be involved in Academia in 10 years’ time.

"There are many aspects of sport that are better viewed through a humanities or cultural lens, and they will help you get better at the performance side."

Secondly, when I was working as an Academic teaching a History Masters and I was writing ‘The History of Sport’ for Penguin, I came to the view that sport had been analysed academically in quite a limited way: sports science; sports marketing; sports business; sports history but I was particularly interested in sport as an aspect of wider culture, how did sport become what it is today, how did it come to occupy such a central aspect of life as it’s lived?

A lot of that fits into the humanities rather the sciences… and there are many aspects of sport that are better viewed through a humanities or cultural lens, and they will help you get better at the performance side. For example, globalisation is a very broad-brush term thrown around a lot and not particularly well understood or articulated, but it’s pretty hard to understand where sport is going if you don’t have an insightful understanding of sport and globalisation.

Some of that is quite clearly part of the humanities. There was the first great wave of globalisation in the late 19th century as the re-founding of modern sport by Victorians is taken around the world and that’s how you end up with cricket playing nations that are pretty much unchanged. There’s a second great wave of globalisation in the age of television and the third one now is with digital media, and that’s going to be the big question for the sports industry in the sense of: what does that do for the sports industry?

Q. Does that have an effect on leadership? Is leadership going to be culturally different?

Absolutely, it does. More than that, it moves around, ideas move around. Why is it when I was growing up in the 1980s the [Football] World Cup was typically won by a South American team, but now the only teams that get on the podium are European? It’s because of the Champions League… The Champions League became ‘the league’ because in an age of hyper-globalisation and the free movement of ideas and people, the conversation is now in Europe. Good South American players now come to Europe. So, the dominance of Europe in football is completely linked to economic and cultural reasons. In the same way cricket with the emergence of the IPL, has no doubt changed the landscape of tactics as well as incentives.

Q. What plans do you have for the continued growth of ISH?

That’s the most exciting thing out of all the things we have talked about. I would say if you want to be a good leader you have to be open to things that are happening around the world in sectors different to yours and in sports that are different to yours. I’m very interested in American sports… and if you’re interested in American sports you’ll know that they are interested in a lot of analytics that other people aren’t and that’s because they have a lot more money.

"You need to be alert to changes that are happening around the world in different sectors and different sports if you are going to keep up with the ‘edge’."

You need to be alert to changes that are happening around the world in different sectors and different sports if you are going to keep up with the ‘edge’. One of the things that we’re excited about here at the ISH is that even though we are starting in London… we also have University partnerships in New York, Australia and Asia, so it will become a genuine global network. This is probably one of the unique aspects. We have global network which is constantly updating its ideas and approaches. So, although we will start here in London we are going to grow internationally.

Find out more about the Institute of Sports Humanities (ISH) and their new MA in Leadership in Sport programme.