La Vuelta: a sporting event that sells Brand Spain like nobody else 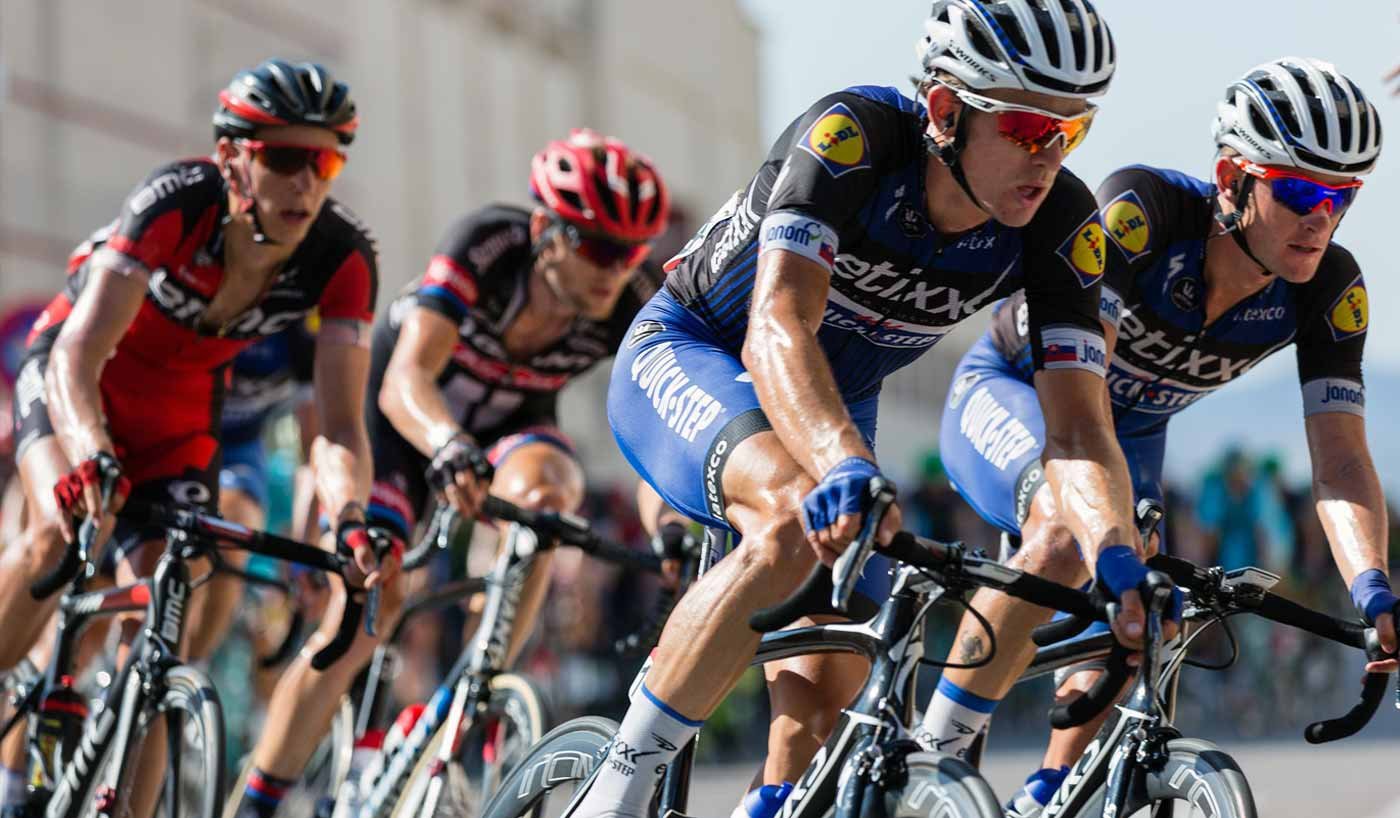 La Vuelta a España manages to show 190 countries every year what a sporting event needs to sell epic sport and socioeconomic value in 3 weeks of televised competition with Brand Spain present throughout the race. We evaluate the strategy and power behind the La Vuelta.

La Vuelta is, for Spain, what the Tour is for France: the best sports ambassador in the country. If there is one sporting event that allows you to sell the Marca España (Brand Spain) like nobody else, it is road cycling and Unipublic, the organizer of the event, has managed to find the magic formula so that the epicness of the sport and the socioeconomic return go hand in hand. This 74th edition celebrates 10 years of ‘La Roja’, the red shirt that distinguishes the leader of the race and has become another of its symbols, like the yellow jersey of the Tour de France or the pink jersey of the Giro d’Italia. Another nod to the country’s brand.

Innovation, toughness and intensity are the three fundamental pillars on which the route of La Vuelta a España is based, and television is its great ally to take the sport spectacle to 190 countries around the world. Improvisation is a term unknown to the organizers of the Spanish tour. For years, they have been releasing a product that host towns, the public and sponsors like, and the detailed planning of the route has made La Vuelta one of the most sought-after sporting events.

The organizers realized that as soon as they put the focus on a territory that nobody knew, La Vuelta came and created an expectation and an influx of tourism that brought wealth. Areas with little economic activity have profited greatly when the multicolored snake has passed down their streets. Javier Guillén, general manager of the race, explains that “in the last 11 years we have discovered more than 30 places where people can go cycling and enjoy other activities. If there is anything that sporting events demand, it is economic return. We offer promotional return, sport return—in terms of citizen satisfaction because our spectators do not pay for a ticket to see the event—and economic return that, in our case, is not only the amount that the 3,000 people who work in La Vuelta might spend in one night, but the legacy we leave in that territory.”

“If there is anything that sports events demand it is an economic return, and we offer a promotional, sport and economic return” – Javier Guillén, general manager of La Vuelta a España

The originality of the race, linked to that touch of innovation, is at its most spectacular at the start: from the night start in Seville, to the one from a boat, or from an aircraft carrier in the port of Cádiz or the internationalization of the race in Holland, when it started from Assen in 2009. This year, the lottery winner was the Las Lagunas de La Mata y Torrevieja nature reserve. The white of the salt lakes in contrast with the pink of the nature reserve, in this stage start of La Vuelta 2019, left images that will go down in history.

The white of the salt lakes in contrast with the pink of the nature reserve, in this stage start of La Vuelta 2019, left images that will go down in history * PHOTO: Sarah Meyssonni

It is estimated that the hotel expenses in Alicante, Benidorm, Torrevieja and Calpe of the 3,000 people that make up the members of the teams, journalists and organization staff of La Vuelta, during the previous days and the three race days in the province, have left a direct economic impact of 3 million euros, triple the investment made. And the advertising effect for the Costa Blanca, a mecca of international tourism, will be around 10 million euros.

The audiovisual value of La Vuelta is incalculable. To the thousands of spectators who watch on the slopes of the mountains or along the thousands of kilometers of streets in the towns along the way, must be added the 400 million spectators from 190 countries that connect with La Vuelta. It is a showcase to the world powerful enough not to be taken lightly. “If there is one reason why the Tour de France and La Vuelta a España are so sought after, in addition to the sport itself, it is because of our strength as a tourist instrument,” says Javier Guillén.

“We view each stage in advance to embellish the television broadcast under the concept of entertainment; in addition to brand, we show product”

That is why the tour, with an average of three hours per day on screen, requires a huge effort at the production and planning level. “By having such a large set and 21 race stages, we can go much further than the sporting event, but these sales arguments have to be shown well and have a lot to do with our geography,” says the director of La Vuelta. “We view each stage in advance. Our commentator locates the tourist points that we want to show in the broadcast, and it is documented and prepared. We do not improvise anything. This allows us to embellish the television broadcast under the concept of entertainment. In addition to brand, we show product.”

Spanish geography allows the organizers of La Vuelta to add a dose of innovation to the toughness and epicness that cycling already transmits by itself. “Spain, unlike France and Italy, has a great diversity of mountain passes, which gives us the opportunity to play with different routes and intensity,” says Guillén. The ramp finishes are original and characteristic of the Spanish race. “A mountain stage does not mean that you must climb 4,000 meters for it to be hard. We can make it very interesting with the type of ramp or wall we use. It has a lot of intensity and we can tell a story in 6-8 minutes, very different from what you get from a sprint finish.”

And that’s where the sponsors want to be. “From a commercial point of view, this type of ramp sections, which cover between two and four kilometers, are the main attraction for the sponsors. If we generate the story around these points, the main sponsors will want to be there because, logically, it will be the moment of greatest television attention,” says Guillén.

Cycling has, in La Vuelta, a great ally of international reach and its organizers are highly valued beyond the race’s borders. And so it has achieved another of the goals that every sporting event of reference sets itself: to be recognized as a brand. That is why, even though it calls itself La Vuelta a España, it can allow itself the luxury of starting in another country. In 1987 it started from Lisbon (Portugal), in 2009 from Assen (Netherlands) and in 2017 from Nimes (France). The Netherlands will repeat in 2020, with Utrecht becoming the only city to host a stage of the three major cycling races in the international calendar: Giro d’Italia 2010, Tour de France 2015 and La Vuelta a España 2020.