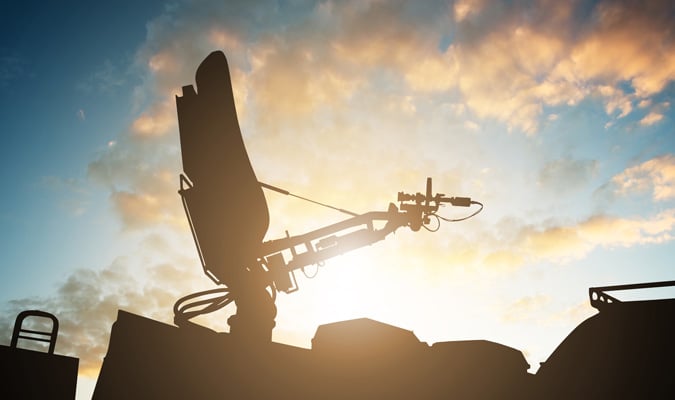 Given that rights holders need to plan at least three to five years ahead, it is essential they engage with the new OTT and social media world. But they also must not overlook the traditional free-to-air broadcasters and their digital platforms. David Murray, former BBC head of Sports Rights and Director of rights consultancy Fozmuz considers the future for rights holders and broadcast.

The OTT tanks seem to be well and truly parked on the lawns of the traditional broadcasters.

First, there was Amazon acquiring the ATP Tour and US Open tennis, and then dipping its toe into the holy grail of sports rights, the English Premier League. Then there was Eleven Sports picking up US PGA golf, Spanish and Italian football rights, as well as UFC.

Also waiting to pounce is DAZN, having rolled out channels in other European markets, grabbing the headlines with its acquisition of Serie A rights. And don’t forget about Facebook beginning to flex its financial muscles in Asia.

While there has been a flurry of recent activity and speculation, the rumours of the demise of broadcast TV are greatly exaggerated. Taking a step back, Sky effectively walked away from the ATP Tour, US Open and US PGA golf. If it wanted Spanish football badly enough if would have paid what is a modest price relative to a single EPL match.

How keen was BT to re-secure Italian football or UFC? The OTT inroads into the UK market seem more the result of the traditional pay-TV players’ lack of interest than of losing out in a competitive financial auction.

Sky’s new channel strategy has led it to focus its rights spend on the EPL, F1 and cricket, placing less emphasis on rugby union and even golf, and letting tennis go completely. Following its 80-per-cent rights fee uplift for the EPL in the previous tender process, there has been a clear trend by Sky towards being more strategic in how it allocates its resource.

Sports that should be concerned about this new strategy include golf’s European Tour, especially if the US PGA Tour is off the table following its long-term deal with Discovery, plus rugby league and rugby union. BT has also been scaling back its ambitions for a couple of years now, accelerated by its agreement with Sky to wholesale each other’s channels. A lack of competition between Sky and BT signals that, in the short to medium term rights fees might start falling.

Eurosport, while a presence, has not shown any desire to take on the Big Two for the higher-value sports, and is unlikely to do so while it is reliant on income from Sky per subscriber for the supply of its channels. Premier Sports has done a terrific job picking up mid-tier-value rights and would appear to be the closest competitor to Eleven Sports.

opportunity for OTT providers to step in and acquire rights and develop new services. Even the Amazon-EPL deal was the result of Sky and BT failing to hit the EPL’s reserve price for the rights when the live auction was first run. Up until now, non-premium events have had to provide a fully-produced feed for no rights fee to secure coverage on a pay platform, which often only delivers an audience in the thousands. In some instances, rights holders have had to pay for coverage.

The various OTT propositions, alongside the smaller pay- and digital-television services, provide more alternatives for rights-holders than ever. But they also pose more questions. Simply moving your sport onto an OTT platform is no guarantee of success. Indeed, securing any kind of audience on an OTT service can be problematic.

At least on Sky or BT there is a chance that sports subscribers will stumble across your event. How many sport fans stumbled across the US PGA Championship on Eleven; or, as active viewers of Amazon Prime, came across the US Open tennis? The numbers have not been disclosed. Money is clearly important, but ultimately sport lives and dies by the level of its exposure.

Then there are the technical teething problems of the OTT platforms. There is a world of difference between an on-demand video service, which allows for buffering and downloading of a programme, compared to live streaming where any picture freezing is highly irritating to the viewer. Missing the winning put, as happened to some viewers of the US PGA Championship, can severely damage the reputation of a start-up.

Amazon has a lot of work to do on its user experience to make a multi-streamed US Open service accessible to the broader viewer. Fans that roam the internet for free streams might be used to clunky front ends and buffering, but are these fans likely to pay? Older fans who tend to watch golf and tennis might be turned off by signing up and watching on digital devices, when they are used to ‘plug and play’ pay-TV networks. It will take time for this audience to migrate to new platforms or for the new services to be hosted on a competitor’s platform.

We are therefore in a transitional period for sport media distribution. Pay-TV is still king for premium content, OTT distribution is finding its way, and rights-holders are still searching for the silver bullet to commercialise content around digital services.

Given that rights holders need to plan at least three to five years ahead, it is essential they engage with the new OTT and social media world. By developing a presence now, it opens so many more strategic options moving forward. But they also must not overlook the traditional free-to-air broadcasters and their digital platforms.

In today’s competitive media landscape, sports cannot afford to be out of the public eye. Even the BBC’s online-only streaming service generally captures more eyeballs than traditional pay-TV operators for non-premium sports. Obtaining a free-to-air window still offers an exposure boost to both the sport and its commercial partners.

Each sport is different, but a balanced approach between free-to-air, pay-TV, OTT platforms and social media that fits specific needs will help optimise coverage, income and future-proofing. It is easy for us all to sit in our industry bubble and think the world is changing much faster than it is in reality. The majority of content is still consumed through traditional linear distribution outlets.

It is too soon for most rights holders to put all their eggs in the OTT basket - though that time is coming.

This article was published by our partner Sportcal . You can view the original article here.

Interested in developing your career within Broadcasting? Click here to search the latest opportunities.
Alternatively, give your career a boost by signing up to our ‘Jobs by Email’ and get the latest jobs relevant to you and your career ambitions direct to your inbox.