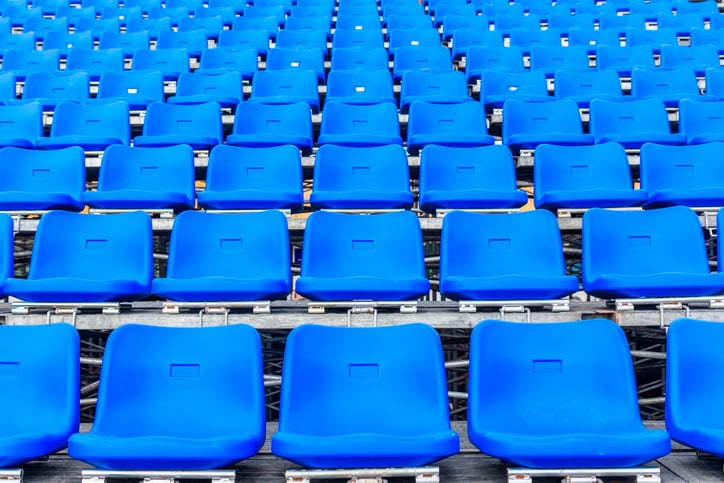 As lockdown measures have eased and we are able to do more ‘normal’ things, the world of sport is starting to ask, ‘what will be the long-term effects of the Covid-19 pandemic?’ Although football has now returned, largely behind closed doors, in Europe, and other sports have resumed or are doing so across the globe, it is obvious that the impact is going to be massive. Nigel Currie, sport PR and Sponsorship consultant and founder of leading agency BrandRapport shares his views, believing it will take a few years for sport to get back to where it was.

We have lost at least three months of sport and it remains to be seen what events can be salvaged over the next three months and beyond. Almost every sector of the sports industry will be affected and everyone involved should expect to take a hit. Two of the most important sectors are: sports governing bodies and rights holders; and brands and sponsors. How will they cope and navigate their way through the crisis?

Media attention has naturally fallen on governing bodies, which are responsible for their sport or at least part of it. They will have lost income from multiple sources, namely broadcast deals, sponsorships, ticket sales and hospitality, merchandise sales etc. A lot of this revenue will not be replaced. An Olympics or a Ryder Cup can be postponed, albeit at a cost, but for a lot of annual events there is no second chance. Governing bodies are doing all they can to salvage what they can from their schedules but, as time passes, more problems will emerge which will inevitably lead to conflicts with other bodies, broadcasters, venues and athletes.

It is going to get messy! As it does, as well as trying to salvage income, governing bodies will need to cut costs. This is where the most damaging effects will be felt for sport. Governing bodies have a duty of care for their sport and in the good times, of which there have been plenty over the last few decades while sport has thrived, they have been able to commit significant resources and funding to development, and encouraging new growth areas and income streams.

Well, the good times have almost certainly gone. Like any business, a governing body will know what its best-selling products are, and that is where they will put all their efforts and resources to enable them to ride out the storm. As they do this, certain sectors will suffer, and women’s sport, in particular, could take a big hit.

Like any business, a governing body will know what its best-selling products are, and that is where they will put their efforts and resources to enable them to ride out the storm.
Nigel Currie, Founder of BrandRapport

For many years, certain women’s sports have struggled to make the breakthrough and compete with equivalent male sports. However, after several false dawns, in the last three years in particular, there have been some huge advances. Women’s team sports such as soccer, cricket and rugby have been commanding a place at the top table and delivered fantastic new competition and entertainment.

Just as several women’s sports were about to start standing alone and developing their own revenue streams for broadcasters and sponsors, the outlook has started to look extremely bleak. The way in which various women’s events have been unceremoniously cancelled in the last few months is very worrying. Governing bodies without large reserves are going to find it hard to resist putting more, and indeed maybe all, of their resources behind the stronger, more lucrative elements of their sports. This will have a very damaging effect on women’s sport, and it may be several years before it can get back to the levels it had reached pre-Covid-19.

With regard to brands and sponsors in sport, the long-term implications from the pandemic are not clear but it is likely to have had a significant negative impact. Many sports rely heavily on lucrative agreements with major companies.  However, a lot of industry sectors that are big supporters of sport through sponsorship and hospitality will have been hit so hard that the main aim over the next few years will simply be survival. Financial services, airlines, automotive, hotels and retailers are among those most affected but only a very few industry sectors will be unaffected. Major cost cutting is inevitable and these cuts will significantly impact marketing budgets. Personnel will be made redundant and campaigns will be dropped.

Competition for a share of the marketing budgets of major brands will become even more intense. More online marketing options will emerge and brand partnership models similar to those in the USA will become more common across the globe as the powerful broadcast networks look to maintain and increase their share of the pie.

The world of sport has enjoyed many good years of growth and prosperity. The ways in which fans consume sport changed significantly for the better as we entered the digital age. Broadcast production standards have reached new heights, venues have improved immeasurably, new formats and competitions have enabled growth and officiating involving new technology and developing interactive options have helped to make sport an even better and more attractive product.

Around the world, fans have been the beneficiaries. Sport has also become big business, very big business. Now some of the big businesses are going to be faced with some very tough decisions that could mean the difference between survival and failure. For many sports, this will be the first time decisions of this magnitude will have needed to be taken.

Whatever decisions are taken, it is very likely that everyone involved in sport, from broadcasters to sponsors, from governing bodies to sports fans, will see a decline in their favourite product. Sport will come through this crisis but it could take a few years to get back to where it was. In the meantime, we need to be prepared to accept that it is going to be very different.

This article was originally published by our partner SportCal, you can view the original here.

END_OF_DOCUMENT_TOKEN_TO_BE_REPLACED

We analyze LaLiga’s strategy towards Covid and the actions it has taken to minimize the impact of the pandemic and manag...