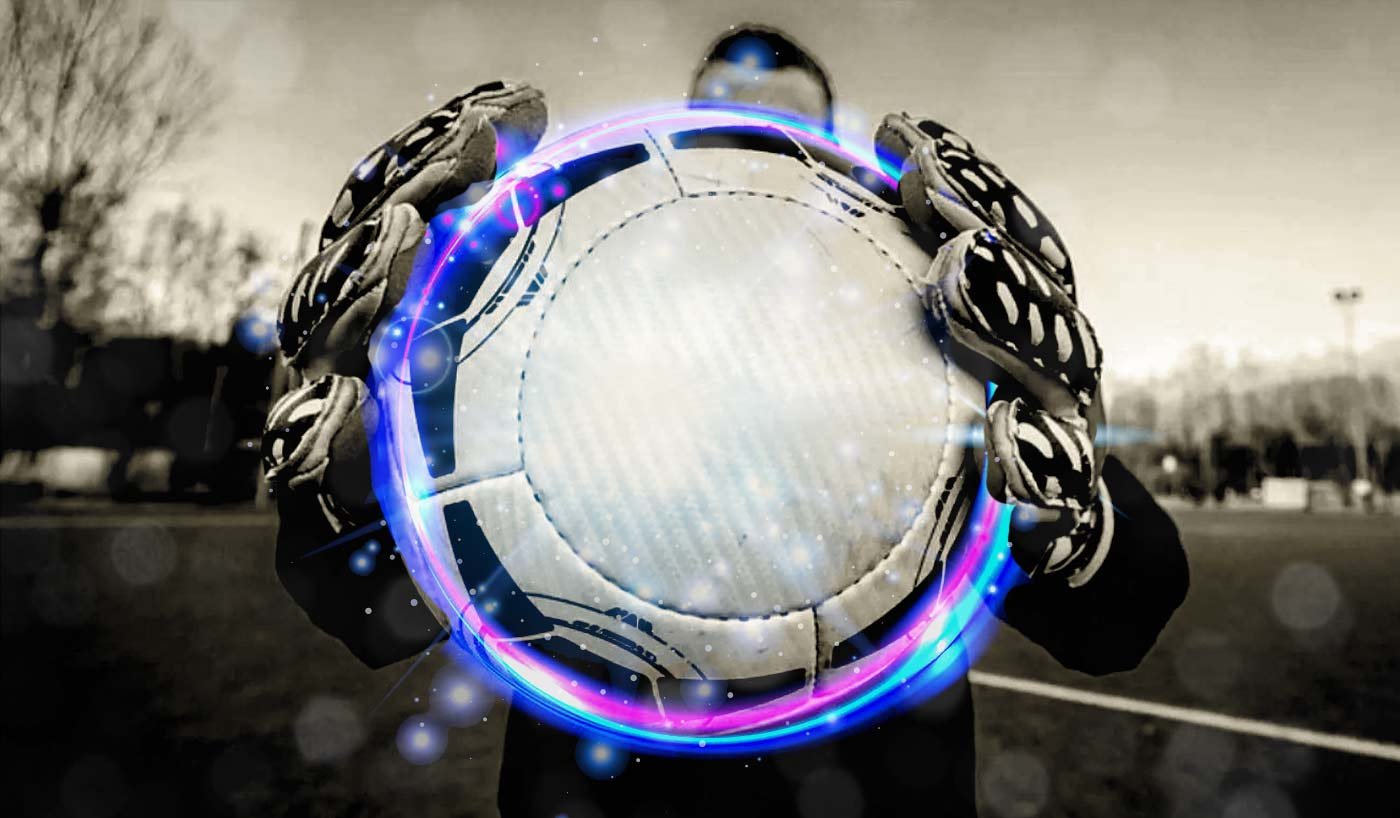 Football clubs are redirecting their management toward a business model with the hiring of new professional profiles that will ensure the survival of the business without such a direct dependence on sporting results.

The professional football industry employs 185,000 people in Spain, generates an economic activity of around 16 million euros within the territory and has a turnover equivalent to 1.37% of GDP, according to the latest study by the consulting firm PwC for LaLiga. It can also be understood from this report that, for every direct job generated by the LaLiga football clubs, around four jobs are created in Spain. Football is the main engine of entertainment throughout the world. Precisely because of the economic impact it generates in society, it seeks to redirect its management toward a business model, with the hiring of new professional profiles that ensure the survival of the business without having to rely exclusively on sporting results.

Johan Cruyff Institute invited professionals from football clubs to take part in a panel discussion on the reality of this industry and reveal to the students of the programs in football business, sport management and sport marketing and sponsorship what the most sought-after professional profiles are.

“I didn’t like football at all, I was not a fan of the team. The love for the colors comes later. But I’m passionate about the business, the company and, above all, my work”. These are the words of Miriam Carreño, head of the human resources department of Real Valladolid, a club that Ronaldo Nazário, current president and majority owner, is turning 180 degrees in favor of excellence and professionalization. “In general, the football industry has traditionally had a business model in which clubs had little structure, where we all do everything, we all work on everything. And it’s clear that it’s not the right model”, Miriam explains.

“The football industry has traditionally had a business model in which clubs had little structure, where we all do everything, we all work on everything. And it’s clear that it’s not the right model” – Miriam Carreño (Real Valladolid)

Football is a very powerful industry, which generates a huge amount of income, unimaginable in most sectors, “and that income has to be managed with an adequate structure. We started a process of change towards professionalization at Real Valladolid in 2017 and the human resources department appeared as the driver of that change.

“Nowadays, clubs that do not want to enter into the culture of innovation, technology, globalization and internationalization are facing a situation of imminent loss”, adds Germán Robles. He is the general director of the Mareo Real Sporting de Gijón Football School Foundation, a training project and laboratory for innovation and development for the club, in the style of FC Barcelona’s Barça Innovation Hub.

“The departments that have grown the most in the last two years in which we have been in the first division have been those linked to digital transformation, the communication department, for content generation, and customer service,” explains Ignasi Mas-Bagà, general manager and chairman of the board of directors of Girona FC.

Real Sporting de Gijón has 303 members of staff, “of which about 60 people make up the backbone of the club. We are the ones who take care that not everything depends on the 11 players who run out onto the pitch. We seek to grow internally, looking for other business areas, other niches, not only related to television rights, shirt sponsorship or everything involved in the world of football. We want to become a football company with our peculiarities, but internally and organizationally, very similar to any other company.” Rubén Sánchez, financial director of Sporting de Gijón and of the Mareo Football School Foundation, knows very well that the football industry must stop looking at its navel and start looking for resources in other activities that allow the ball to keep rolling and, if it ends up entering in the opposing team’s goal, better than better.

“The clubs that do not want to enter into the culture of innovation, technology, globalization and internationalization are facing a situation of imminent loss” – Germán Robles (Real Sporting de Gijón)

“We don’t live from titles, we live from our effort and, being clubs with tighter budgets that have been relegated and promoted many times and have to hold on to our position tightly, we had to experience these transformation processes in a very hard and emotional way,” agrees Miriam Carreño. To this, Mas-Bagà adds a very significant fact that supports her argument: “In the first division, there are currently only three clubs that have never gone down.”

The search for a sustainable business model is a necessity for the vast majority of clubs, if not for all. According to Germán Robles, “making an analysis of the last 45 years of our competition, there is a direct relationship between budgets and titles, of about 96%. We speak very highly of teams like FC Barcelona, Real Madrid, Atlético de Madrid and, to a lesser extent, Deportivo La Coruña and Valencia CF. That should make all of us who study and do research on football reflect a little”.

“Digital transformation, communications and customer service are the departments that have grown the most at Girona FC” _ Ignasi Mas-Bagà (Girona FC)

The virtue of sacrifice and effort is not exclusive to the players. However, it is hard to recognize the merit of the work of those behind the scenes. But it is those anonymous professionals who keep the show running beyond the 90-minute match. “Don’t think about earning 10 million euros, let alone 70, for that you have to be a player – warns Miriam Carreño. We manage another type of talent that for me is much more important, which is behind the curtain and keeps the company afloat and the structure solid and ensures the club remains big, whether we are in the first division or the second, and that it does not disappear”.

It is curious that, of the four representatives of the teams that accompanied us at the round table, only Germán Robles has a background directly linked to football management, from his time at Atlético de Madrid. Ignasi Mas-Bagà comes from the world of events and came to Girona FC after six years working at Media Pro production company and two years on the internationalization program LaLiga World Challenge, organizing tours around the world to promote the competition. Rubén Fernández was the financial director of Suzuki in the Canary Islands, and Miriam Carreño moved to Real Valladolid from the food industry and public administration. Three examples that you need not have been born with a ball at your feet to end up stepping onto the pitch.

“We try to find professionals who do not come from the world of football—not for any particular reason, simply because we are increasingly moving toward becoming more professional and having the best in each area, who provide a different vision” – Rubén Sánchez (Real Sporting de Gijón)

“The development and business area is the one that is growing the most and in which there is the greatest turnover. After all, we are an entertainment company and it is where there are more opportunities in football. The positions related to marketing and communication are the ones most in demand right now at Real Valladolid: communication and marketing officers, heads of activation and sponsorship, fan engagement and community management,” explains Miriam.

When looking for new profiles to incorporate into the club, those responsible for hiring do not set boundaries. “In our case, the people in charge of the department are the ones responsible for searching for talent with the tools that we have at our disposal, such as LinkedIn, or they go knocking directly at the door of other clubs, but they often also look in other sectors,” says the general manager of Girona FC. “This is my fifth season at the club. When I started, there were 13 of us in the business area and now we are 50. We have hired many people who had no experience in football because, after all, we are a company dedicated to entertainment and showbiz. We are the club with the second most social media fan engagement in the whole league.”

The best time for administrative transfers

The winter and summer transfer windows do not apply to the hiring of new administrative staff at football clubs. The signings respond more to specific needs for specific projects. “A selection process lasts between 15 days and a month, depending on the type of profile. For middle and senior management positions, to make a good selection, we’re talking about 30 to 60 days and we value the level of training, experience, languages and mentality to perform certain positions, based on the roles and responsibilities that are assigned to the position. We publish the job offers in LinkedIn or Infojobs, depending on the type of profile, and for the next season our project is to create our own employment platform,” says the human resources manager at Real Valladolid.

According to Rubén Sánchez, “in the world of football there is no rest. At the administrative structure level, there is no specific period when we hire more or fewer people, but it is true that we are at a time of transformation. And, in my case, I also try to find professionals who do not come from the world of football—not for any particular reason, simply because we are increasingly moving toward becoming more professional and having the best in each area, who provide a different vision.”

Requirements for the position and salary

Being flexible and able to adapt to constant changes, and having a focus on excellence and a good attitude are essential requirements for working in a football club. “We are a sector with permanent challenges,” says Germán Robles. “No two seasons are the same, nor are two days,” adds Mas-Bagà.

Remuneration will depend to a large extent on whether the team is in the first or second division and, consequently, on the budget it has, but there is a variable in the salary that not all companies can offer. “The world of football gives you an ’emotional’ salary, which does not appear on the payslip, but it’s there,” explains Miriam Carreño. I know what a professional who joins Real Valladolid will offer me because I have seen it in their CV and in their references, but what will the club offer them? Many other things that have nothing to do with salary—passion, a desire to work the hours that are needed, to see that your work has its fruits and, above all, a sense of belonging to a team. The hugs are also backstage, at 12 o’clock at night, after a day that, for us, has started very early, or after a terrible month of work and activity. The work climate at a football club is not comparable to any other I have known.”