Everton Football Club’s commitment to equality and diversity is driven by 'taking positive action', empowering its employees, fans and community to use sport to make a difference. Its equality and diversity programme has been further strengthened recently by two major announcements and the founding of three new staff networks. We explore these initiatives and how they are helping Everton set an example for football clubs.

In May, Everton became one of the first football clubs to sign up as a Stonewall Diversity Champion. Stonewall is Europe’s leading charity for lesbian, gay, bi and trans equality, working with more than 750 organisations to help them further strengthen their commitment to the LGBT+ community and ensure they offer an environment where everyone can be themselves.

Both the Club and its official charity, Everton in the Community, will receive expert consultation from Stonewall, and together will review current polices, practices and staff training. Staff will also have access to best practice case studies and seminars, resources and toolkits, and the Club will be listed on the Proud Employers careers site.

Kim Healey, People Director at Everton Football Club, said: “We are looking forward to taking our commitment to the LGBT+ community to the next level by learning from and working with Stonewall, incorporating their best practice into everything we do. We want to continue to ensure that everybody that comes into contact with our Club and charity feels welcomed and can be themselves.”

We want to continue to ensure that everybody that comes into contact with our Club and charity feels welcomed and can be themselves.
Kim Healey, People Director at Everton Football Club

The announcement of the partnership with Stonewall came less than three months after Everton shared the news that it had achieved the prestigious Advanced Level of the Premier League Equality Standard (PLES).

Designed to reflect current equality legislation and case law, the PLES provides a framework to guide professional football clubs towards achieving equality. The Club and its award-winning charity underwent a rigorous assessment led by a panel of independent experts, who commended Everton’s commitment to embedding equality, diversity and inclusion into everything that it does.

At Everton Football Club and Everton in the Community, staff, players and fans are encouraged to work together in taking the Club’s commitment to equality and diversity forward.

In 2018 Everton demonstrated this with the launch of All Together Now. The campaign and tagline 'a football family for everyone' is front and centre of Everton’s brand presence online and on matchdays and has resulted in a number of sector-leading initiatives in the promotion of equality and diversity.

These have included Everton being the first Premier League club to become a Disability Confident and then Disability Confident Leader employer; achieving ‘Champion of Champions’ at the inaugural Autism Gold Awards after training 250 staff in autism awareness, employing stewards on the autism spectrum and becoming the first football club in England to register as a breastfeeding friendly organisation (Babies and Mums Breastfeeding Information and Support Initiative  - ‘Bambis’ - Quality Mark). In September 2019, at Everton’s game against Manchester City and the Club’s annual ‘Kick It Out’ fixture, Everton’s Fan Engagement team worked alongside fan group The County Road Bobblers in their fundraising and unveiling of a banner featuring the message ‘No Al Razzismo’ and an image of Everton striker Moise Kean, who had recently arrived at the Club, and had experienced racism while playing in Italy. This joint Club and fan activity, which gained international attention, was supported publicly by Moise Kean himself and Kick It Out.

In response to the Black Lives Matter movement, Everton Football Club and Everton in the Community has reaffirmed its stance against racism, fully supporting players taking the knee and replacing their names on the back of their shirts with the words Black Lives Matter. The Club’s equality and diversity education programme is constantly updated to ensure that it reflects new developments, research and standards and the Club builds links with BAME community groups and faith-based organisations through visits and game attendance. The Club and its charity work closely with its staff, fans, community participants, The Premier League, Kick It Out and other clubs to ensure that it remains at the forefront of equality, diversity and anti-discrimination education and positive social action.

All Together Now is underpinned by Everton Football Club’s strategic vision for diversity and inclusion, which involves ‘being the best’ in Business (an inclusive workplace culture), Environment (accessible facilities for fans, staff, community, participants and players), Club (an inclusive culture amongst fans) and Team (players who embrace equality and diversity).

Each area of the business has an 'Equality Action Plan' and a 'Diversity Champion' appointed from the extended leadership team.

In February, the Club celebrated three consecutive years in the Sunday Times 100 Best Companies to Work For list. Everton is still the only football Club to be ranked in the list – with one of the key measures being how empowered staff feel to share their views and make positive change.

Everton has only been able to achieve this by placing its people at the centre of everything it does – and by looking to them to help steer and shape work on equality, diversity and inclusion.

The Club has this season launched three new staff-led networks - an LGBT+ network, a Women’s Network, and a Mental Health Network. Members are from a range of ages and backgrounds and cover all departments.

The networks lead on the development of activities to promote equality and diversity, provide valuable feedback, put in place resources, events and training, and help shape and execute how the Club and charity responds to national and international awareness days. 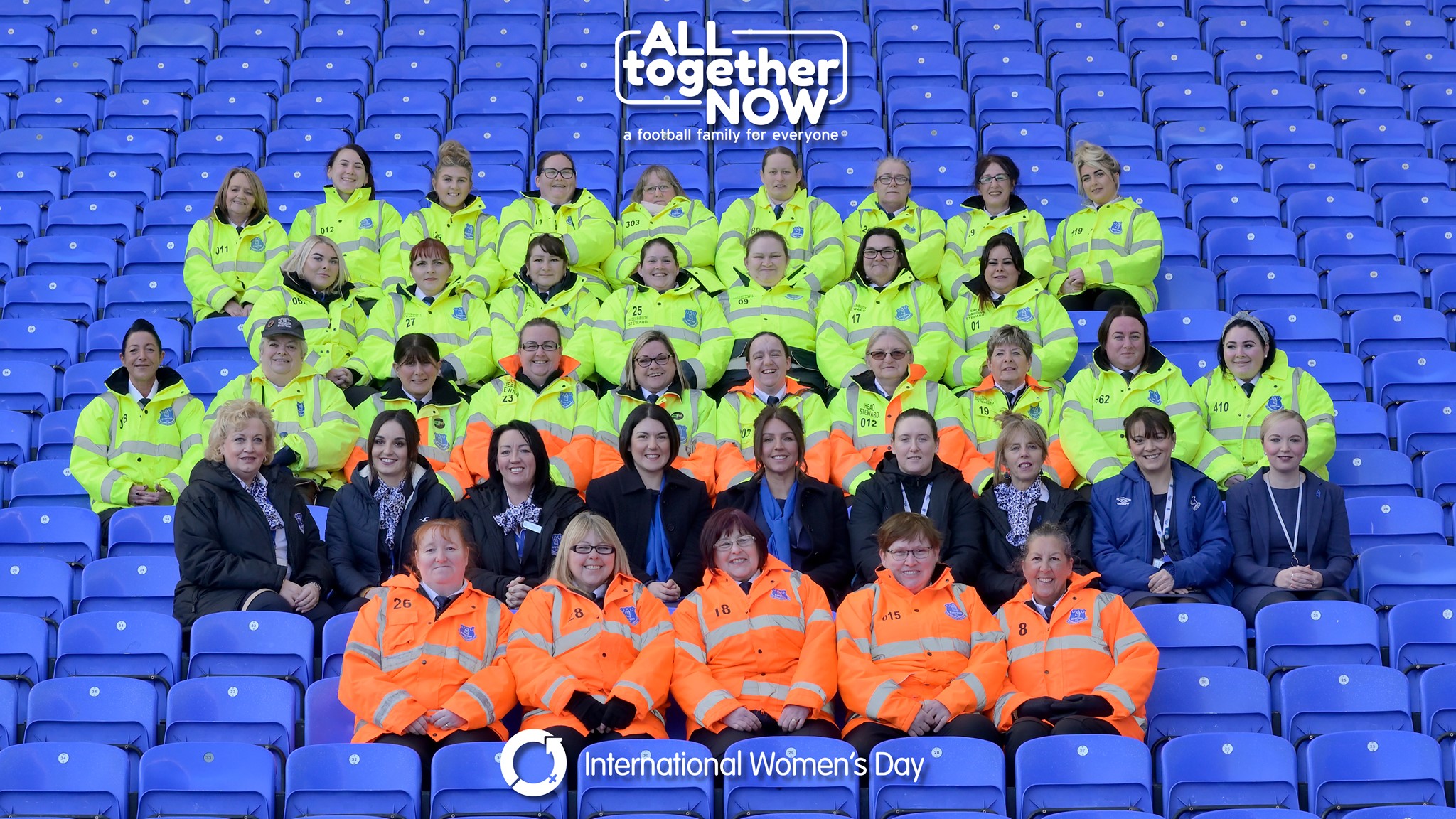 This year, the Women’s Network helped shape and deliver the Club’s largest celebration of International Women’s Day to date, with a social media takeover, career profiles of women from around the Club, inspiring video content and the opportunity for girls thinking about their careers to visit Club sites and speak to women in key roles. It also organised menopause awareness training, open to all, to make people aware of the symptoms, and to help managers gain an understanding of the impact of menopause on women experiencing it.

The Mental Health network organised an event at every Everton Football Club and Everton in the Community site on World Mental Health Day, allowing staff to meet members of the network face-to-face and find out about what support is available.

The LGBT+ Network is currently devising a programme for the Club’s support of Liverpool City Region Pride which this year will take place on July 25. All three networks also work together and with the Club’s Equality, Diversity and Inclusion Advisor, to jointly support a range of equality and diversity activities.

During the coronavirus pandemic, the networks have played a crucial role in keeping staff engaged while at home, ensuring they are supported no matter what their circumstances, and developing a range of inclusive wellbeing resources as part of the online Everton Connect staff engagement programme.

All three networks have engaged with external experts to offer online sessions on stress, sleep management, relationships, social media and mental health and organise online coffee mornings to meet members, ask questions and share ideas. Staff response has been excellent, with a number of initiatives identified as key engagement tools to be developed even further.

It is through taking positive action – together – that Everton empowers its employees, fans and community to use sport to make a difference and ensure that Everton sets the example and continues to be a football family for all.

Check out the FLDC Careers Platform focused on supporting the drive for diversity and inclusion across English football.