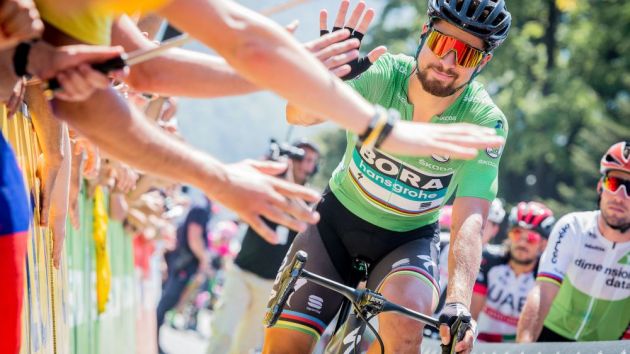 Following the Eurosport owner’s takeover of Play Sports Group, Sameer Pabari, the Discovery senior vice president of content and business development who led the deal, reveals more about plans for a new global sports and lifestyle network to fully service the needs of the cycling community in this interview conducted by SportsPro Media.

The OTT era is producing a series of competing and complementary visions of the future of sports broadcasting. This week, Discovery’s became a little clearer. The Eurosport owner continued unfolding its direct-to-consumer sports strategy with the completion of a deal that gives it a 71 per cent stake in Play Sports Group in a bid to create a new global cycling platform.

The new agreement brings together what are perhaps the two leading media entities in the world of cycling. Pan-European broadcaster Eurosport’s long-held portfolio of live cycling rights includes coverage of all three Grand Tours through tie-ups with promoters Amaury Sport Organisation (ASO) and RCS, while a partnership with the International Cycling Union (UCI) sees it air 35 races on the UCI World Tour as well as the UCI World Championships.

It shows live racing on its YouTube and Facebook Watch channels but its primary interests are in lifestyle, training and technology programming.

Shortly after the deal was signed, Sameer Pabari, the Discovery senior vice president of content and business development who led on the deal, spoke to SportsPro at Eurosport’s offices in Paris.

He discussed what to expect from the new platform, how it could compare to GolfTV, how Discovery is identifying which sports could benefit from the vertical channel approach and why he thinks it is best placed to serve those fan communities. 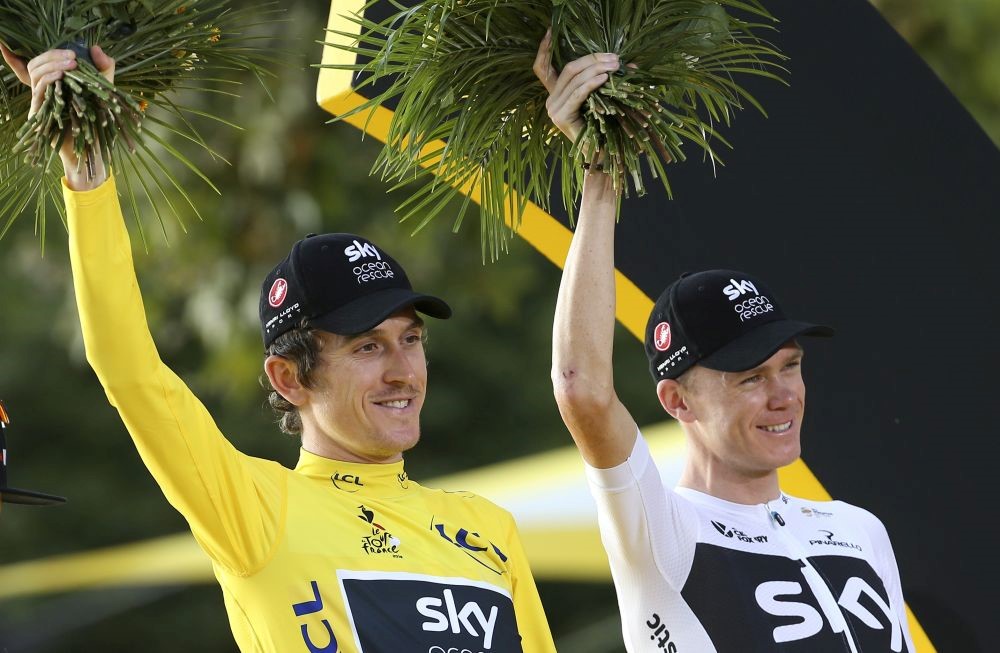 How did this opportunity with Play Sports Group come about?

The recent investment that we’ve just closed actually gives us a majority position, owning 70 per cent of the business, but we had already invested two years ago to take 20 per cent of the business. That initial feeling that there was something special about this company, and there was a lot of complementarity around what they were trying to build in cycling and what we were building in cycling, that really came about from me meeting the founder and CEO of Play Sports Group, Simon Wear.

We had a lengthy lunch one afternoon – I think it was in September – where it was one of those classics where you get out a napkin and draw what exactly you see as the future. And we both recognised the expertise that the other party had in the world of cycling.

Clearly, Eurosport has an incredibly strong heritage in the sport as the broadcaster of all the major road racing events for many, many years. And Simon, through his background in cycling and his traditional publishing background, launched this business about six or seven years ago as a digital media business focused on cycling fans – taking a slightly different view, really focusing on community and building that community wherever they sit and predominantly publishing on YouTube and Facebook to date.

From our perspective, we love cycling – not just because we’re embedded in the sport but because as a sport it has an absolutely passionate, loyal fanbase which you’ve seen grow year after year on an international basis. And like golf, in many ways, there’s a very strong participatory element to cycling which sometimes you don’t get from other sports.

So obviously there was a commercial opportunity there that we saw to actually move beyond delivering just video to actually servicing cycling fans in a broader sense to help fuel and power their passion for the sport, provide more information, help them become a better cyclist, really feel part of more of a global, connected community.

That really fitted in with the strategy that we’ve now adopted when it comes to certain key sports where we really think that we can take a very, very strong position and actually make a difference to the consumer. Because it’s part of our journey of going from being, a few years ago, more of a traditional broadcast company to now more of a next generation media company.

Do you already have quite a developed sense of what the product or channel or media platform that will result from this is going to be?

We’ve got some very strong ideas as to what people want and we actually feel that cycling fans are underserved. There are a lot of different products and services out there for cycling fans but typically it’s quite fragmented and I think there is an opportunity to pull something together that actually makes a difference and makes life easier.

From our perspective, we have all of these amazing rights but when people identified themselves as cycling fans, in many cases that’s not just about watching the professionals ride, it’s about you getting on your bike yourself or with friends, a sense of community or even just a sense of improving your own capabilities as a rider.

So there’s this entire aspect of the cycling community that just focusing on the professional aspect of the sport and broadcasting those races sort of misses out what a lot of people self-identify with when it comes to the sport. For us, that’s really, really exciting. 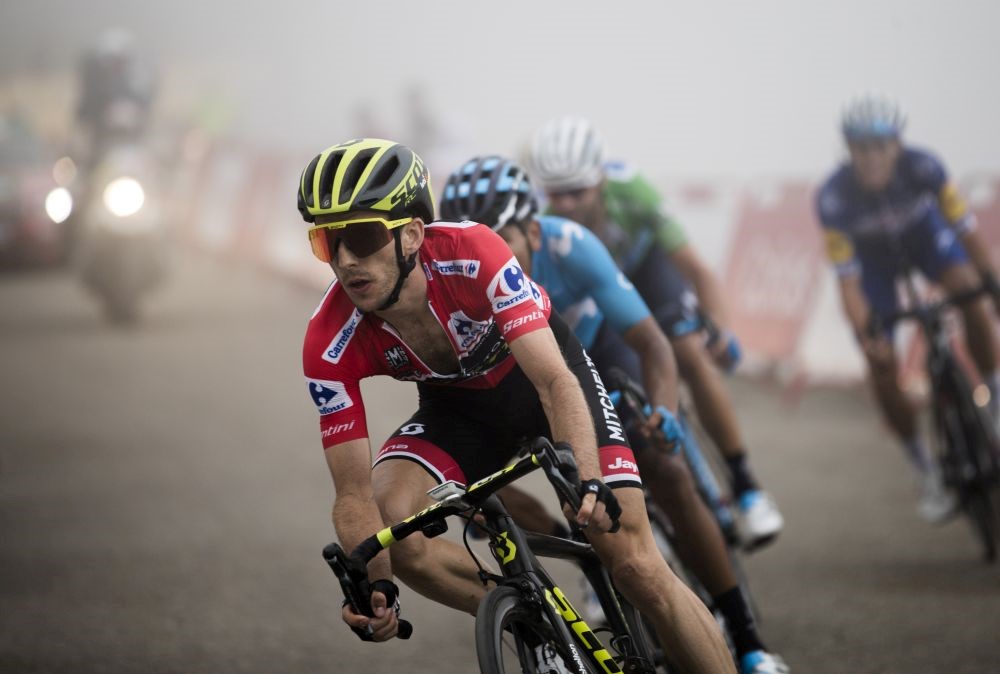 How closely is this going to follow the template set by GolfTV?

GolfTV, our investment in golf and our partnership with the PGA Tour, was locked down last year so they’re a little bit further ahead in terms of their journey.

There’s a lot of activity and thinking that that team is embarking on in terms of bringing a fuller set of services to the golf fan, and that philosophy and mindset is absolutely on par with what we’re doing on cycling.

Now, obviously, how that manifests itself for the golf fan versus the cycling fan will clearly differ, but that aspiration to deliver as much as we can to the fans in order to help them pursue their passion is the raison d’être for both teams.

So you can’t say at this point whether there’ll be live cycling from the Eurosport portfolio on the platform?

We’ll look at it but ultimately we’re going to be consumer-driven and we want to make sure that we’re building stuff that will really make a difference to the cycling fan. We have all these cycling rights today which are available on Eurosport – whether that’s through our linear channels or our digital platforms.

If it makes sense from a consumer standpoint to also mirror that on this new cycling product, we’ll do that but we’ll let the customer inform us in terms of what the right product strategy is.

As I said, we’re just starting that process now in terms of coming together as two teams and really figuring out what the right approach in terms of serving cycling fans should be.

Do you have an idea yet of when the rollout will be?

Right now, Play Sports operates on a fully global basis. Historically, the type of content they’ve created – which is behind the scenes or product reviews or interviews with the professional athletes – because it’s not really rights-dependent, they’ve always been able to publish that on a fully global basis. So we start with that perspective, with the Play Sports content output.

In terms of Eurosport, clearly our footprint when it comes to cycling rights encompasses Europe, Asia, Australia and a few additional territories, so we’ll clearly look at opportunities for more rights in more territories, more races, but we’ll look at those on their merits.

What kind of partners do you anticipate working with on this?

In terms of cycling, I think both us and Play Sports are in a pretty privileged position where we’ve got incredibly good relationships with the entire ecosystem, whether that’s the event organisers like the ASO and RCS, the governing body in the UCI, or the teams - represented by Velon or represented by a significant proportion of the teams – both parties are very well respected throughout the entire industry. So we would hope we can find a way of working with as many different parties as possible.

As I said, this really comes back down to what we want to offer the consumer. What’s going to make a difference to the life of a cycling fan? But once we’ve got absolute clarity on that, and we’ve set out our stall in terms of knowing this is what Discovery’s cycling product or set of products is going to be, that will then drive the partnerships that we then need.

How much has this vertical channel approach opened up what Discovery can do on the content acquisition side and can we expect further examples to follow with other sports?

It’s a very clear strategy in terms of focusing on the vertical and really trying to offer the best that you can to any discrete, dedicated set of fans. I think that differentiates us from a lot of other people playing in the sports space and it’s really true to our core values.

Because the type of consumer that we’re focusing on and the type of content that we produce in our traditional services might be very, very different between the team working on cycling versus the team working on food, but that obsession over the customer and what they want, and that real insight into the community – that is there throughout Discovery in all of these different areas. So it’s that mindset that really powers this approach that we’re taking in sport.

We’re very, very comfortable with the strategy because we think it’s differentiated and true to us. I think, as with any strategy, you’ve got to figure out the right way of executing it. In the case of golf, that was unlocked through a long-term partnership with the PGA Tour. The way we’ve unlocked cycling is very, very different.

We’ve already made a significant investment in cycling rights for many years, and this was an acquisition which helps us tap into a community that has been built; it helps us bring on board a team of cycling experts.

So while the overall vision and mission of cycling and golf might be broadly similar, the way in which we’ve executed those are quite different. So I think that going forward, any future sport that we look at will obviously be judged strategically on the merits of that sport and whether or not we think it’s a good commercial opportunity and we can fundamentally make a difference.

But I think how you see these strategies unlocked and implemented could really vary sport by sport because the ecosystem for each sport does vary. If you think about something like cycling, with three relationships you’re covering most of road cycling, whereas that’s not the case if you’re trying to build a global football proposition around the top football leagues in the world.

So each sport is different – it has its own ecosystem, it has its own political structure – and as experts in the sports space, we’re attuned to that and we tailor how we execute our strategies accordingly.

This article was originally published by SportsPro Media ahead of this year's Sports Pro LIve event in London.

END_OF_DOCUMENT_TOKEN_TO_BE_REPLACED

Basketball player, story teller, Academy Award winner, and businessman are a few of the roles that Kobe Bryant had under...