The viability of the eSports industry 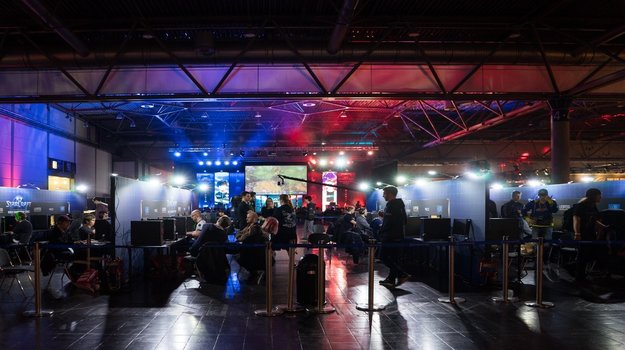 Imagine an arena packed with fans cheering on a basketball game, only, instead of watching world-class athletes, the fans are watching video game avatars. That’s exactly what sports leagues and franchises are starting to be invested in all over the world. The NBA recently launched its own eSports league, with a full player draft and each basketball team having their own eSport team.

However, even though sports leagues like the NBA are getting into video games, eSports have been around for quite some time.

The Beginning of eSports

The first eSports tournament was over Space Invaders in 1972 at Stamford University and had a great attendance of 10,000 participants. Then, in the 1990s, PC games such as Quake helped eSports go to a whole new level. In 1997, the red annihilation Quake tournament drew more than 2,000 people and is still largely considered the first actual eSports tournament.

Watching online gaming is becoming increasingly popular, especially when it comes to younger gamers. The success of eSports as a new sports format can be seen in the sheer number of audience members it’s attracting to stadiums, and eyeballs it’s catching when streamed live across platforms like Twitch, YouTube, Facebook, and more.

Branding In The eSports Arena

Here comes a brand interest in this niche. Currently, almost three-quarters of the collective revenue of eSports leagues come from sponsorship and advertisement. The advertisers can host tournaments, sponsor teams, players, and competitions.

However, this is something that’s not necessarily approachable by the average brand. The young gaming audience doesn’t trust outsider branding that’s only sponsoring a team or a tournament for a monetary gain.

That’s why brands need to be careful when it comes to entering the world of eSports. They need to really get to know it inside and out. If they don’t understand the culture of eSports and the audience that surrounds it, the spectators may disregard that brand quickly. That often means that the brand needs to get to know the user and learn how to sell the product to the gamer, rather than approach it with purely sponsorships business plan.

Moreover, it seems that food and beverage companies have better success in the eSports industry. Red Bull, in particular, is a brand that has done a great job of aligning itself with eSports. Coca-Cola is a brand that has been associated with sports for the longest time.

The eSports industry is rising quickly. That’s why emlyon business school has been discussing its viability for years. And just like brands, the earlier you start learning and engaging with eSports the better. emlyon business school’s MSc in Sports Industry Management is a great place to learn and be ready for the future of sports business management.