Working at the Olympics: What is it really like? 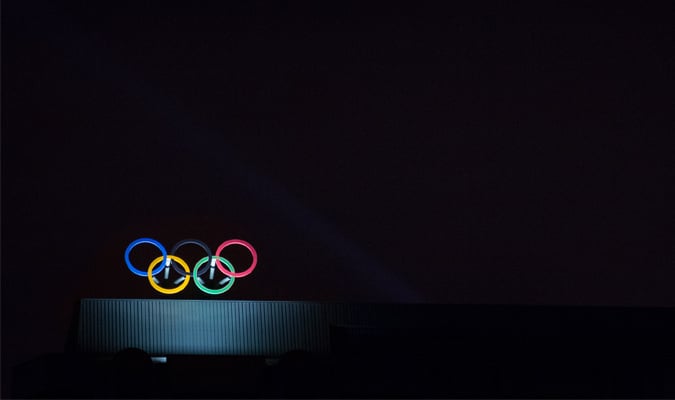 The hidden faces of the Olympics, all of the people behind the glitz and glamour; we take a look at the wonderful, but challenging, experience of working at an Olympic Games.

The Olympic Games is often been hailed as the greatest sports show on earth, the stage on which some of the world’s biggest sporting stars have made names for themselves – with success, or failure.

To make that show run smoothly, there is a massive team of workers, making sure that everything is kept on track. On average, around 50,000 people work at a winter olympic games. That covers everything from volunteers to journalists, staff representing the Olympic sponsors, to general managers at each Olympic venue. Some 80,000 volunteers alone are expected to work at the 2020 Tokyo Summer Olympic & Paralympic games

So, what is it really like to work at an Olympic Games?

Philip Wilkinson has seen two very different sides to the sporting showcase: for three Olympiads from 2008 to 2012 he worked in the communications team for the British Olympic Association (BOA) before switching to a similar role in the organising committee for Rio 2016.

“There’s a buzz to the Olympic Games that I’ve yet to find anywhere else in the world,” he says. “The best seat in the house is that of an athlete but I feel like I’ve had the second-best seat.”

For him, the Olympics equated to 17 days of competition and 20-hour days, his two phones constantly ringing to answer all manner of queries.

“I’d say that for anyone working at an Olympics, it’s like a marathon and, like any good marathon runner, you need to pace yourself,” he explains.

Every Olympics has been different in his experience. In Beijing, his role was about “creating a home from home” for British athletes, two years on in Vancouver it was a similar experience but with a far smaller team in wintry conditions.

Come London 2012, it was a completely altered experience again. He recalls: “There’s a continuity from one Games to the next but, with London 2012, we did a lot of work on home advantage but also home disadvantage with the pressure.

“And the attention was so different and varied with requests. One that stands out is the actor Will Smith saying he wanted to do something with the team. We managed to make that happen. The whole event was like ‘this is our moment; the world is watching’.”

Having experienced such a high, he felt London could not be improved upon from a British perspective – “although ironically Team GB had an even better Games in Rio” – so he switched to become international media manager in Rio, the only foreigner in that team.

“What I learned from that, for any student at university, I’d advise them to put themselves out of their comfort zone,” he says. “It’s a great experience.”

Be part of the special moments

National Newspaper Photographer of the year, Jeremy Selwyn, and has taken pictures at four of the last five Summer Games, Athens in 2004 the only one he has missed.

“I love the Olympics, it’s one of the best things we do,” he says. “It’s hard to go wrong as a photographer because it’s all just one big stage.”

For him, his stand-out image was of Mo Farah after his second gold of London 2012, his shoes draped over his shoulders and kicking his feet high in the air as he looked directly into the camera.

For wannabe sports photographers, his advice is simple: “Not all the photographers will admit it but there’s a big element of luck. With Mo, I got lucky in that I was in the right place at the right time.

“But you can improve your luck by getting there early and getting the best position you can possibly get. And while I have a picture like Mo, I’ve plenty that went wrong. There was one of two divers hugging in celebration only for a microphone boom to get in my way at the last minute and ruin the shot.

“The Olympics is a leveller. In five minutes, you can go from the best photographer in the world to the worst.” 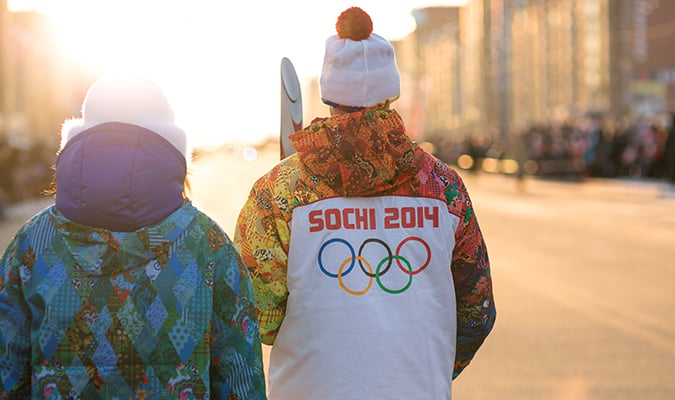 While Selwyn admits there is competition among the photographers at events, for former Independent Olympic correspondent Robin Scott-Elliot calls the journalistic hub “more like a family”.

He says: “It’s so crazy you just have to help each other out and lean on each other. Plus, there are so many sports to be a specialist in it’s almost impossible. So, for example, there was one guy in Sochi from BBC Scotland who became everyone’s friend because he was a curling expert.

“The other challenge there was a bunch of middle-aged men trying to become overnight experts in freestyle skiing! It’s a challenge.”

Whatever your job at a Games, Scott-Elliot says it also highlights the national stereotypes from country to country: “The Americans are only interested in their athletes, the Italians are all immaculately dressed, it’s a good insight into the wider world.”

“But more than anything they’re wonderful events to work at. The hours and workload can almost be untenable at times, but you get swept away by it. Plus, journalists are a cynical bunch and it allows you to forget that cynicism with a window into the greatest moment of some athletes’ entire lives. That’s very special.”

What does a product manager in sport do?

Jean-Baptiste Saulais has worked for the Adidas marketing team as a product manager & activation assistant on for a ...

END_OF_DOCUMENT_TOKEN_TO_BE_REPLACED

What it takes to be a Stadium Manager

What does it take to be a stadium manager and what do they do to support the delivery sporting events? Jonas Djian was S...

END_OF_DOCUMENT_TOKEN_TO_BE_REPLACED

Ramón Amich, director of Nielsen Sports for Spain and Portugal and guest speaker on the Master in Football Business in p...