Underperformance and the alternative hypothesis 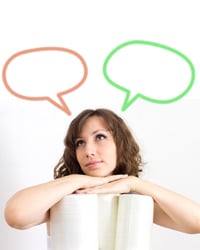 A couple of months ago, at the start of this series in an article titled ‘ International Britain? ’, having observed a majority of international students within the Sport Management programme, I wrote about the appeal of Britain’s educational system. As I have been getting to know a great deal more of my peers, it has become clearer that the initial sampling is in fact representative of the degree at large and of the initial hypothesis - students have relocated to the UK with the particular intent of pursuing this specific Postgraduate degree in Sport Management. While it turns out that the majority had intended to return to their home countries after graduation, a fair few of them seem to have changed their minds and instead expressed a desire to remain in UK.

As I’ve become more acquainted with students in my class I’ve been trying to understand why exactly European students, British or not, have selected full-time over part-time studies. Forget the odd cases in which some full-time students are actually in employment, the hurry in which most students seem to be to get their respective postgraduate degrees would infer a certain lack of understanding of the actual professional environment.

Be it far from my intention to be condescending - I’ve actually befriended quite a few of them at this point and to be fair a significant amount have experience of some shape or form in their CVs - this perceived immediacy in obtaining a postgraduate degree in the shortest possible timeframe when they are in fact still so very young would suggest the idea of the MBA as something of a ‘quick fix’ to a job in sports.

I don’t personally work in HR and have no proper qualifications to assess the validity of this argument. However, from personal experience I would say this notion is misleading - I know many professionals working in the business of sport with no postgraduate qualification, and also many others who have no formal degrees in sport in their CVs. The industry doesn’t seem to perceive an MBA as a necessity, nor a degree in sports - an edge, perhaps, but certainly not a must. So why the urgency?

In the meantime it has come to my attention my class as a whole has not performed particularly well in last term’s module. Last week we received markings from our exam and, while I fared better than in the assignment, it would seem the group as a whole somewhat struggled. A couple of weeks ago, in ‘ Falling short of the mark ’, I attributed a relatively poor performance in my assignment as something of a disconnect between working professionals and student preparation, but it would now seem I have insufficient evidence to sustain this hypothesis.

Alternative interpretations could lie on second-rate lectures or substandard teaching, both of which I would strongly question should the analysis reside on this term’s lectures, but neither of which are at all applicable to last term. Is it then perhaps a language issue or a matter of eloquence - or lack thereof? From a personal point of view, despite my failure to successfully summarize and restrain an argument to 2,500 words in my assignment, eloquence was in fact the highest compliment I received as feedback.

My parents taught me from an early age a grade can only be assessed through a base of comparison. An 80/100 marking may seem impressive after all, but if the remainder of the class achieves a grade 90, it would render the former ineffective. Yet if the entire class underperforms, I would argue there are some underlying issues which should be brought to light and openly discussed. The programme is undoubtedly a learning curve (‘ The curve ball ’), but unless there is any feedback - collective or individual - the probability of any real advancement is unlikely to develop.

Get in touch! &nbsp;