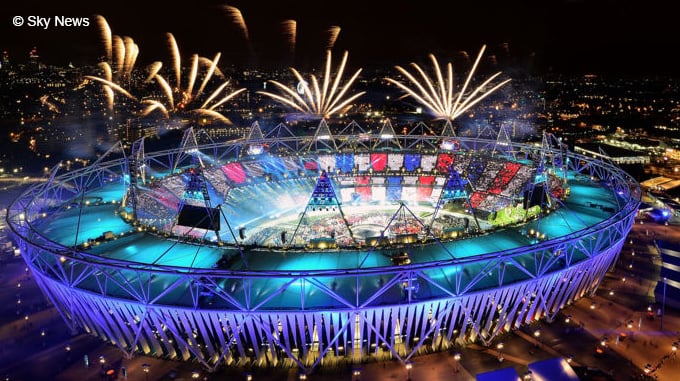 There is an emerging trend for host cities, nations or national associations to change the format of the sports events that they are bidding to host, in order to provoke desired impacts and achieve the legacy objectives that they, as hosts, are seeking from that particular event.

In turn, the event owners (international federations, continental federations and commercial bodies) are increasingly open to the format of their events being tweaked and moulded, host city by host city, to aid organisers in their local or national legacy goals, and in turn, assist their own international ones.

Denmark, through Sport Event Denmark, the national government-funded events agency, is one of the champions of this legacy-first approach to bidding for and hosting sports events.

In recent years, it has openly sought to ‘change the game’ and, in effect, bid for a completely different event than the one that is written down on paper.

An example is the recently-awarded IAAF World Cross Country Championships 2019, slated for Aarhus in northern Denmark, the country’s second-largest city and this year’s host of SportAccord Convention.

The format of the 44-year-old event has been amended by the Danish Athletics Federation to incorporate a mass participation cross-country race and a national schools championship in the discipline, with the core motive being to stimulate higher participation in cross-country running across the region and Denmark as a whole.

Additionally, by charging an entry fee, the cost of hosting the entire event is effectively crowd-sourced, leading to a more sustainable event-hosting model.

The mass participation element will be marketed as a commercial entity and already has a catchy slogan ‘mud is our tattoo’ to attract participants who wouldn’t usually participate in cross-country.

For the event owner, the IAAF, holding the championships in Denmark creates an opportunity to reinvigorate an event that is popular within athletics circles, but does not necessarily have an impact beyond that niche market.

This model follows the Danish Athletics Federation’s success with the IAAF World Half Marathon Championships in 2014, staged in the Danish capital Copenhagen. Here, for the first time in the history of the race, a mass participation event was held at the same time as the elite race, attracting 30,000 participants. The success spawned a legacy event in the shape of the Copenhagen Half Marathon, with 22,000 participants annually.

Legacy-based bidding in relation to facilities is nothing new, but through these projects Denmark has been looking to change the event itself for its own means, primarily boosting sporting and social impacts. In turn, the event owner receives a new blueprint for its event which can offer more impact for its future hosts.

Denmark is not alone in looking closely at this area.

The NOC*NSF, the Dutch Olympic Committee, has long championed the contribution of sports events to the economic, environmental and social development of society in the Netherlands and abroad.

Accordingly, as the World Archery Championships 2019 was awarded to ’s-Hertogenbosch, it was announced that the event in that year will be combined with the World Archery Para Championships, across a new two-week format that means the finals venue will be used as a community engagement and entertainment venue as well as the arena for the competition.

Meanwhile, the World Air Sports Federation is actively seeking event host contributions in defining the shape of its tour events leading up to the FAI World Air Games, via its new event concept, the Air Games Tour.

The Tour gives event hosts the opportunity to select their own combination of air sports disciplines from its suite of 10, to create a multi-discipline air sports event that best suits that host city or region.

Paramount here could be the potential media impact for a city, as well as the possibility of achieving sporting or social objectives.

As Sportcal’s Global Sports Impact Project shows ( www.sportcal.com/Impact ), there are many drivers for hosting international sport. Principle reasons could be economic or tourism-based, focused across media, investment, sporting or social impacts, or a combination of these.

Even within mega-events such as the Olympics, through the IOC’s Agenda 2020 reform programme, there is now scope for host city or nation input into the event format via the sports programme.

The event bidding process is no longer a one-way approach; event hosts have a voice and can influence the direction and format of events before they are even awarded.

Event owners increasingly look to collaborate with their hosts to produce events that are not only commercially viable and serve as an apt showcase for their sport, but also have a meaning beyond the competition, and create a local, regional and international legacies.

The closer these desired legacies for event hosts and owners can be aligned in the bidding phase, the higher the likelihood of a successful bid.

This article was written by Tim Smith and originally published by our partner Sportcal.