Technology in sport: what has 2017 had to say for itself? 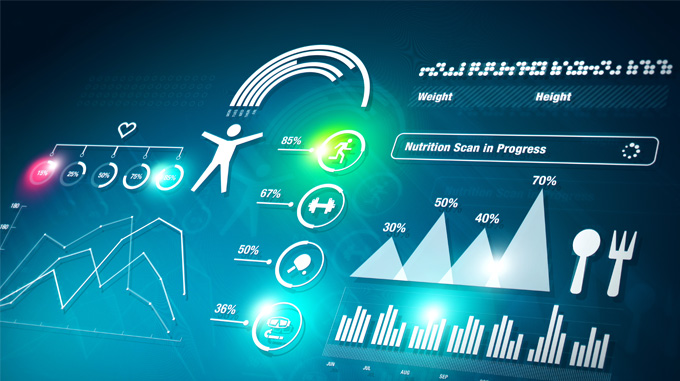 With news of German football club Hoffenheim introducing a Videowall to ‘revolutionise’ the club’s training methods, we take a look at other recent, innovative technological innovations that have taken place in the sports world so far in 2017.

The Bundesliga is no stranger to their clubs trying different technologies to assist in training. Borussia Dortmund’s decision to install the Footbonaut training centre at their training ground being a key example. The Footbonaut is a square-shaped arena where balls are hit to players at speed. The players then have to control the ball in a small space and pass back out into a target area, indicated by a light. In addition, German giants Bayern Munich have announced details of a partnership between the club and Siemens, which involves Siemens Healthineers equipping the club’s training facilities and the Allianz Arena with ultrasound and X-ray systems that help players with medical checkups and support recovery from injuries.

However, Hoffenheim’s latest instalment involves a 6×3 metre screen which is positioned on the halfway line of their main training pitch has been reported to possess the potential ‘revolutionise’ training methods. The system has four cameras and the feed from each camera is able to be shown on the screen at any time. The way in which the cameras are being controlled allows the coaching staff, like Head Coach Julian Nagelsmann, to explain situations in training in far more detail than previously.

Hoffenheim's Videowall - used in #training sessions to show players how and where to improve instantly. #Bundesliga #innovation #Germany pic.twitter.com/X4hGNhgJJT

Football is not the only sport to have recently innovated on the technological front though – basketball and baseball have also been taking steps forward. The NBA recently announced a partnership with Second Spectrum, who will provide advanced statistics such as speed, distance, drives, paint touches and defensive impact, based on its unique technology for machine understanding of sports for comprehensive analysis of players and teams. This will be done through Second Spectrum installing a player-tracking system in all NBA arenas. MLB, on the other hand, has approved the use of two new pieces of technology; a compression sleeve that tracks the the workloads of a pitcher’s arm and a heart-monitoring strap.

The most interesting technological innovation in sport to recently emerge though is that of Team Novo-Nordisk, who are far from your average professional cycling outfit. The story dates back to the 2006 Race Across America, where an all-Diabetic eight person team, known as ‘Team Type 1’, embarked on the race armed with small doses of insulin. Finishing a remarkable second place that year, Team Type 1 returned the after to win the race in a ruthless fashion. Ten years on, the team is known as Novo Nordisk and is a global group of over one hundred athletes, all of whom have diabetes.

This has all been made possible through technology. Specifically, this technology is a Continuous Glucose Monitor (CGM). CGM’s consist of two parts; a tiny glucose-sensing catheter that is inserted into body tissue and a radio transmitter that can repeatedly send the glucose level to a wireless receiver.

A diabetic rider’s blood sugar levels can fluctuate during the race, a point at which the CGM becomes crucially important. With the CGM taking readings every few minutes, the data appears on a graph that can be viewed on the Dexcom G5 mobile app. From this the CGM users can then base their insulin-dose calculations directly from values on that device.

Cycling has often been at the forefront of technology in sport, especially in this year’s Tour de France, as investigated in a previous article on FutureSport . However, given the lack of contextual clues in cycling about how events are unfolding, like the try line in rugby or the goal in football, there is one problem that technology is yet to solve.

Until now. With the 3 billion data points gathered on this year’s Tour de France by Dimension Data, predictions will be made about how the stage will pan out. Will the breakaway be caught on the ascent? How quickly? And by whom? Dimension Data plan to use the #TDFpredict to answer these questions, all the while increasing the sport’s digital presence.

With a gap of 5'30 over the #MaillotJauneLCL group and 90 km to go, our #DDPredictor thinks it's unlikely the attackers will win. #TDFdata pic.twitter.com/WJe2rFLrU2

Do you think the Break can win? #TDFpredict #TDF2017

The data presented by Dimension will no doubt cause excitement in the unpredictable world of professional cycling. However, one thing that we can be sure of is that from 18 metre square screens, via compression sleeves to glucose-level measuring apps, sport and technology’s relationship will continue to grow in order to raise human performance levels to their limit.

This article was originally published by our partner, Future Sport.


Give your career in sport a boost with the latest live vacancies , or create an account today and stay up to date with all the latest industry knowledge, events and jobs in sport.