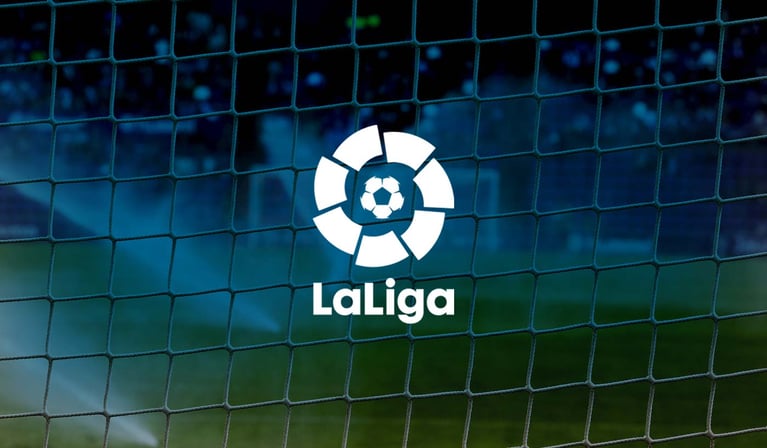 LaLiga’s strategy in terms of financial control, centralization of television rights sales and digitalization, the pillars of LaLiga’s business model, have helped to minimize the effects of the crisis

The following information is part of a webinar organized by Johan Cruyff Institute and LaLiga Business School. You can access Part I here.

Rebuilding on a solid foundation is invaluable when the business of any organization is shaken by force majeure. Covid has put many sports entities in check since its irruption in March 2020. The pandemic has affected professional sport differently as it has been able to maintain its activity, albeit behind closed doors, but organizations have had to change their way of thinking and entertain a social base eager for competition. LaLiga has managed to minimize the impact of the pandemic by introducing technological innovations that have allowed it to enhance contact with the fans. But LaLiga’s strategy has been years in the making. Its plan of action in terms of financial control, centralization of the sale of television rights and digitalization has also undoubtedly helped it to steer ahead in the midst of this whirlwind.

Johan Cruyff Institute and LaLiga Business School organized a webinar on the LaLiga business model and the management carried out by the employers and the clubs in the middle of the pandemic. Javier Morente, a member of the LaLiga chairman’s office and responsible for relations with international associations, and Patricia Rodriguez, general manager of Elche CF, were our guests.

Javier Morente: LaLiga changed dramatically. Five or six years ago it had a totally different position and image. Since 2013, with the arrival of the current president, Javier Tebas, LaLiga has improved in many aspects and we have followed two strategies from the beginning.

“In 2015, LaLiga obtained the responsibility for centralizing and marketing the television rights. Today, 70% of the clubs’ income depends on TV rights” – Javier Morente

The uncertainty of playing in the First or Second Division

Patricia Rodriguez: It hasn’t been easy for us. We had only one month to prepare our promotion to LaLiga Santander. We needed to adapt to the new scenario and we have done it. We have put together a competitive team taking into account the financial control of LaLiga. It has been a very difficult period because we have also been dealing with the uncertainty of being in LaLiga SmartBank and playing the playoffs or not, so we had to keep all the players active. Finally, we have achieved our goal of being promoted to the First Division and it is easier to plan the financial aspects. I think we are in a better situation than other clubs because we have signed many players, unlike other teams that have been forced to decrease their income and try to finish the contracts with their players.

The biggest challenges from now on

Patricia Rodriguez: I always try to see the positive side of everything and I believe that any critical situation brings positive things. In our particular case, it has boosted our digital strategy, increasing our fans, and that will continue to be the challenge for the new season. We have noticed with the transfer market that, even though we don’t have our fans at the games, they are very close to the club. For example, on the last day of the transfer market, people knew who our latest addition was, but they were still waiting for our video announcing the name. We have managed to be perceived as an entertainment channel and we have to keep being close to our fans, giving them content until the day we can welcome them back to the stadium.

Javier Morente: Regarding television production, we have implemented three very interesting innovations that have allowed us to connect more with the audience:

Javier Morente: It is an application focused on players, called App Players. We have a program called “Mediacoach” that records the sports performance of all players during a game. It was available to clubs and now it is also available to players. We created a communication channel from LaLiga directly to the players, to be able to send them messages about awareness, social distancing, etc. We made a very emotional video of fans facing the coronavirus and asking players to be careful because it can happen to them too. This new channel is super interesting to have the players more involved directly from LaLiga.

Patricia Rodriguez: Since I arrived at the club, we have been preparing a strategic plan that we began to develop last season and internationalization is key. I agree with the strategy of LaLiga and the concept called ‘LaLiga Global Network’. Right now we are focused on four countries (Argentina, Mexico, Japan and Malaysia).

“Since I arrived at the club, we have been preparing a strategic plan that we began to develop last season and internationalization is key”. – Patricia Rodríguez

Javier Morente: Growing nationally is very difficult as it is a market that is already well developed. For LaLiga, attracting more people to football is difficult, it is a very optimized market and the margin for improvement is limited in Spain, but at the international level we have a great margin for growth. That is why we developed this project that began three years ago and through which we have more than 50 people physically employed in 50 different countries. I joined LaLiga through precisely this program. I was LaLiga’s representative in Cameroon. The reality is that it is impossible to grow internationally if you don’t understand the market and if you are not physically there. It is very difficult to work with the television networks from Spain, to have interviews with the local media from Spain, to have local sponsors, to collaborate with the local leagues, the academies from other countries… All these types of projects that give LaLiga visibility in these specific markets are totally impossible to monitor from Spain. We offered a great product, but now we understand how to channel that product to local fans.

Adapting to the new television consumption

Javier Morente: Now, for the leagues, it is very difficult to know who is in front of the screen. The platform knows, but not LaLiga or the clubs. It’s funny because the leagues sell our product, but we don’t know exactly who is the final consumer. The next step is the OTT channels, by looking at partners like Netflix, Amazon, Eleven Sports or DAZN joining the market. Through our OTT partners, which we have been developing for the last four years, we are able to know who those fans watching the screen are. We are able to have a direct communication with them. We know if, before watching a game, they have been watching a series, or if, after a football match, they are watching basketball, and we can provide much more personalized content. When there’s a change in the environment, you have to find ways to continue offering visibility to the networks in different ways and that’s what we’re trying to do. The market is changing towards the internet model, which together with technology, is going to be the next revolution in business.

Johan Cruyff Institute and LaLiga Business School bring the case of LaLiga as a business model to the academic arena. The ‘FOOTBALL INDUSTRY TRENDS. LaLiga Case Study: The Making of a Global Brand’ program provides a real and objective view of the current context of the football industry based on LaLiga’s innovative management model. In a compact three-day format (January 28-30), the keys to the transformation, brand expansion strategies and the value of the social component of one of the most competitive and largest organizations in the world will be analyzed. The program will be available in face-to-face format, in Amsterdam, and via streaming.