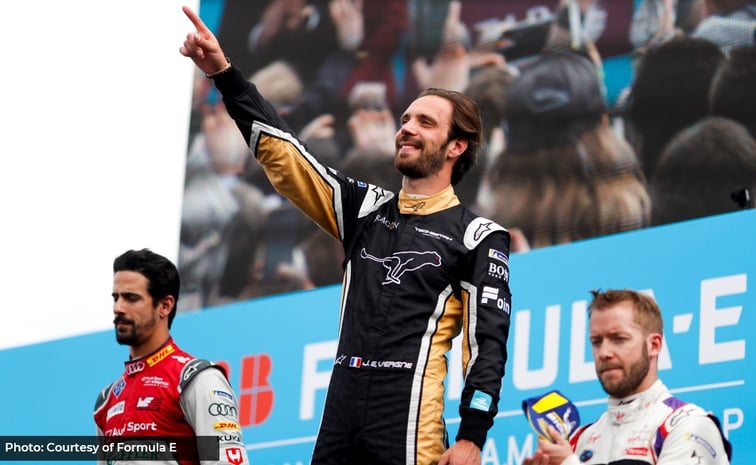 In recent years, motorsport has been taking up more and more of the spotlight in the sports industry. Despite an enthralling 2021 Formula One season, F1 is no longer the only championship getting all the attention, with new forms of the sport attracting new audiences across the world. Formula E is part of this new wave, and continues it’s meteoric rise. Martin Manecy, Senior Adviser at Formula E has been in charge of many of the Championships races as an Event Director. Here Martin shares with us his role, the evolution of one of sports ‘great’ start-ups and the mission the Formula E is on.

After six years in several sports sponsorship consulting and activation agencies in France, I joined in 2013, as Event Manager, “Formula E Operations”, the start-up which became the organizer of the FIA (Fédération Internationale de l’Automobile) World Championship of electric single-seaters.

My experience within agencies was naturally very beneficial to be part of a company during its inception. We had to, with a limited team at the start, launch the entire project on an international scale. The task ahead was huge - to deliver promotional events to support the search for sponsors, secure the host cities to obtain an attractive and coherent calendar in terms of logistics, validate the street circuit track designs, define the budgets for the organization of races and negotiate contracts with promoters and organizers of events, and more!

Today, "Formula E" is a company of 180 employees with a value exceeding one billion euros. This success is due to the incredible talent of the management team, in particular it’s chairman Alejandro Agag. He has won over many shareholders, including the American group Liberty, which has become the majority and which also owns the Formula 1 World Championship. At the same time “Formula E” attracted the most prestigious car manufacturers such as Jaguar, DS, Audi, BMW, Porsche, Mercedes or Renault / Nissan which today makes it one the most successful championship of all motor sports in terms of direct participation of manufacturers.

Today, "Formula E" is a company of 180 employees with a value exceeding one billion euros

Motorsport has always been a research and development laboratory for the introduction of innovations for the road cars of tomorrow, particularly in the world of electric motor racing which was in its infancy. At the start of the championship, each driver had to drive two cars to complete a race, with a change halfway through. Five years later, the second generation “GEN2” of Formula E is capable of completing a whole race of more than 45 minutes and driving on the legendary Monaco circuit at more than 280 kilometers per hour. The next generation "GEN3" will allow pit stops to recharge the batteries during the race, which mirrors the requirement for electric passenger vehicles to stop at EV points on long journeys. Manufacturers are so involved in the Formula E championship in order to obtain technological gains linked to high-level competition, mainly in terms of the performance of the software managing the power and cooling of the batteries.

Motorsport may not quite have the global impact of football as a sport, but remains an ideal communication platform for brands wishing to target audiences and increasingly women. It helps communicate values such as technology, reliability, speed, endurance and performance. Sponsors have been won over by Formula E, because it connects them to a new, environmental, family-friendly and young sport targeting 15/35 year old, more specifically the future! The traditional barriers of motorsport, namely pollution and noise have been lifted. While there are controversies surrounding electric vehicles, Formula E's DNA is sustainability. The championship obtained the ISO 20121 standard, then achieved carbon neutrality by offsetting carbon emissions. Formula E is also a signatory of the charter of eco-responsible events defined by the French Ministry of Sport and the WWF association, with fifteen commitments to be respected, ranging from waste and energy management, to the implementation of a volunteer program and respect for the natural habitat. The second generation of this charter has been recently published in December 2021.

Motorsport may not quite have the global impact of football as a sport, but remains an ideal communication platform for brands wishing to target audiences and increasingly women

The advantage of being a ‘young’ Championship (only eight seasons of seniority), has allowed Formula E to shape sports content optimally and market it’s content. Formula E has a very Anglo-Saxon approach to the sale of marketing rights with many “namings”. ABB is the title sponsor of the championship, TAG Heuer sponsors the fastest lap in the race, Julius Baer that of pole position, DHL the most valiant driver and Moët et Chandon of course for the podium ceremony. Formula E also created the ‘FAN BOOST’, an unprecedented innovation in sports. Formula E is the first discipline where fans can directly influence the course of the competition. Thanks to online fan votes, five drivers get extra energy for five seconds, which they can use during the race to overtake a competitor.

The job of an event director consists of leading the teams to deliver events on time and in budget, while satisfying the participating audiences with the event's revenues. We do everything we can to ensure that spectators have an unforgettable experience and watch a quality sporting spectacle. Likewise, we pamper VIP guests and sponsors who are looking for visibility and media coverage. Also knowing that the vast majority of spectators to our events around watching from around the world, it is essential to produce high quality TV content, as TV rights will ultimately be the main source of income for sport.

The job of an event director consists of leading the teams to deliver events on time and in budget, while satisfying the participating audiences with the event's revenues

This event director requires perfect stress management in order to know how to manage all unforeseen situations, but above all 360-degree expertise in order to know all the skills and resources within the companies teams. These are also operational skills required that make it possible to understand the technical issues of team members and service providers. As well as marketing and communication skills to develop the brand and attractiveness to target customers. Finally, commercial skills are vital to generate incomes or negotiate advantageous rates during the purchase phase of services. 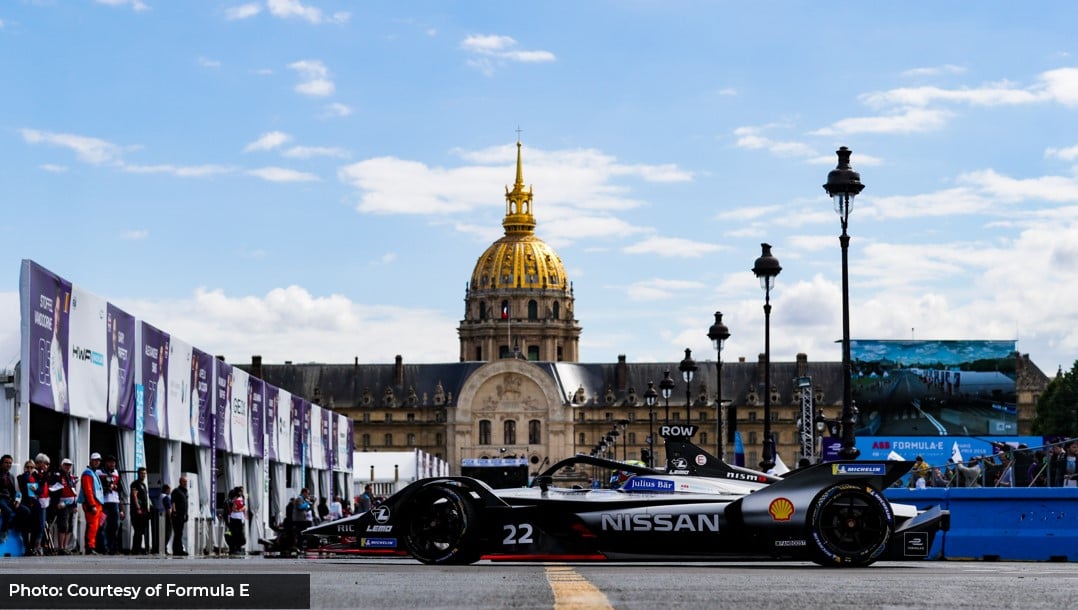 At Formula E, event directors have full responsibility for two or three events in the championship, ideally spaced three months apart so that they can best prepare for each event. As the head office is based in London, England, this position requires a lot of travel before the events to ensure that they are well prepared. At the start of the season, we draw up very detailed specifications which must be followed by the selected local organizers. For my part, being French and fluent in Spanish, I have organized the races in Paris, Marrakech and Santiago de Chile in recent years.

At Formula E, event directors have full responsibility for two or three events in the championship, ideally spaced three months apart so that they can best prepare for each event

Motorsport is a developing discipline where traditional championships are now competed with electric disciplines. We talked about Formula E for single-seaters, but the Pure ETCR for touring vehicles has concluded the first season, the DAKAR has initiated its energy transition with “Dakar Future” with Audi joining this 2022 edition with an electric hybrid vehicle and the FIA Grand Touring Electric Car Championship “GT” will be launch in 2023. Alongside the automobile, the Electric Motorbike Circuit Championship (MOTO E) has been running for several years and an E-XPLORER electric motocross championship is being set up. Electric has energized an entire industry with new vehicle brands such as CUPRA (Subsidiary of SEAT) and new sports disciplines.

The Formula E Championship is growing rapidly across the world, and it’s a fantastic world to be part of. It’s relevance as a sport to our world today is unparalleled as brands, governments and society put sustainability at the top of the agenda and EV becomes the future of mobility. This makes the future for the sport very exciting.