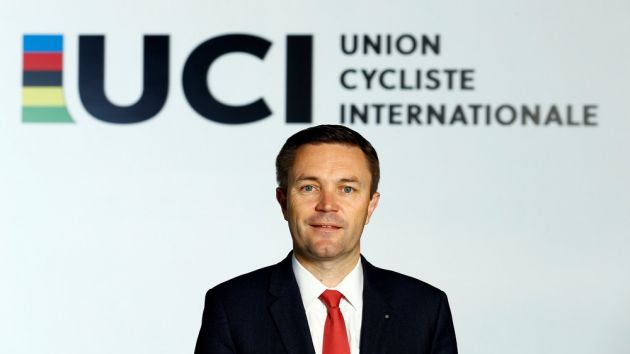 Few believed that Frenchman David Lappartient stood a chance of beating his British rival Brian Cookson in September’s International Cycling Union (UCI) presidential elections in Bergen, Norway. Here the president talks about his landslide election victory, how he aims to implement his manifesto and addressing the battle against doping.

The outcome shocked many observers - not least Cookson himself.

While Lappartient - a man who had been branded a ‘political machine’ by French journalist Jean-François Quénethas and had never lost an election of any kind - was confident, even his most ardent supporter could not have predicted the eventual landslide margin of 37 votes to the incumbent's eight.

Between 2009 and 2017, Lappartient was the president of the Professional Cycling Council (PCC), a steering committee within the UCI comprising stakeholders from professional road cycling. It was a position he vacated with the intention of leading the UCI.

The 44-year-old - a keen amateur cyclist and qualified surveyor - first realised his political ambitions in 2008 when he was mayor of Sarzeau, a town in Brittany. Lappartient, a member of the Republican Party, was re-elected to the position in 2014 with 71.31 per cent of the votes.

Since his move into cycling governance, he has continued to be an effective ‘political machine’. He has received praise from his contemporaries for advocating the growth of existing races rather than attempting introduce them to areas with little cycling heritage. That said, he is a moderniser and fully understands the need of the sport to develop into new territories without upsetting the traditional heartlands in Europe and the USA.

He discusses the issues surrounding professional cycling today, his ambitions for his first four-year term, making cycling a truly global sport and how he hopes to continue to combat doping in cycling, both mechanical and drugs. 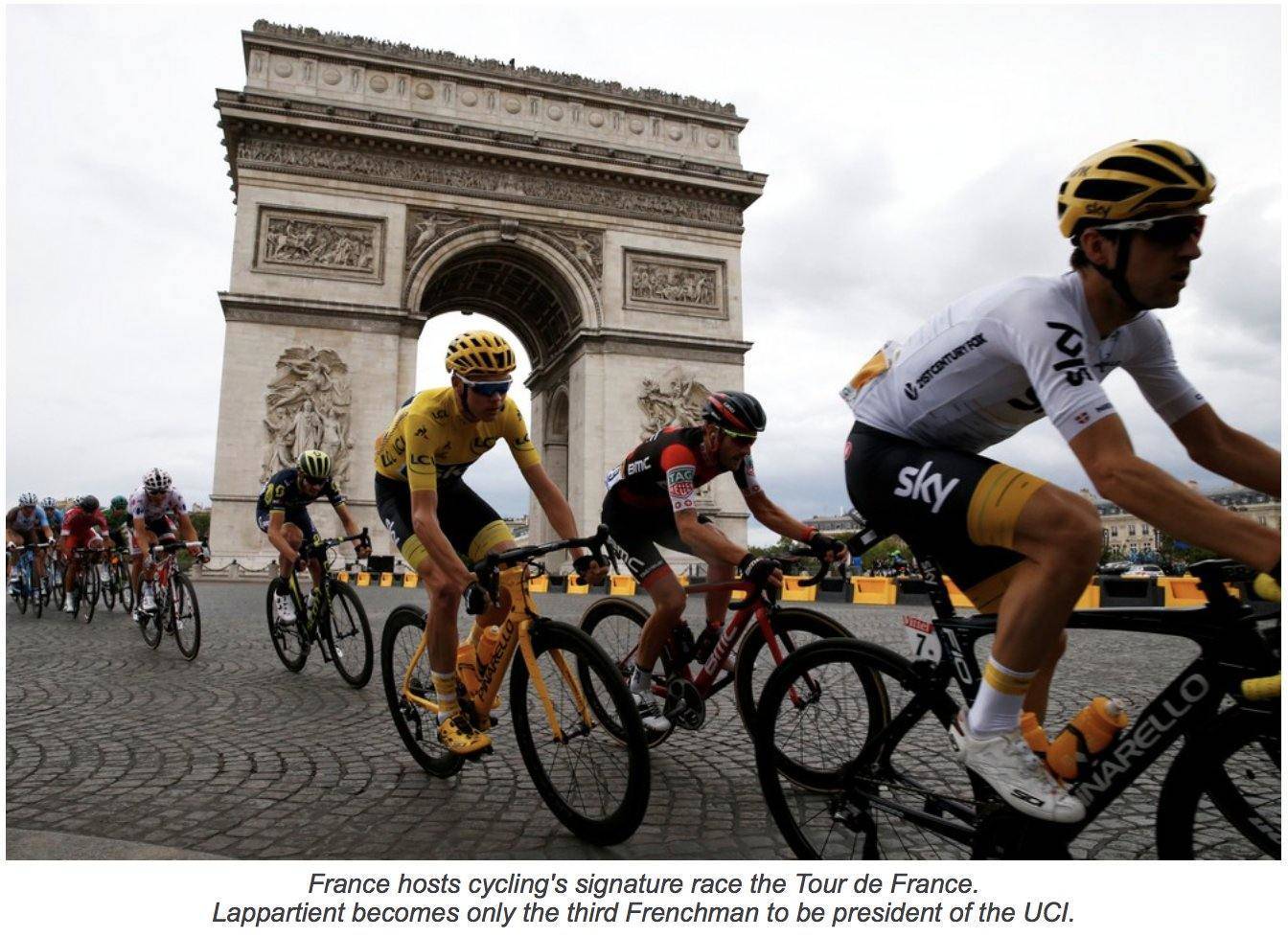 You have only been in your new role for a short period of time. What have you learned about the position and what changes do you hope to implement once you have got your feet under the table?

David Lappartient: Yes, that is true - I was only elected one and half months ago! I am looking forward to heading up the organisation and meeting all of the key stakeholders. This will take some time but I have to [do this]. Of course I have lots of issues that that were in my manifesto programme that I really want to implement for the future.

We have some short-term issues to sort out, as well as the many key issues surrounding the future of the sport. My idea is to be able to deliver reform for professional cycling, but I know that cannot be done immediately.

One key element is providing support to all of our national federations. This is something that we are planning, and we want to provide them with incentives to make sure that there is cycling everywhere in the world. 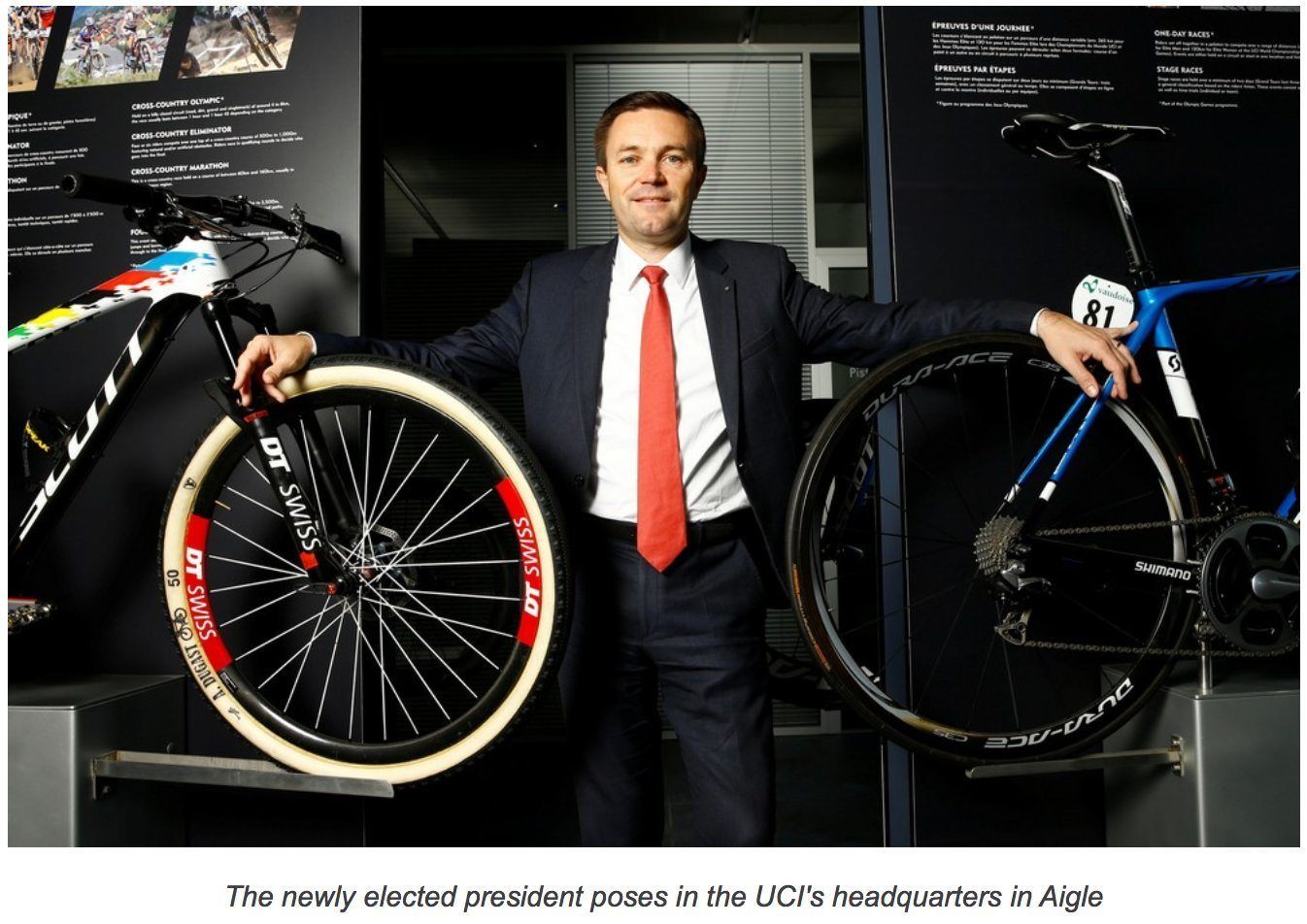 Were you surprised by your landslide victory? What aspects of your manifesto do you think made you attractive to the members of the UCI?

That is true - 82 per cent of the votes is a very big victory.

However, I must admit that I knew just before the victory that I had the edge. I was not expecting a vote like this and you can never be sure, so I was very careful not to say too much to the media or make any comment about the results before.

For me there were two important points that probably made the difference. Firstly, the national federations were expecting a great support from the UCI and to be at the centre of what we are doing [at the UCI]. They felt that [under the previous regime] this was not the case.

The other point is that they [the members] were expecting real leadership in the UCI from the president. They probably felt that I was the better candidate for that.

Your predecessor Brian Cookson was a renowned reformer. How do you hope that your presidency will be defined?
I still have a normal and good relationship with him even when we were opposing candidates in the election but we were respecting each other throughout. I think that it is better to fight elections in this manner.

Brian loves cycling. I am sure about this and he tried to do his best.

However, my feeling was that the power of the general director of the administration was too strong and, in part, it was not the elected members really leading the UCI. This was something that I really wanted to change.

I think that Brian was probably surprised himself by the result because he was probably cut off from the reality of the day-to-day business of the UCI.

I would like people to remember me as a president that was really involved in promoting cycling, to helping national federations, to work for all of the families and deliver a sport that you can trust: a sport without doping, technological fraud or bribery. These are thing that we do not want to have in the sport and I am really concerned about these.

I really want to have fans believe in the sport and create a bright future for our sport.

During your election campaign you claimed that Cookson was “out of touch”, “lacked a clear vision” and was uninformed “about some of the key points of the institution”. How will you ensure that you won’t fall into the same traps?

The next few years will tell us if I do or not - I hope I won’t!

Brian was a good guy and was a good director general but I think that the input must come from the president. I can tell you that since my election we have had a board meeting with all of the members and I shared my vision of the next ten years with them.

The idea is to have the input and the vision coming from the president and the elected members of the board. This is something that I want to believe in. I am not just the VIP of the UCI who travels around to shake hands and show the face of the UCI.

I can travel every day if I want but I want to spend some time at the headquarters of the UCI, so that I can become more informed about the day-to-day running, work with my team at the UCI on all of the disciplines and elements

How will you continue to develop cycling in China with the UCI’s agreement with Wanda?

I think that it is import for the UCI to have deals with some of the biggest companies in the world: companies of this size are of course able to invest into sport. I met Wang Jianlin, the chairman of the Wanda Group, three months ago in China and I told him clearly that he is welcome in cycling.

We want them to still be involved with us. 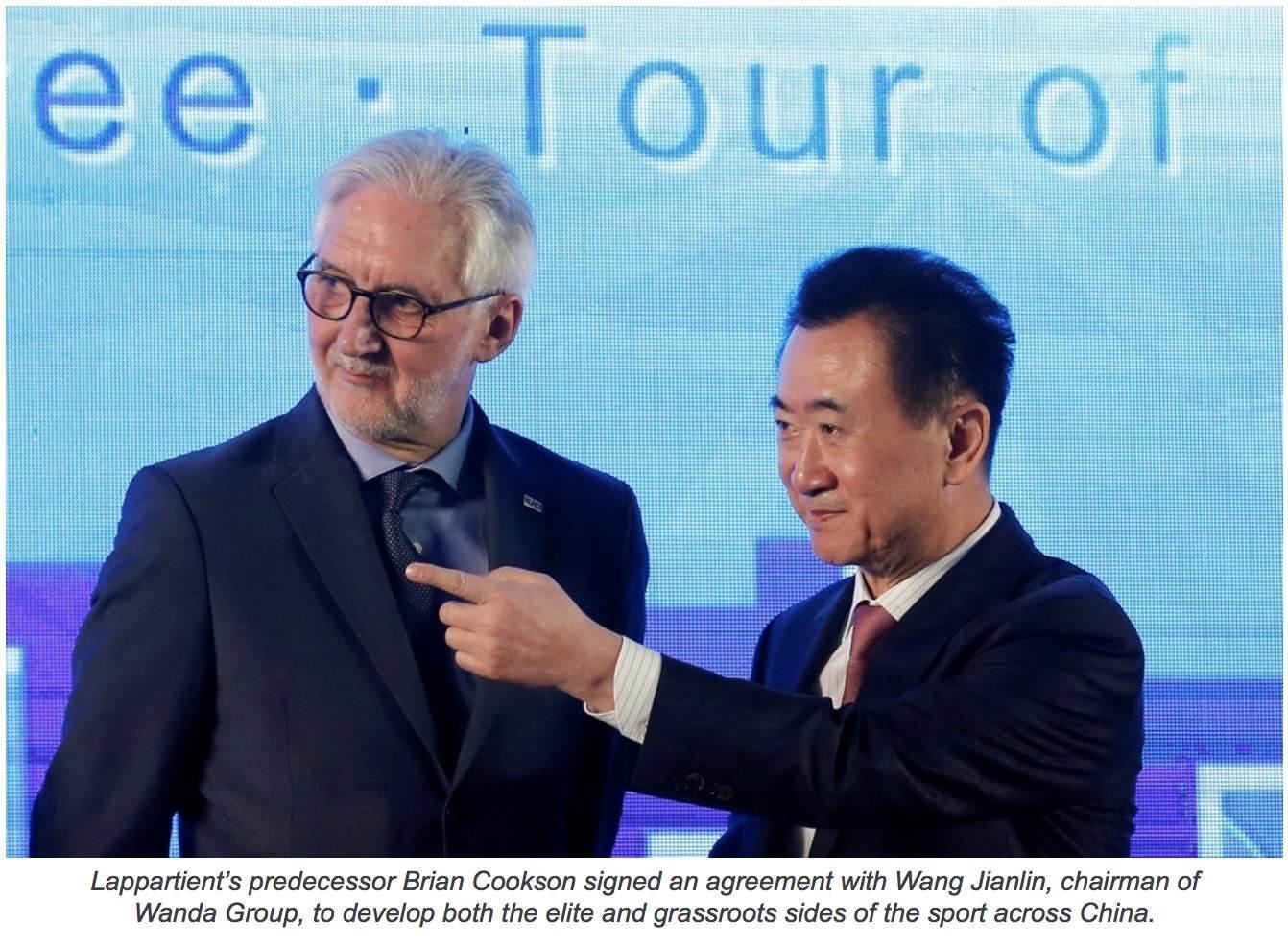 In road racing, what is the reason for wanting to reduce road teams to six riders per team? What does this achieve? What is the long-term strategy behind it?

This was actually just a discussion on a TV show in France about the safety of the riders. The question was, ‘Do you think that we can have six riders per team one day?’

I said that nothing is forbidden.

We have to have a global view and for the moment we are able to reduce the teams from nine riders to eight, which was an agreement between all of the stakeholders and that is OK for me. I don’t want to force any sort of reduction to six.

But I did say that one day I would like to talk about the attractively of the races and rider safety. With this in mind when we talk every option will be on the table. I am not opposed to this option but I never said that I am in favour of reducing teams from eight to six.

You have said as well that you want to ban corticosteroids, including those taken on a therapeutic use exemption (TUE), from the beginning of 2019. Is this a stance to come when dealing with all doping in cycling, especially the grey area of TUEs? Do you believe that the sport can ever be truly clean?
I would say that for corticosteroids and Tramadol, yes.

Corticosteroids are used for doping and, of course, it is not on the list of [the World Anti-Doping Authority] WADA’s banned substances. I have spoken to WADA and we will have a further meeting in January. I can understand that they don’t want to put it on the global list [of banned substances].

However, you do have a second list with WADA that means that certain drugs can be banned in some sports. This is what we are asking for in cycling. We can manage this with a different medical. If you are using a corticosteroids and you have a low level then it is still quiet dangerous.

If you have a low level of corticosteroids, OK, no problem, but you will not ride. That is another way to solve the problem.

What are your plans for the remainder of your tenure?

If we are able to remain as one of the strongest and most attractive sports than that would be a very good point, I am sure that we can do this.

We want to make women’s cycling stronger than it is now, we really want to be able to assist our national federations to develop cycling in small countries and finally to maintain the quality of track cycling.

This article is from an interview originally conducted and published by our partners SportsPro Media and can be viewed here .

Interview: Veloce Esports co-founder on the future of brands in the eSports industry

ESports is an undoubtedly booming industry, so much so that the International Olympic Committee have considered includin...

END_OF_DOCUMENT_TOKEN_TO_BE_REPLACED

Off the back of a successful debut season for SailGP, series co-founder Sir Russell Coutts talks plans for growth on and...