Nikki Symmons, My Story from AISTS to the FIH 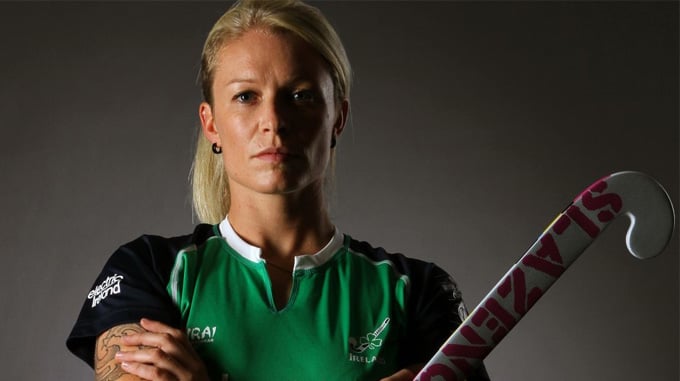 Nikki Symmons graduated from the AISTS (International Academy of Sports Science and Technology) class of 2014 and is now the Digital Manager in the Communications and Marketing team at the International Federation of Hockey. Before joining AISTS she was an international field hockey player for Ireland, holding the highest record of 200+ games for her country. She has also played cricket for Ireland and when Nikki wasn’t out on the field she was teaching at a private school in Dublin.

She has also just been appointed the new President of the AISTS Alumni, a network now in its 16th year and will reach 500+ members at the end of this academic year. Its strong tradition and vision to support, foster and enable excellence among members. AISTS caught up with Nikki to find out more about what made her decide to pursue a sports management education, her experience of AISTS and how it impacted her professional development.

So, before moving to Switzerland you were an international athlete. What was life like for you back then?
Life was very different then. I was an athlete with a full-time job as a teacher. It was a bit of a crazy lifestyle, non-stop, but I loved it. Gym in the morning, work during the day and training in the evening. I had one major goal, to qualify for the Olympic Games. I dedicated my career to achieving this goal but unfortunately, we didn’t quite make it. I would never give any of the years I spent training back, I enjoyed every moment and did it really for the love of the game.

Then you made the decision to apply for AISTS and take the next step? What was your inspiration to do this?
I was told about the course by my partner who was working in Switzerland. There was some convincing to do as I had not studied in such a long time, but I also knew I had so much more to give to sport.

What is your first memory of AISTS?
I arrived in Lausanne in September 2013, to be with my partner. The class of 2014 had already started an AISTS Facebook group to get to know each other and in fact I met three of my fellow classmates, Liz Fulton, Maria Ntanou and David Kappeler in November, prior to commencing classes in January, at an AISTS event "Smart Textile Opportunities for Sport" at the EPFL Rolex Learning Centre. This was my first memory and I had an amazing feeling about Lausanne and the AISTS from then on. 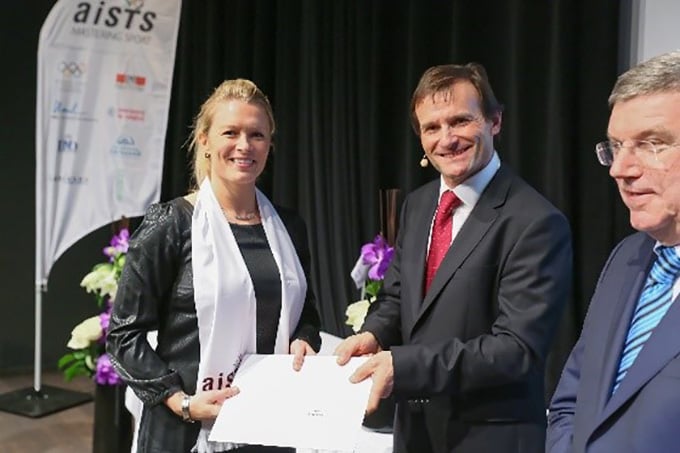 Briefly summarise your experience since graduating from AISTS, working at the FIH and now leading to your role as the AISTS Alumni president.
I started at the FIH on a small 4-month contract to complete my MAS. I am not going to lie, it was difficult to be working in hockey after a bad enough ‘breakup’ with the sport. I got on with it, determined as I am, and in fact, the best thing to do was to meet it head on. And look, I am still there now. I work in the fastest paced area in sport at the moment, digital, and while I was thrown in at the deep end I have managed to use my skills acquired as an athlete to stick at it. When I left the AISTS I concentrated a lot of my time on my career in sport as I had not worked in the business before, so I needed that. Therefore the AISTS took a backseat, for example being involved in the Alumni Committee. After two years, I felt the urge to get back to being involved and give back to the amazing MAS I had been a part of. So I applied to be on the committee. I was voted onto the committee by a good margin of votes and subsequently voted in by the committee members as the AISTS Alumni President.

What has surprised you the most about working with an international sports federation?
I think it had to be the amount of work that goes into the events. All departments getting stuck in and working together and as many federations are small you find yourself working on many different projects to ensure the success of the events, along with the day to day work. 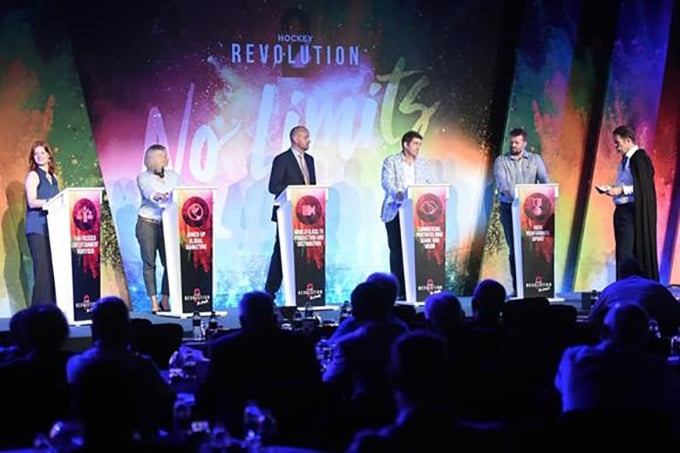 Nikki at the FIH Congress in Dubai, 2016

How has life changed for you now?
Well, I think it was one of the best decisions I made, to be honest. Moving to Switzerland to do the AISTS MAS in Sport Administration, followed by staying here and creating a new life for myself. Life is very different but I am very happy with my decision to go for it.

As a female leader now in the sports industry, what are your goals for the future?
My goals are different but the almost the same as when I was an athlete. I always endeavoured to promote sport in general and females in sport since I was an athlete. Continuing to be a role model is a key goal for me since retiring as an athlete, but in a new way.

What would your words of wisdom be to someone looking to follow your footsteps and get into the sports industry and make a difference?
Don’t be afraid to make the big and often difficult and daunting decisions, and be the difference.

COVID-19 and your career: Use your time wisely

As the world stays at home and every sporting event, from the Tokyo Olympics to your local park kick-about, gets cancell...

END_OF_DOCUMENT_TOKEN_TO_BE_REPLACED

Want to lead innovation in the global sports industry?

Nothing evokes passion and emotion like live sporting events. People who are not necessarily interested in sport can be ...

END_OF_DOCUMENT_TOKEN_TO_BE_REPLACED

How to build a career in Sports Events

Many business school sports management students are particularly interested in the opportunity to build their career w...