A day in the life of IPC President Sir Philip Craven 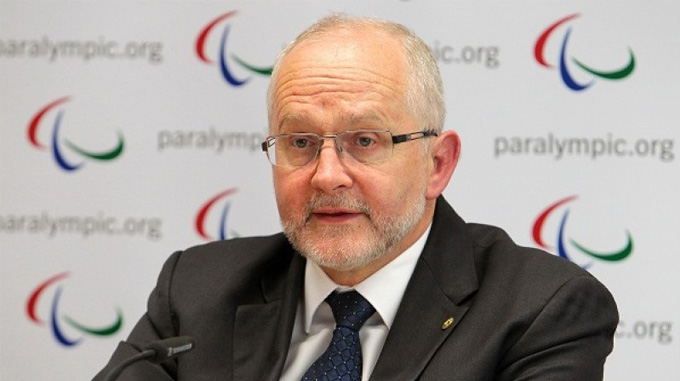 Life as the president of a global sporting governing body, such as the International Paralympic Committee (IPC) you may think is full of development talks, addressing global delegations and supporting international partnerships. We followed IPC president, Sir Philip Craven, during his recent tour of Asia to find out exactly what someone at the very top of international sport does during their working week.

The week starts in Nagoya, Japan, with a mid-morning meeting with Akio Toyoda, President of the Toyota Motor Corporation. The two discuss how Toyota’s Worldwide Paralympic Partnership is progressing and their excitement for the support now provided to NPCs.

In the afternoon, Sir Philip addresses 450 Toyota Executives at an internal meeting, speaking about the history of the Paralympic Games, the IPC and its vision and his aspirations for the Tokyo 2020 Paralympics and Toyota’s Worldwide Paralympic Partnership.

The day concludes with dinner with Akio Toyoda and a number of his senior executives.

Following a morning tour of a Toyota car factory, Sir Philip catches the Shinkansen - the high-speed bullet train - from Nagoya to Tokyo. In the afternoon, he launches I’m Possible, a new education initiative by the IPC’s development arm the Agitos Foundation, to around 100 Japanese media.

During the evening he attends a dinner hosted by the Nippon Foundation.

A breakfast briefing with many of Japan’s leading sports journalists starts the day as Sir Philip outlines his excitement for Tokyo 2020. One-to-one media interviews follow.

The afternoon begins with a meeting with Japan’s Prime Minster Abe. They talk about preparations for Tokyo 2020 and the impact the government’s newly approved Universal Design 2020 Action Plan will have on making for more accessible facilities across Japan. Following a quick media briefing afterwards, Sir Philip heads to NHK to meet the broadcaster’s new President Ryoichi Ueda. He then participates in a Q&A session with members of NHK’s Paralympic production team before he is treated to a special screening of NHK’s spectacular 8k coverage of Rio 2016.

In front of 150 Japanese media, Sir Philip starts the day by playing boccia against Tokyo’s Governor Koike. The Governor had challenged Sir Philip to a match on his last visit which he had duly accepted. Although Sir Philip is joined by a member of Japan’s silver medal winning boccia team from Rio 2016, the IPC team is thrashed 7-0.

By mid-afternoon, Sir Philip is speaking to 250 members of the Tokyo 2020 Organising Committee and Tokyo Metropolitan Government. As he outlines his vision for the Games, the event is live streamed to even more staff in offices around the city.

Meetings with Hirokazu Matsuno, Minister of Education, Culture, Sports, Science and Technology Minister in charge of Education Rebuilding, and Dentsu, who are leading the IPC’s marketing efforts in Japan ahead of Tokyo 2020, close out another busy day.

No morning appointments give Sir Philip time to catch-up on his e-mails and prepare for upcoming appointments in China and South Korea. The afternoon is spent meeting representatives from Asics, an Official Partner of World Para Athletics.

After six days in Japan, it’s time to head for the airport to catch a flight to Beijing, China.

At lunchtime, Sir Philip meets with Chinese representatives of BP, one of the IPC’s International Partners. This is followed by a dinner meeting with Madame Zhang Haidi, Executive President of Beijing 2022 and President of NPC China.

An early night is required ahead of Monday morning’s meeting with Guo Jinlong, President of Beijing 2022, and the afternoon’s flight to South Korea for the PyeongChang 2018 Chef de Mission Seminar.

This article was originally published by our partner, the International Paralympic Committee (IPC), in the "Paralympian Magazine" .