How can sports organisations collect data to enrich fan engagement? 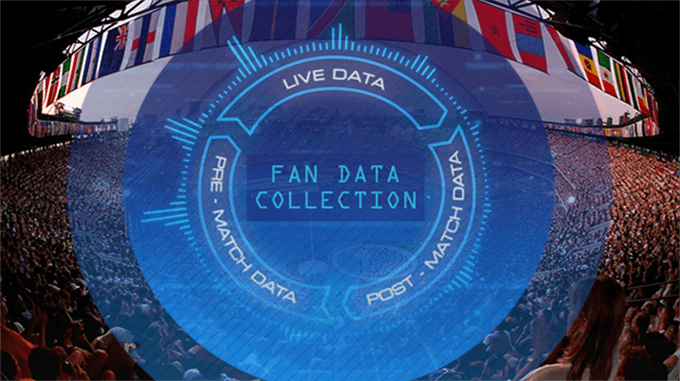 Knowing customers inside out – their age, gender, location, interests, matchday habits and much more – forms the basis of most successful fan engagement activity in the digital age. GlobalSportsJobs is providing the talent that helps make our partners front-runners in this data revolution. Here we outline how leading international sports businesses collect and organise their fan data to maximise its rich potential.

The first bullet point in any successful fan engagement strategy should be getting an answer to this deceptively simple question: what do they want?

Until any organisation has built a robust profile of what each individual customer wants – based on deep knowledge of them as people; their behaviour, habits and activity as a consumer – any attempts to engage with them will be essentially guesswork.

In the digital age, there are more ways for clubs, federations, rights holders and sponsors to engage with fans than ever before, and all of those digital touchpoints provide opportunities to collect data that can be used to build up a detailed profile of each customer.

Industry-leading specialists can help organisations leverage this data to engage more regularly and on a deeper level with existing fans – and attract new ones.

The data-driven sports marketing agency Two Circles have recently been appointed by European Professional Club Rugby to help grow engagement across its digital platforms. To date, the partnership has featured a number of fan insight initiatives that included collecting fans' data via a survey using prizes such as tickets to 2018 finals weekend in Bilbao to induce as many as possible to contribute.

Another new Two Circles partnership is with the All England Tennis Club (AELTC) to help them gain better insight into Wimbledon's digital audience. That audience is diverse; some could be walking through the gates during the Championships seeking information on their smartphone, others may be following from the other side of the world: it's a challenge for any organisation to have mechanisms in place to engage with such disparate types of fan.

Here are some different examples that also illustrate the point: would a fan appreciate an offer from a betting partner if they have never laid a bet in their life? Does a fan living abroad want to know about matchday parking? Segmentation is essential so communication with fans is relevant and targeted. It's data that enables this.

Additionally, with partners Fitness First, they launched an interactive online quiz called ' What kind of Olympian are you? ', which asks people a series of questions to find out which Olympic sport they are best suited to. On completion, users are asked to enter their details to find out their results. Nearly 100,000 did so.

In a similar way to the EPCR fans' survey mentioned above, the KNVB (Dutch Football Association) conducts a fans' survey twice a year. It has been studied and evaluated by fan engagement expert Bas Schnater , a student at Johan Cruyff University who is now Head of Marketing Strategy and Fan Engagement at AZ Alkmaar. He neatly encapsulates the value of collecting such data and its effect on fan engagement.

"The annual Dutch Fan Survey is a great example for many more leagues to gain and share knowledge and to bring the league to a higher level as a whole, not just the clubs which can afford research studies like this," he states.

For opportunities in data and analytics in the sports industry, head to GlobalSportsJobs latest vacancies and create an account today to stay up to date with all the latest industry knowledge, events and jobs in sport.