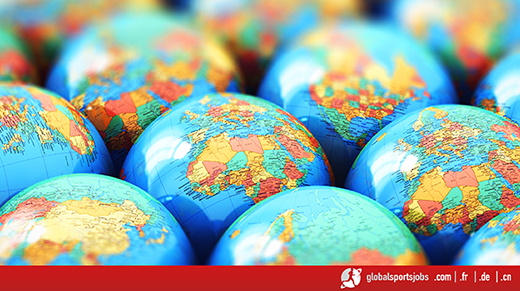 In the developed world, gender equality in sport remains a hot topic. Campaigns continue to strive for equal opportunities for women and girls to participate, compete and progress within the industry.

Great strides have been made in the corridors of sporting power, at grass-roots level and at the elite echelons of competition. At the Rio Olympics, 61 of USA’s 121 medals were won by women. Australia’s team, for the first time, contained more women than men.

Yet in many ways we still aren’t even close to gender parity. In the UK, female sports participation is 31%, females make up 30% of the coaching workforce, just 17% of the qualified workforce and only 10% of international (GB) coaches.

Imagine, then, the struggle for women and girls in developing nations where traditional, unenlightened and misogynistic views can be deeply entrenched in society. Women’s Sport Week (#WSW16) seems as apt a time as any to look at their plight.

The challenges faced by women and girls in developing countries are numerous and wide-ranging. The most common are societal norms around women’s roles. Many girls are expected to marry and have children early on in life, quickly adopting a lifestyle in which participation in sport, either recreationally or professionally, is never on their radar.

This is exacerbated by other factors which reinforce expected behaviour and gender roles – religious influence, cultural and social traditions and a male-dominated media. There’s often a lack of education and awareness about the benefits of participating in sport.

In these circumstances, any girl who does develop sporting ambitions has to swim strongly against the tide to even have a chance, let alone succeed. Infrastructure and investment to support them is at best sporadic. Against the odds, some women have succeeded.

Maria Toorpakay Wazir, for example, is Pakistan’s No.1 female squash player. Growing up in a strict tribal Islamic Pashtun community which disapproved of girls playing sport, she was forced to dress as a boy to train and enter junior competitions. When her gender was exposed, she received death threats from the Taliban. Only after relocating to Canada could she pursue her professional career.

Wrestler Sakshi Malik and badminton player PV Sindhu were India’s only medal winners at the Rio Olympics, while Lalita Babar exceeded all expectations by qualifying for the steeplechase final.

All three returned home as national heroines, then told reporters of the social, financial and institutional resistance they’d had to overcome en route to glory in Brazil. Babar defied the wishes of her father, a farmer, to pursue athletics as he feared she would be “a financial burden”.

In South Africa, girls’ and women’s sport is described by one campaign group as “dramatically underdeveloped, with formal programmes for girls almost non-existent.”

However, even if they are anomalous, some pioneering schemes do exist. The award-winning ‘ Girls and Football South Africa’ uses football to break the patterns that prevent girls participating in the first place.

“When a girl plays sport, she is more likely to perform better in school. When she performs better in school, she is less likely to become pregnant as a teenager or contract HIV; she makes healthier choices and has higher self-esteem,” says their website.

Similarly, ‘ Moving The Goalposts ’ uses sport as a method of overcoming gender inequalities in Kilifi, Kenya, one of the world’s most underprivileged regions. A joint football and health education programme helps lift girls’ confidence, self-esteem, fitness and access to employment opportunities, breaking the poverty cycle of early pregnancy, unemployment and vulnerability to HIV.

The pathways for more women to reach elite-level competition are expanding too. The developers of the revolutionary Team Rwanda men’s cycling outfit have now founded Team Africa Rising , the first all-African women’s UCI team. They have launched a continent-wide development and recruitment drive across Rwanda, Eritrea, Ethiopia and beyond.

“There were only three women cyclists from Africa and not one woman of colour in Rio and we are dedicated to getting ten on the start line in Tokyo. It’s time to literally change the face of world cycling,” said the team’s Sporting Director, Kimberly Coats.

Change is gradually coming from the top down. As well as electing three female executive committee members, the South African FA has banned any of its women’s national teams at all age levels from being coached by men.

At the last African Women’s Championship , three nations (South Africa, Namibia and Ivory Coast) were coached by women, up from the previous record of one.

“Having three women coaches at the AWC for the first time is a big step forward for the development of national coaches in women’s football in Africa and the world,” said former South Africa national coach Fran Hilton-Smith.

“All three are FIFA Instructors and thanks must go to FIFA and the CAF for hosting instructors and coaching courses to empower women coaches.”

Such breakthroughs remain rare, however, and while that remains the case, women in developing countries have to strive to confound expectations and preconceptions in order to be accepted and supported on their sporting journeys. There’s a long distance left to run.