From Vision to Reality: The European Championships 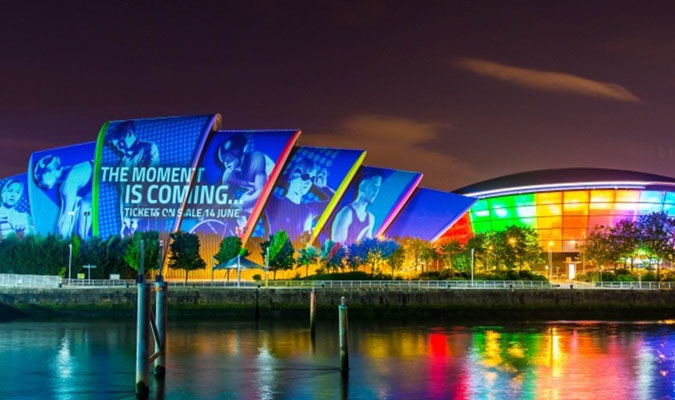 With just a few months to go until the start of the inaugural multi-sports European Championships , Sportcal Insight spoke to Paul Bristow and Marc Joerg, the men behind a vision that has been over 10 years in the making.

In 2007, Paul Bristow and Marc Joerg, former collaborators on the development of European soccer’s UEFA Champions League, began talking about a new and very different concept – so different, in fact, that Joerg refers to it as “the antidote to football.”

“It came out of developments we saw in the marketplace,” Joerg explains. “Against the power of football, the federations had challenges to find their place. There’s a huge richness in the sporting world, and everyone wants to be in the public eye, but it’s difficult to find airtime for these sports.”

Bristow and Joerg had long been aware that, uniquely in Europe there was no regular continental multi-sport games, to compare with the likes of the Asian Games, Pan American Games or African Games. Bristow says: “We saw a gap in the marketplace: no multi-sports event in Europe. Every other continent has a successful games. That was the starting point of our curiosity, and the main driver for why we started.” 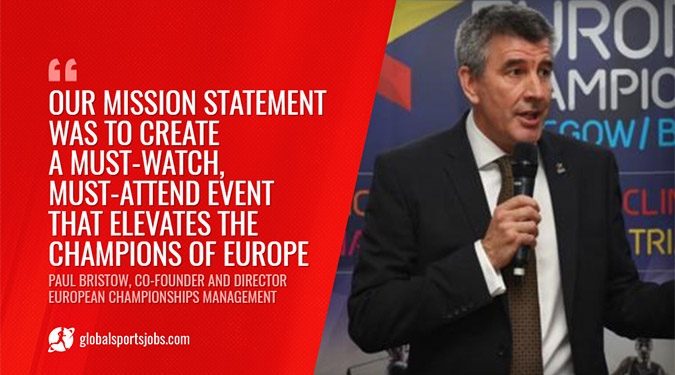 The EBU, which was early convinced of the value of the concept and signed up as the event’s television partner, has already agreed coverage of the inaugural championships across the top five markets for 2018, with the BBC in the UK, ARD/ZDF in Germany, France Televisions in France, Rai in Italy and TVE in Spain. In total, over 40 EBU members have now signed up to show the first edition, while negotiations continue with broadcasters in the remaining territories in Europe, plus other global territories such as China, Japan and USA.

“Our mission statement,” Bristow says, “was to create a must-watch, must-attend event that elevates the champions of Europe. Being the best of out of 850 million people in Europe is not celebrated in the way it should be. It needs a new elevated platform for them to shine.

For the sports programme, Bristow says: “We identified that we needed between six and eight sports for the first edition. We also needed a host city to commit to staging the event and we were fortunate to talk to Glasgow when it was in the midst of preparations to stage the 2014 Commonwealth Games, and understood the power of the event.”

Throughout the process, Bristow says, “the biggest challenge we faced is the courage of sports organisations and broadcasters to change. Everyone talks about change, but embracing and doing something innovative is an exception

Aggregation and the 'Main Eventers'
By aggregating the seven sports, the European Championships hopes to “bring out the main eventers,” Bristow says. These are the fans who might go to a sports event once or twice a year, and who “will watch the World Cup and the Euros but will watch no other football throughout the year. The Commonwealth Games is a great example. Women’s netball excited the nation [as England’s women’s team won the gold medal]. There are always one or two less popular sports that people become aware of, and engage with, because they’re fantastic human sporting stories.” 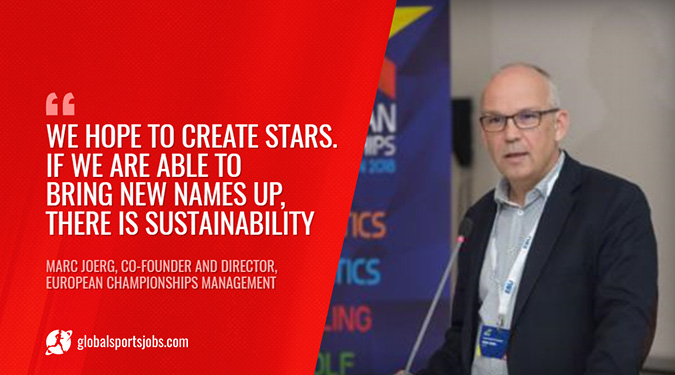 Sustainability
Part of the European Championships concept is affordability and sustainability, Bristow says, through the use of existing facilities and infrastructure, “rather than building white elephants” - albeit, he adds, “where there is justification for investment, we want to take advantage of it. In Glasgow, they’re building a new BMX park, which Glasgow wanted to create anyway, but they’ve brought forward the timelines.”

“Sustainability is about the use of existing facilities, but it’s also about a long-term sustainable economic model,” Bristow says. “We don’t want the cost to escalate beyond affordability for broadcasters, sponsors, cities and the public. Glasgow has made a policy of affordability of tickets. Some events are even free access. At a time when there are now 33 sports in the Olympics, very few cities can stage events with that number of athletes’ facilities. For us, the competitors can be accommodated in existing accommodation, such as hotels and student accommodation.”

What the Future Holds
ECM is already in talks with potential host cities and regions for the 2022 and 2026 editions of the European Championships and has even, Bristow says, discussed the 2030 event. It would prefer a single city or region for future editions, but Bristow was careful to avoid being prescriptive, saying: “We’re in discussion with several cities and regions, but it’s a long process that requires buy-in from national federations of sports, the city and regional and national governments. We’re not in a rush to appoint before [the end of] 2018.” 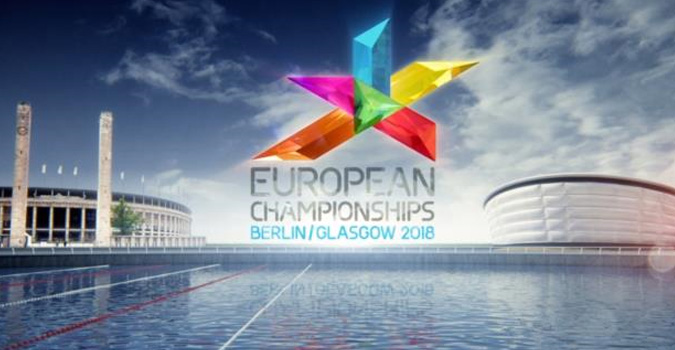 As for the future sports programme, Bristow says: “We’re going forward on the basis of the same seven sports. They’re all committed to the future. The original vision was six to eight for the first edition and up to 12 to 16 [for future editions], but we realise we need to go slowly. There’s no rush: seven is a great number for a comprehensive programme for 10 days. If we need to adjust for 2022, we will.”

And the athletes? Are they guaranteed to embrace the concept? “There’s no guarantee,” Bristow admits, “but the objective is to have the best athletes. We want to create an event that the best athletes will want to attend. A lot of athletes are increasingly media-savvy. The fact of 1 billion TV viewers will be important.”

“We hope to create stars,” adds Joerg. “If we are able to bring new names up, there is a sustainability. There are two types of events: those that create and those that showcase stars. We want to create stars, we want the event to be bigger than the stars.”

This is an excerpt from an article originally published by Sportcal . Read the full article here .

For more information and to explore opportunities to be part of the European Championships in Glasgow, visit our dedicated Careers Hub: