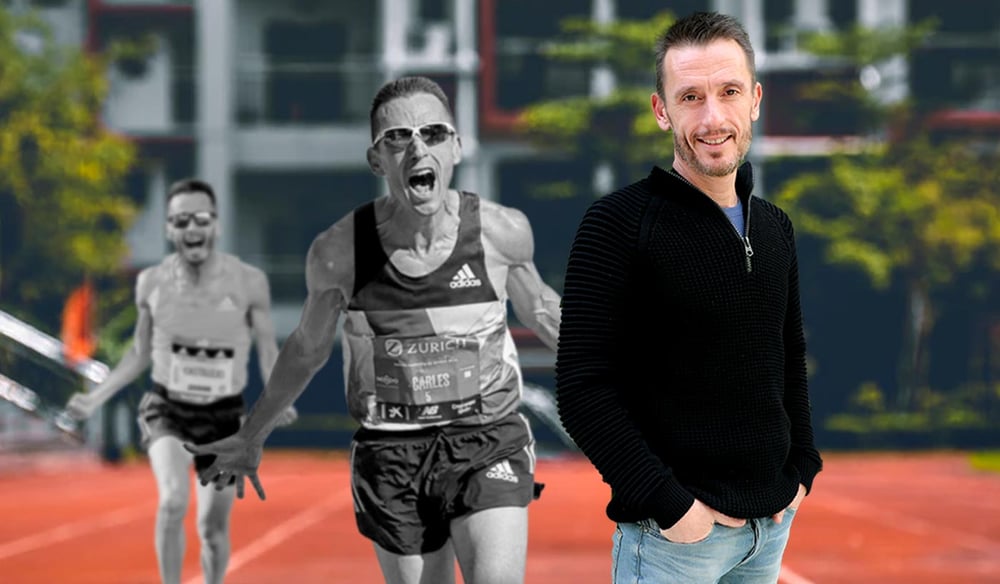 The four-times Olympian and the only ever champion of Spain in all the long-distance athletics disciplines, Carles Castillejo, is now working as a sport management consultant as a result of his final master’s project of the Master in Sport Management at Johan Cruyff Institute

Coach of elite athletes, graduate in primary education teaching and psychopedagogy, external sport management consultant for the  Premià de Dalt town council, graduate of the Master in Sport Management at Johan Cruyff Institute and current student of the Master in Sport Marketing and Sponsorship Online, Carles Castillejo fits the profile of a multifaceted individual now that his days as a professional athlete have given way to a more leisurely life, but one in which sport remains the center of everything. “I am who I am thanks to sport, to everything it has given me and what I have lived. Living from your passion is something that not just anyone can say,” he says.

Nor can anyone say that, to this day, he is still the only athlete in history to have won the Spanish championship in all the middle and long-distance events: 5 km, 10 km, half-marathon, marathon, cross country, and 10 km en route. Carles, who professionally retired from top-level athletics in 2018 due to a serious back injury, also participated in four Olympic games and in the best international competitions before giving way to the new generations he now has in his charge at the CAR de Sant Cugat high performance center. 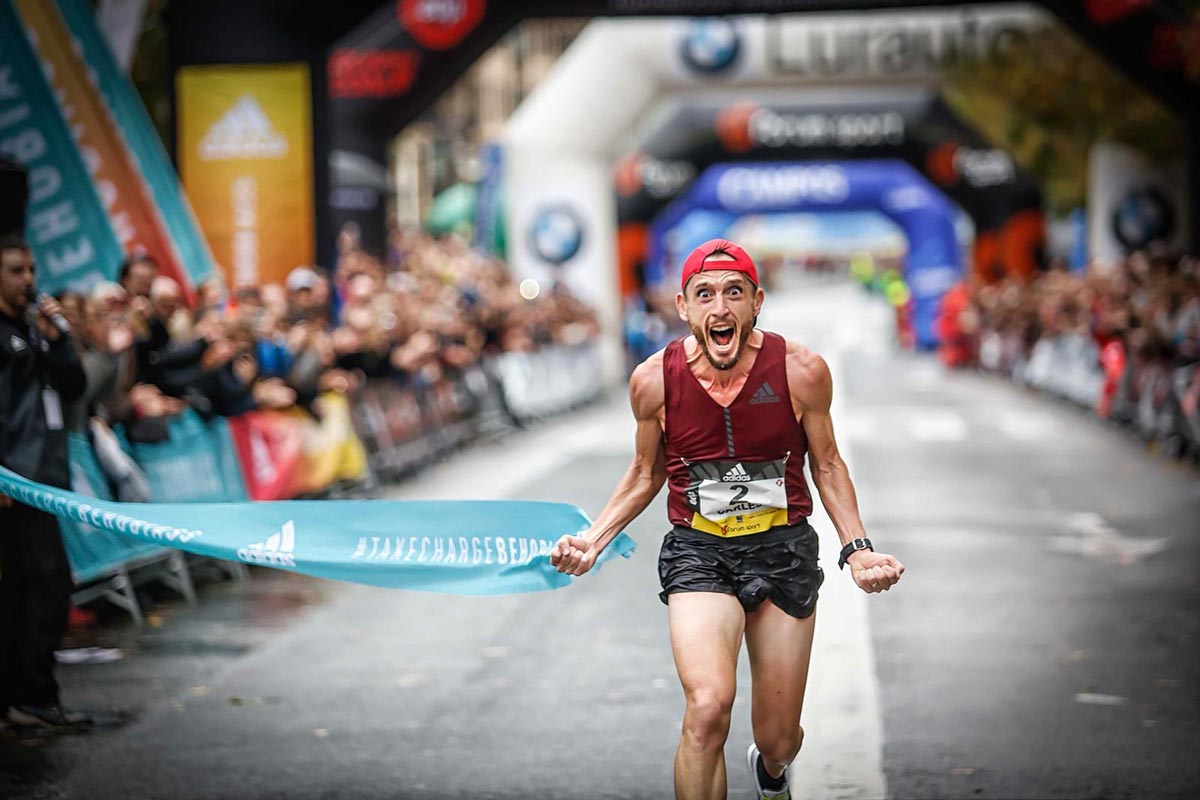 Last year, he graduated from the Master in Sport Management at Johan Cruyff Institute and, as a result of his final master’s project, he is also an external consultant for the Premià de Dalt town council. “The master’s degree has opened many doors for me. Perhaps now I’m more focused on the subject of sport management because of the final master’s project I did and the work that I am carrying out. I am also now doing the Master in Sport Marketing and Sponsorship Online. There are a lot of people linked in these areas, but I think athletics is very green in that sense. Nowadays, with all the technology and digitization that exists, a 360º approach is super important; athletes have to generate income from all sides, and have a well-tended and visible image,” Carles explains.

“The master’s degree has opened many doors for me. It has been a whole process of conversion”

It was during one of his days at the high performance center that a new avenue was opened for Carles to explore, after he applied for one of the two training scholarships that we grant to athletes every academic year, thanks to the the collaboration agreement between Johan Cruyff Institute and the CAR de Sant Cugat. “What a surprise I had when Ana, responsible for the service to athletes, called me at the office to tell me that one of the scholarships was for me. There I began a whole process of conversion because in the end it was a Master in Sport Management which I had no idea about. It was throwing myself into the pool, into a world that was totally unknown, to try and acquire some knowledge that I had no background in and see what could happen. And I think that being an athlete helps you. We don’t feel that fear that people may have of facing the unknown, we have struggled every day to overcome that kind of feeling and difficulty. And I took the plunge.”

His life has been a long-distance race ever since, at only 10 years old, his school gymnastics teacher passed on to him his passion for athletics. With those legs that have given him so much joy and already showed his great potential since he was a child, it didn’t take long for him to stand out from his classmates and start capturing the attention of the athletics world. “I was running in 1988 and, as a prize for those of us who ended up on the podium at a local cross country race, I had the opportunity to try out a fortnight at a club in Terrassa. I tried it and I stayed. I fell in love with this sport and started in a totally amateur way. In the end, I grew, I raced through the different stages, and when I finished my primary education in 2002, having dinner with my mother, I told her I wanted to try it.” 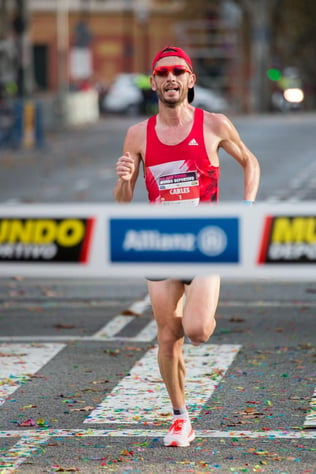 In a house with few economic resources, to put all your eggs in one basket is not an easy decision: “It was madness, because the most I had obtained was to qualify for a Spanish championship at senior level. I had had some success in lower categories, but due to injuries I hadn’t been able to achieve what I was supposed to. The situation was difficult at home, you had to bring in money. I told my mother not to worry, that with what I achieved we would see what we could do, that I would continue training as an education psychologist, but that she should let me try. In one year, I was an international athlete and I was starting a dream career that would take me to be a professional athlete from 2003 to practically 2016, when I decided to quit from the national team. And perhaps, what ended up taking me out of professional sport, although I still do a few little things, was a serious back injury in July 2018.”

Carles is as proud of all the medals he has won as he is of that moment when he decided to bet on being an athlete. “What I’m most proud of is seeing that dreams can be fulfilled, seeing that, even though it’s hard work, it can be achieved, that it forms you as a person and makes you who you are. And seeing that those people who love you are always there for you.”

“The great luck I had is that the first time it worked out for me and I started living from sport, but you soon discover that you are not going to earn enough money to be able to do nothing for the rest of your life and that you should never leave the academic training aside”

That talent and sweat in equal parts and feeling supported by his mother, who always supported him from the stands in major competitions, led him to make a name for himself and a record in athletics. “The great luck I had is that the first time it worked out for me, I reached my goal, and I started living from sport. I started to earn money thanks to sponsors, the club… I signed up for Adidas right away, which is where I’ve been for practically my entire sports career, with contracts then that were not like they are now. So, I was earning a better living. The federation scholarships were substantial. It allows you to generate an income to be able to live peacefully during your sports career, but you soon discover that you are not going to earn enough money to be able to do nothing for the rest of your life and that you should never leave that formative part aside, just in case.”

On the Master in Sport Management at Johan Cruyff Institute, he found himself once again in an environment that continued to support him. “You meet people in class and you see that you are always rowing in the same direction. You discover that Johan Cruyff Institute always has highly qualified professionals to teach you what the world of sport is from a completely different perspective than that of sitting in front of the TV and enjoying a football match. And, above all, the fact of acquiring knowledge that you can later compare with things you know.”

It is that knowledge that he now transmits to the sports department of the Premià de Dalt town council. “They wanted an analysis of how the sports facilities worked and, above all, an analysis of how the sports area of Premià was being managed, and to see if it could be turned around in order to improve that structure. I based my final master’s project on looking for those solutions. They liked the ideas that we brought them and they decided to count on me to carry out this project, which is to restructure the services in Premià de Dalt and, at the same time, introduce changes in the management of the facilities.”

“You meet people in class and you see that you are always rowing in the same direction. You discover that Johan Cruyff Institute always has highly qualified professionals to teach you”

Carles Castillejo was directly awarded the project for one year and he is not alone in this challenge. He continues to count on the professionals of Johan Cruyff Institute to guide his work. “Right now, we are immersed, along with Johan Cruyff Institute, in updating a feasibility study that was already done, to see if it is really feasible to build the swimming pool they planned with the management model they want and we are even giving our opinion on how the space should be distributed. I’m lucky to be able to collaborate with Jordi Viñas and Yolanda Tarango on this project and what they take 10 minutes to do takes you two days. That’s where the baggage and the automation that they have of certain processes is, and for you it’s all new. It’s like doing another master’s degree every time I have a meeting with them. They say ‘okay, today we are going to talk about this’ and I’m writing things down because I know that in the end it is valid information that can be used for future projects.”

Carles has long since left behind that feeling of vertigo that comes with retirement. “The most conflictive moment is when you really see that there is this need to generate other income, because in the end the financial part is a priority, and you see that you are alone. I was very sure, I’m a teacher, I’m an education psychologist, but there is a disconnection process caused by sport. You’ve been so focused on sport, on performance for 15 years, that everything you knew is obsolete. You stand on your own, facing the real world, and that bubble you’ve been living in breaks, and you say, okay, now what? That’s when you really get dizzy.”

“The most conflictive moment is when you really see that there is this need to generate other income and you are alone. You’ve been so focused on sport, on performance for 15 years, that everything you knew is obsolete”

Now he is hours away from his new stage as a sport management professional, for which he doesn’t need his legs, but his head. But he’s still hungry, now with more training in sport marketing and sponsorship. “While I’m enjoying it, I’ll keep on studying,” he says with a smile. He could have been satisfied with being the best in one of the many athletics disciplines and decided to try all of them. Why should he be different now?

The World Economic Forum’s future jobs report indicated that Emotional Intelligence (EI) will be one of the most sought ...