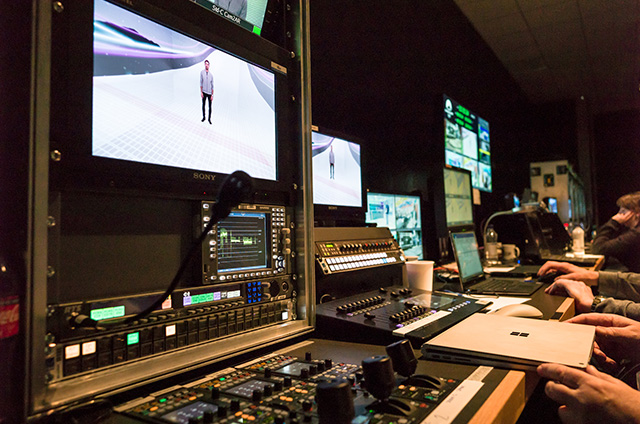 No broadcast partner had delivered the Games at such scale and complexity. And as a part of its plan to redefine the Games viewing experience, Discovery wanted to innovate through graphics and augmented reality services to offer something new and which would enhance the storytelling of the Olympics for viewers. To make things even tougher, this was Discovery’s first ever Games as a rights holder, the first time a single partner had delivered localised Games coverage in 48 markets, and which included bringing every minute of the live action via digital platforms for the first time across Europe.

To meet these challenges, Discovery not only enhanced its in-house team by hiring highly experienced staff with strong Olympic Games expertise, but also partnered with experienced industry-leading external experts to deliver technical services that would redefine Games broadcasting.

Discovery partnered with Deltatre to provide services for both digital and broadcast television to ensure that viewers received the very highest digital experience ever offered across Europe. Deltatre were the systems integrators for Discovery and Eurosport, its leading sports brand, for their PyeongChang 2018 broadcast graphics operation, supporting seven Eurosport studios in PyeongChang, including the innovative ‘Eurosport cube’, and further productions for Eurosport’s UK, French, German, Dutch, Polish, Swedish, and Norwegian markets.

In addition, Eurosport tasked Deltatre to support the graphics build and operations for the ‘Eurosport cube’, an Olympic-first mixed reality studio, using Augmented and Virtual Reality technology to create a fully interactive environment to analyse the action.

The cube allowed medal winners and Eurosport’s experts to immerse themselves and their audiences in the action, better understanding the sport and bringing them closer to the action than ever before.

“In addition to Deltatre’s management and supply of very large set of real-time multi-lingual graphics, the Eurosport cube studio received a hugely positive response from viewers. Conceived by the Eurosport team it was brought to life with the hard work of Deltatre in both graphic design as well as technical equipment use.

“Deltatre’s willingness to be part of our total team onsite, and professionalism of those onsite staff, gave extra confidence that all aspects of their graphics service would work extremely well, and everything did.”

Andrew O’Neil, executive at Deltatre, said: “It was clear from day one of this project that the ambition Discovery and Eurosport had for their on-screen graphics was far beyond that of any other broadcaster we had worked with. Add to that the individual requirements of key Eurosport markets, each with their own local take on their Olympic Games production, this was without doubt an immense, global challenge for all involved. Despite this, the commitment, dedication creativity and innovation brought to this project by both Deltatre and Eurosport was outstanding, and the resulting delivery and output was quite incredible and there for all to see. Discovery and Eurosport have definitely arrived on the Olympic Games scene, and I am very proud Deltatre could play a part in that.”

This article was originally published by our partner Deltatre. Read the original article here

Give your career a boost with the latest live vacancies in the sports industry , or create an account today and stay up to date with all the latest industry knowledge, events and jobs in sport.