A top-flight employer in a time of crisis: Everton Football Club 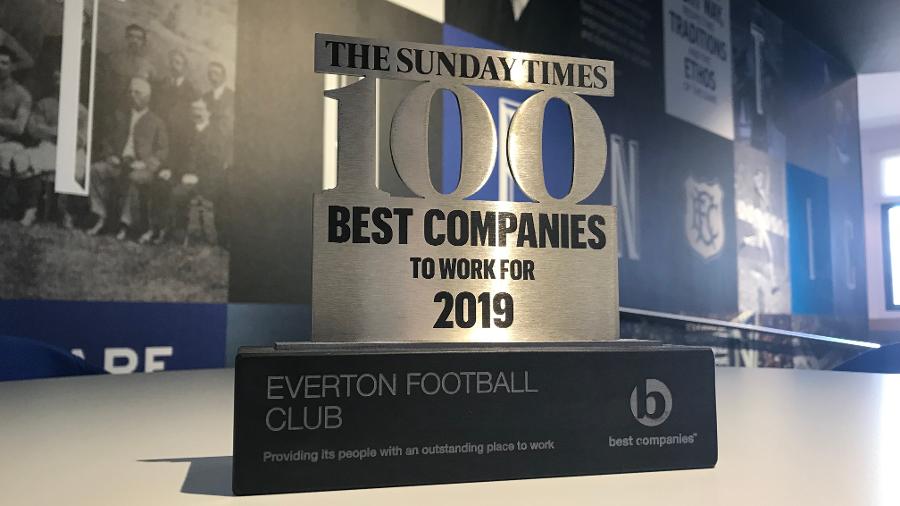 Everton Football Club has an enviable reputation for spending more time in top-flight football than any other club – and it is now also leading the way as a top-flight employer, especially in a time of a global crisis.

Known widely as The People’s Club, Everton was this year ranked 60th in the Sunday Times Top 100 Best Companies to Work For – the third consecutive year it has made the list. It is still the only football club to have ever made it into the prestigious table, which is widely acknowledged as one of the most extensive studies into employee engagement in the country.

Among the criteria for the ‘Sunday Times Top 100 Best Companies to Work For’ is a review of an employer’s commitment to the wider community. Everton’s reputation, alongside its official charity Everton in the Community, saw the Club ranked among the best in the country.

Award-winning charity Everton in the Community engaged with more than 145,816 individuals in the past year. It is recognised as one of the leading sports charities in the UK, with more than 40 innovative, far-reaching programmes tackling social issues such as poverty, unemployment and mental health issues in Merseyside. Staff across the whole Club – even those who don’t directly work for Everton in the Community – are given the opportunity to engage with the charity, whether that is through volunteering, joining its community choir, taking on fundraising challenges or signing up for payroll giving. More than 90% of the Club’s workforce say they feel proud to work for Everton.

That pride now has another cause.

Everton’s decisive response to the UK’s coronavirus pandemic has seen its commitment to its staff and wider community shine through – and lead the way in football.

Within days of the suspension of football due to coronavirus, the Club and Everton in the Community mobilised ‘Blue Family’, a coordinated outreach and engagement campaign to maintain contact with fans and provide vital support and assistance to some of the most vulnerable, socially isolated and at-risk members of the community.

Initiatives include Everton and Everton in the Community staff contacting fans and members of the community in greatest need, to deliver focused support including essential food parcel distribution, financial assistance for prescription purchases and delivery, gas and electricity vouchers and mental health support and advice.

The Club has reallocated some employees to ensure the effective delivery of the campaign, and staff from the Everton Fan Centre are also making thousands of calls to fans to maintain contact and provide a friendly voice, prioritising the elderly and isolated.

Bill Kenwright (Chairman), Professor Denise Barrett-Baxendale (Chief Executive), First-team manager Carlo Ancelotti and his coaching staff and first-team players, as well as members of the Everton Women squad, have also made calls to fans of all ages. The calls were made to supporters who have been through hardship, lost family members or to simply help cheer them up and keep them connected to their team. Players and Everton in the Community staff have also produced a range of wellbeing videos, and the Everton website now hosts educational resources, fitness videos and healthy cooking tips for everyone.

The Club’s Chief Executive Officer, Professor Barrett-Baxendale, was the first representative from football to join the C-19 Business Pledge - a national scheme encouraging businesses, that can, to join the coronavirus effort by pledging to help employees, customers and communities across the country to get through the crisis.

As well as looking after its community, the Club has shown its commitment to caring for its staff. The Club acted quickly to shutdown all working sites for employees before the official government lockdown, using its updated business continuity plan to allow for a seamless transition. 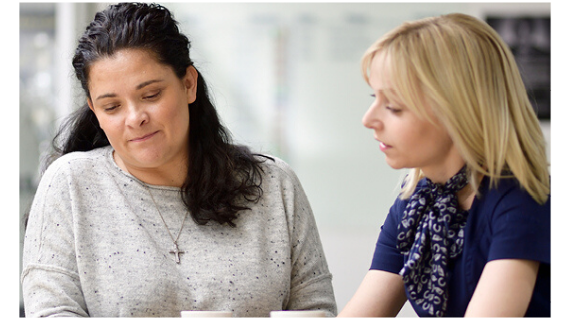 Everton and Everton in the Community has more than 500 permanent staff members, supported by just under 1,000 casual workers who are usually based across five sites in Merseyside: The Club’s new headquarters at the iconic Royal Liver Building; Goodison Park - Everton’s historic stadium; USM Finch Farm – a training base for the Club’s players and Academy; The People’s Hub – where its award-winning charity Everton in the Community is based; The Blue Base – where the Club’s charity runs programmes for the elderly and disabled; and Everton Free School and Football College – an education establishment for 14-19 year olds.

Everton was also one of the first clubs to announce it would continue to pay all directly engaged matchday and non-matchday casual workers, despite the suspension of the football season.

For all staff working from home, they are able to stay in touch through Everton Connect. Launched within just a few days – the daily lunchtime WebEx event led by the People Engagement team and curated by staff themselves – to keep employees across the Everton Family connected, with sessions including yoga, mindfulness, financial advice, music and quizzes and the opportunity to ask questions and request support.

The Club operates an innovative staff wish campaign, where staff are invited annually to make a wish, which the Club may grant. Wishes granted last year included a Management Accountant being given the chance to train with the Everton Women’s team, a staff member going for a coffee with their favourite player, and the Club providing a room makeover for an employee’s ill relative.

“Everton has a ‘One Club’ mentality... We refer to ourselves as the Everton Family, and this joined-up approach has come to the fore as we continue to face the impact of coronavirus."
Kim Healey, People Director at Everton Football Club

Everything the Club does adheres to the four key values it has developed alongside its people: Family, Authenticity, Determination and Ambition. Underpinning these is the Club’s motto - Nil Satis Nisi Optimum motto - ‘nothing but the best is good enough’. These inform the whole employee experience, from recruitment and on-boarding, to development and helping employees plan for their future. Everton is also one of only 14 companies invited to become a Living Wage Foundation Principal Partner, shaping the national living wage movement and ensuring a fair wage for its staff.

Through its All Together Now equality and diversity campaign, Everton has also achieved a number of firsts, such as being the first Premier League club to become a Disability Confident employer, and winning the ‘Champion of Champions’ at the inaugural Autism Gold Awards after training 250 staff in autism awareness as well as employing matchday stewards on the autism spectrum.

In June 2019 Everton was named a Disability Confident Leader, and in February 2020 achieved the Advanced Level of the Premier League Equality Standard (PLES), which provides a framework to guide professional football clubs towards achieving equality in everything they do.

Kim Healey, People Director at Everton Football Club, said: “Everton has a ‘One Club’ mentality that brings all of our teams, our charity, football staff and non-football staff together. We refer to ourselves as the Everton Family, and this joined-up approach has come to the fore as we continue to face the impact of coronavirus.

“We have been able to respond quickly, to stay connected and take decisive, positive action for our staff and our wider community. I am proud of the resilience, determination and Everton spirit show by each and every staff member and their contribution at this challenging time.”

Everton is clearly living up to its inspiring Nil Satis Nisi Optimum motto - making it clear that ‘nothing but the best is good enough’ for its staff and wider community.