6 laws of winning in sport & business 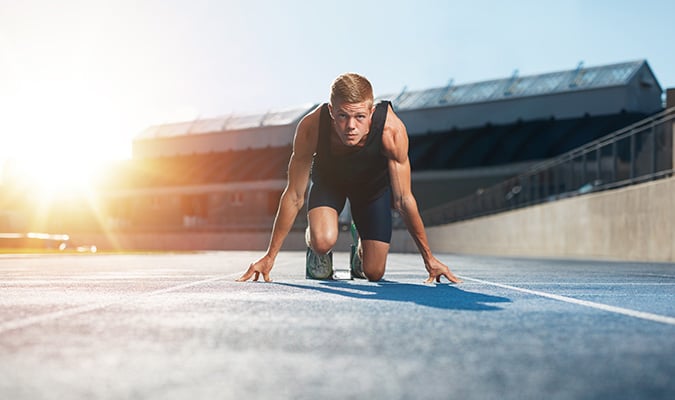 Dr. Fergus Connolly is one of the world’s foremost human performance thought leaders and influencers with over almost 20 years working in elite sport, business and elite tactical units. Here Fergus outlines the 6 common laws that he has observed in truly successful organisations across all sports.

The Law of Knowledge:

It may seem very basic, but it’s often surprisingly overlooked. To succeed in any industry every coach needs to know both the game they are in and understand people. Every successful coach or military leader knows their area in detail or has experts in the areas they are not. Nonetheless, good coaches don’t abdicate responsibility completely and still have a good basic understanding of what they need to know in each area.

The route to knowledge and perspective may be different. Some coaches have played the game; others have played very little, but as Arrigo Sacchi famously said, ‘A jockey does not have to have been a racehorse’. While some great managers and head coaches might confide in their quieter moments that they don’t have the academic knowledge of the game that others do, these are the ones who usually have an unrivalled understanding of human instinct and nature and tend to be able to connect with people and players on a deeper personal level.

That said, you can have all the people skills in the world, but if you don’t have a fundamental knowledge and an understanding of the game, you will still not be successful.

The Law of Human Superiority:

Humans are always and will always be more important than technology. Business and sport are a ‘people business’. For all the hype about new technology and the millions that teams spend on all the latest and supposedly greatest equipment, team sports is still at its core a people business, people have to select it the technology, operate it, implement it and interpret it’s data.

Just as at any successful organisation, actual human beings are always the number-one asset, not state-of-the-art stadiums or fancy training facilities. The best possible equipment is useless unless a team has the right personnel to wield it. And because no combination of technology is perfect, you’re going to have to rely on your people to pick up the slack.

The Law of Intensity and Quality:

Intensity and quality always trump volume and quantity. When confronting the challenges of modern warfare and international terrorism, the U.S. and British military soon recognised that just putting more boots on the ground was a dated and woefully ineffective tactic. They now rely on small, highly trained, and self-reliant groups that can be deployed anywhere at a moment’s notice, putting Stanley McChrystal’s “Team of Teams” approach into action.

The same is true in sports: quantity is rarely effective in the long term. It’s better to have a small, tight-knit group of focused, experienced, and committed people than a massive coaching and back-office staff that doesn’t fully commit to the ideals of the team and head coach. In this way, quality will always beat quantity, even at the “biggest” elite college and pro sports organisations. You’d be surprised how many of the best teams are run by a relatively small number of professionals who get big things done.

The Law of Individualisation:

Highly effective winners cannot be mass-produced in a short training cycle. An old truism in sales is that it costs ten times as much to gain a new customer as it does to keep an existing one, and when applied to personnel staff or players, the value of retention is even greater. Another reason an players or coach leaving hurts a sports organization, is that the knowledge and experience that’s in the persons head when they walk out the door, is lost.

This doesn’t apply just to the obvious coaching, players and specialty staff members but also to those in the operational departments who are crucial to the success of the team but are rarely acknowledged. Say an executive assistant goes to another team after many years of service. That assistant doesn’t just screen calls and set up meetings but knows the ins and outs of the organization. These people are individuals with years of experience and knowledge that has been invested in over many years.

The Law of Preparation:

Everyone prepares and every great coach is described as having ‘great attention to detail’. A truly competent coach prepares for crises before they happen and is ready when chaos unfolds. Once problems manifest themselves, it’s far too late to come up with an action plan for dealing with them. The plan must already exist and be, at a minimum, tested in practice. Preparing players and assistant coaches for every eventuality not only reduces their anxiety and leaves more of their ‘functional reserve’ intact for the game itself, but also requires the head coach to strategize for everything that can (and probably will) go wrong, so there’s a planned response for any eventuality.

This extends to the field and court. Expect the unexpected and prepare for it. Once the ball is in play, emergencies will invariably occur. When the emergency is an injury, the potential replacement for the starting player must be adequately prepared so that they can enter the game and perform effectively.

The Law of Support:

Winners always require outside support, No one achieves success without a support system. This is why many teams create a tribal mentality and a team identity, it’s beneficial in many ways to create an “us against the world” mindset, as this helps players commit to a higher ideal, play for each other, and be loyal to the organization. However, this too can go only so far, because the reality is that no player or team can win independently. Dozens of support staff contribute to the team’s success. This includes those inside the organization—like the maintenance staff who keep the locker room clean, the cafeteria staff who prepare, serve, and clear away the food, and the equipment man- agers who make sure the kit is ready to go for each practice.

It also encompasses a lot of external people who often go unnoticed, such as the bus drivers who get the team to the arena, the hotel staff who check in the team and get their rooms ready, and the airline crews who serve them in-flight drinks and meals. If all these support staff didn’t do their tasks well, the team would be unable to function properly. The behind-the-scenes folks who do the “little things” needed to keep a sports organization on track will put in extra effort for players and coaches who are courteous, respectful, and grateful to them. Conversely, they will not go out of their way to help those who treat them rudely and might even start ‘underserving’ them when they next meet. That’s why the head coach should make it clear to everyone that, whether they’re at home or on the road, the team must treat others the way they want to be treated.

6 basic Laws of successful teams based largely on common sense. But as we all know; common sense is not always common!

This article was written by Dr. Fergus Connolly, one of the world’s foremost human performance experts and has applied performance science with leading sports, military, and business teams. He is the only coach to have full times roles in every major sport, including soccer (Liverpool, Bolton Wanderers), professional and college football (San Francisco 49s and University of Michigan) and rugby (Welsh national team). For more information on Dr Connolly here.