Women in Sport. A day to say thank you. 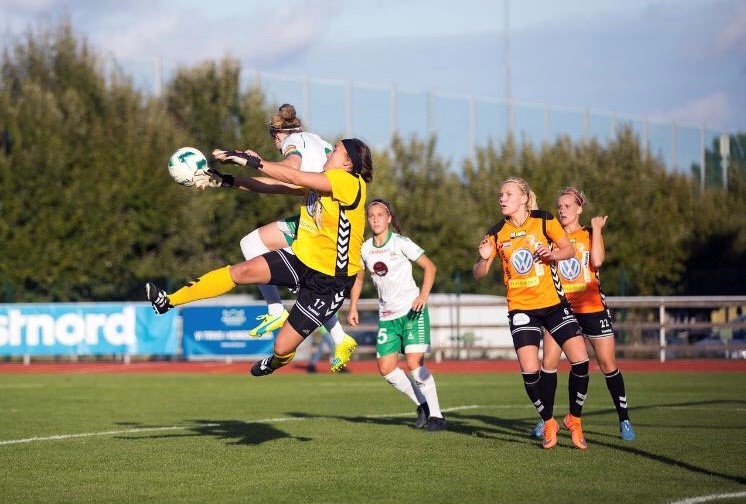 On Internationals Women's day #WID2019, we hear from Arianna Criscione, a former women's intentional footballer who is now building her career in the business of sport following a masters in Football Business. Arianna shares her experiences as a woman on and off the field in sport, on a day we say 'thank you' to all those who paved the way for the bright future of women in sport.

As a woman it is hard not to reflect on the past and the future of women in sport today, March 8th. Today is a day that recognises where we have come for a seat at the table and how far we must go to get more seats. It is not just in sport that woman have had to battle for every inch, but it is the domain that touches me the closest. As an ex professional football player, I have fought many battles on and off the field to advocate for women in sport. But today is even more special to me, for today I will graduate and receive a master’s degree in football business from The Football Business Academy. And while there are only two of us women in the group, I believe the sector has come a long way. There was once a time when the door was closed for women to be a part of sport (for example England banned women from playing organised football from 1921 - 1971) but now women are taking more executive roles and gradually starting to make cracks in the glass ceiling. If it were not for those who came before me, I would not be able to receive my degree this evening. From the women who paved the way for Title IX in the US and allowed me to receive a scholarship to play football at university to all the women who fought their way up the corporate ladder and everything in between. I would like to take a moment to recognise you and say, “Thank you.” The fight is not finished but we are finally being seen.

Now following my graduation, I embark on unchartered waters and begin a career off the pitch. Tomorrow many people will start asking me what I will do now. And I will tell you the truth, I don’t know. There are so many facets to football that fascinate and inspire me, I don’t even know where to start. And thus, my journey to find my place in this big, beautiful and sometimes turbulent world of football begins. When I started my degree, I was worried I didn’t know enough or have as much experience as my male counterparts but today I know differently. I know I worked just as hard as any of them and they respected me for it. In fact, in group projects I was a preferred partner. I learned it’s more about what you are willing to learn than what you already know. That firsthand experience on the field makes all the difference in understanding how to market it off. And that thinking outside the box is not just a catch phrase but a way of life. I believe I am ready for all the challenges that will soon come my way. Not because I’m the smartest person in the room but because I can take example from all those women, whom no one knows their name, who came before me. They’ve shown me that you find your passion and you do it day in and day out, no matter what anyone else thinks or tells you. If you believe in what you’re doing then that’s all that matters. I believe I can make a difference in the football industry and continue the path that those before me have started. I hope to carve my own path in the industry and be respected for the knowledge, hunger and creativity that I bring to the work place rather than filling a quota.

I have already had 3 job interviews for 3 different positions in 3 different companies and I still have no job. There was a time in my life where this would really scare me. But my athletic background forces me to remember that you lose a lot of games before you start winning championships. Finishing my degree gives me all the faith in the world that my skill set will emerge through the black writing on a CV and catapult me into the industry I desire to be in so badly. I know the road ahead will be rough. But seeing all the new and exciting positions in the sport industry give me hope that there is a position out there just for me.

This article was written by Arianna Criscione. Born and raised in the United State Arianna attended university at UCLA and Boston College before beginning a career as a professional footballer, playing in Italy, France, Sweden, Netherlands and Norway. From her Italian heritage she obtained Italian citizenship and was capped with the Women's Italian National Team and played multiple appearances in the Women's Champions League and won major trophies during a decade long career. Throughout her professional career she developed an entrepreneurial spirit and opportunity to see the world which with a passion for football fuels her drive to build a career in the business of sport.