The rise of peer to peer marketing in sport 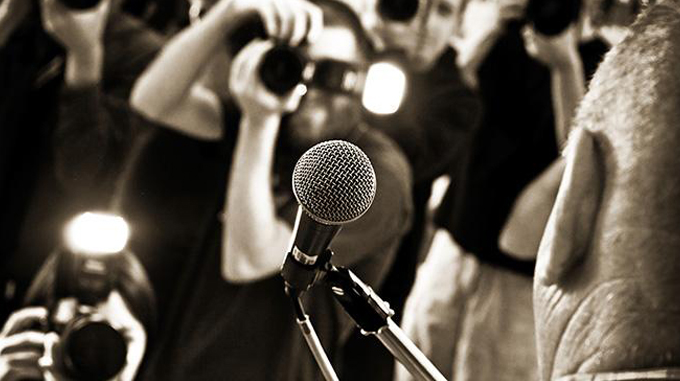 The rise of peer-to-peer influencers across social media is allowing sports brands to penetrate previously inaccessible markets, without investing millions on sports stars to front up their campaigns. Sports brands have used celebrity names to launch or advertise products for decades, but thanks to the rise in popularity of social media, the industry is now witnessing a new breed of influencer.

These key influencers may have fewer followers than the likes of Cristiano Ronaldo, Rory McIlroy and Novak Djokovic, but their value to brands lies in the fact that the public relate to them a lot more easily. They attract customers not because people want to be like them, but because they already are just like them.

The problem with celebrities promoting a product on social media is that the message can lack authenticity. It's transparently obvious that behind the endorsement is a marketing department prompting the star with exactly what to say and how to react to responses.

In contrast, comparatively unknown influencers who actually use the product to augment their everyday lives can add that much sought-after attribute of credibility. An outlet like Instagram is the perfect vehicle for this, where the influencer can show pictures and videos of themselves using the product.

Brands can easily find appropriate influencers by searching social media for users with a high volume of followers. Through Twitter hashtag searches, they can discover who is talking about the brand or product the most.

In fact these peer-to-peer influencers don't even have to have a big following for sports brands to use them to reach niche audiences, according to Fabrizio Perrone, CEO and Co-Founder of influencer marketing platform Buzzoole.

"It is the power of relevance and word of mouth that has allowed peer-to-peer influencers to create a successful business model on Vine, Instagram, Snapchat and other digital media channels," he says.

"Sports brands of all kinds – activewear companies, sporting goods brands, sports equipment manufacturers, etc. – realise that peer-to-peer influencers can have a significant impact on the performance of their respective marketing campaigns."

For example, New York-based indoor cycling studio Flywheel Sports partnered with a new mother to showcase the effectiveness of a product. The 'before' and 'after' image was its most popular Instagram post in 2016.

The influencer showed how she used a Flywheel Sports product to achieve a personal goal, while the brand tagged the influencer to send traffic to her Instagram account and used relevant hashtags to gain traction for its own account.

"Using the influence of normal people results in a powerful legitimacy," Perrone says. "It works best on platforms like Instagram, where the influencer/brand can post images and videos of a sports offering in action."

On a bigger scale, sportswear and casual clothing manufacturer Billabong promoted a female activewear line with the hashtag #billabongwomens, which influencers used when sharing images and videos of them wearing the line on Instagram, Facebook and other digital channels.

Sports brands could learn from the huge success and impact of Sport England’s #ThisGirlCan campaign, which harnessed the power of real people shown doing their regular exercise to inspire more women to take up sport. The peer influencers featured in adverts and commercials primed by social media before the campaign launch. Women spread the word to peers through their own social media by sharing the video millions of times and thereby became co-creators of the campaign. Stats show that 2.8m women aged 14-40 who recognise the campaign say they have done some or more activity as a result, while 1.6m say they’ve started exercising.

Channel 4 recycled its Superhumans ad campaign to increase its Rio Paralympics audience but focused on everyday people rather than only athletes to change society’s views towards disability. The strategy paid off with 11.8m viewers turning into the opening ceremony, 65% agreeing Channel 4’s coverage had had a favourable impact on their perceptions of people with disabilities, while 82% agreed that disabled athletes were as talented as able-bodied.

Even world-famous baseball team Boston Red Sox have got in on the act by linking up with local bloggers who are mothers (i.e. outside what might be called typical 'baseball fan' demographics). They were invited to several special events at Fenway Park, giving the bloggers VIP access to the ballpark and special meet-and-greets with players. In return, the Red Sox received exposure in areas usually impossible to reach for a typical sports franchise.

In some cases, such as with American sports clothing and accessories company Under Armour, influencers are even chasing the company in a bid to join forces in a marketing campaign. The hashtag #teamUA has been employed by a variety of influencers with a limited, but influential presence on the likes of Snapchat and Twitter.

Peer-to-peer influencers are widening the scope of marketing campaigns across the sporting landscape, gaining new customers in previously impenetrable sectors. Earning credibility at a low cost, it's an industry trend that many companies will hope continues for years to come.

Give your career in sport a boost with the l atest live vacancies in sport , or create an account today and stay up to date with all the latest industry knowledge, events and jobs in sport.