How do you use fan engagement to reach new audiences? 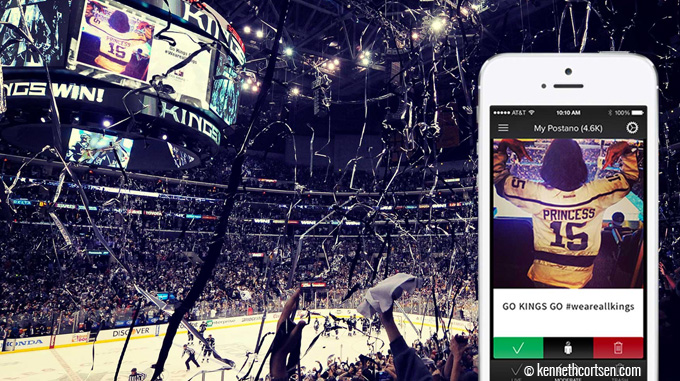 In recent years, sports marketers have used a range of techniques to repackage and reshape their product in order to pierce new spheres of influence. It's a subtle art that, according to GlobalSportsJobs CEO Will Lloyd, "requires creativity, insight and bold, original ideas." Here, we take a look at some of the best examples.

Sport clubs and federations are fortunate that they have a core audience whose passion for their 'product' is innately strong and unlikely to fade. The lifelong fanaticism people have for 'their' sport or team makes them accessible and willing (often hungry) to be engaged with, even by sponsors. Those whose interest and awareness is more casual, or completely non-existent, are a far trickier proposition.

Influencers – individuals with a large social following who carry huge kudos in a particular sector, such as fashion – can be highly useful tools in achieving these kinds of 'breakthroughs'. When used judiciously, they can be effective 'trojan horse' engagement tools outside of their own oeuvres. They have become massively important to some brands' success.

The British Olympic Association harnessed the powerful and credible voices of influencers to increase awareness of Team GB among non-sporting audiences in the build-up to Rio 2016.

Enlisting 'celebrity ambassadors' from outside sport such as DJs Scott Mills and Edith Bowman, singer Rochelle Humes, YouTuber Ali A and cooking and fitness coach Joe Wicks to front behind-the-scenes magazine content extended the reach of Team GB beyond its core sports-mad audience.

Other social influencers and content creators were used; fashionistas on Instagram for example, to extend the profile of the Team GB kit launch.

Sticking with the Rio 2016 Games, Nissan and Fuse produced a fun and shareable piece of content that heightened brand opinion and increased awareness of Nissan's sponsorship of Team GB and ParalympicsGB.

Actors pretending to be corporate sponsors persuaded unsuspecting British Olympic and Paralympic stars to do ridiculous things in the name of promoting Nissan. The results were not only hilarious but, reflected Fuse, "brought a fresh and funny angle to a cluttered space and took awareness beyond the traditional sports fan".

It's not only non-sports fans that brands need to keep in mind when considering their target audience, but those even within the traditional sport fanbase who need some convincing before their interest is piqued.

Research by Nielsen Sports , the global leaders and trusted independent advisors in sports intelligence and measurement, divides fans into seven segments in terms of their attitude to sponsors. The 'busy', 'cynical', 'armchair fans' and 'disengaged' make up well over half of the typical demographical spread. Fan engagement strategies should encompass these groups as well. 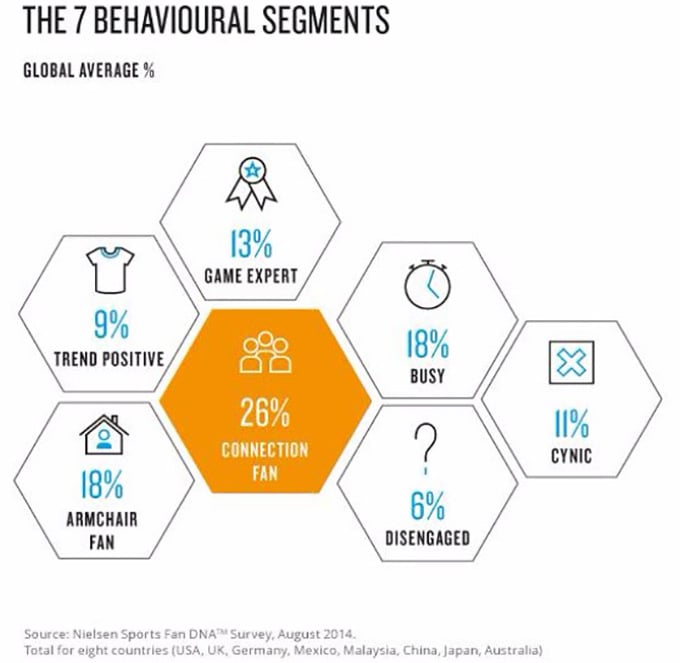 The technique of augmenting the core 'product' into a fresh and captivating spin-off that penetrates new markets is one also taken up by the International Hockey Federation (FIH). During the Hero Hockey World League semi-final weekend in London in June, they launched the 'FIH Social Sofa'.

Fronted by young, zesty presenters and with the eponymous sofa placed by the touchline at the Lee Valley venue in the Queen Elizabeth II Olympic Park, it was broadcasted on Facebook and was described as hockey's answer to Big Brother's Little Brother ; a humorous and slightly irreverent look back at the day's action with interviews, clips and chat. It successfully widened the awareness of an international hockey tournament beyond its core audience of die-hard hockey consumers.

Overall, it's clear that out-of-the-box thinking is key to widening your circle of engagement beyond the dedicated hardcore. Influencers can provide the avenues to connect with these new audiences, while digital and social platforms provide the required tools. All that's needed beyond that are good ideas, ingenuity and flair.

For more information on vacancies at the British Olympic Association, Nielsen Sports, Fuse, the International Hockey Federation and many more, go to the 'search clients' section on GlobalSportsJobs.com .